Today marked the first-ever Run For Office Day. Here’s what that means.

Election night brought historic wins for minority and LGBT candidates across the US in the few states holding 2017 contests.

Now a handful of organizations want to make sure to keep up that momentum by encouraging everyone and anyone to run for something – which is also name of the same organization spearheading the effort. They are focused on engaging Democrats to run in local races, like school boards, city councils and state legislatures – places Republicans made gains during the Obama administration.

Run for Something was formed by former Hillary Clinton campaign staffers, and its goal is to recruit progressive millennials to run for office.

This year, the group is trying to create National Run for Office Day, a new holiday they hope will push Americans to tap into “their potential to lead.” The group said going forward, the holiday will fall on second Tuesday after the second Monday in November – aka a week after every Election Day.

Where did the idea for the holiday come from?

But in the first weekend after launching, Litman said more than a thousand people told the organization they wanted to run for office.

“Since then, more than 11,000 folks have signed up,” she said. “To drive even more recruitment, Run for Something launched our first holiday, National Run For Office Day, this year – one week after Election Day.”

In total, more than 40 left leaning organizations support the holiday.

Earlier this year, Hillary Clinton officially announced the launch of Onward Together, an organization aimed at funding “resistance” groups. Those groups include Run for Something, Swing Left, a grassroots network supporting Democratic House candidates in swing districts; Emerge America, a group urging Democratic women to run for office; Color of Change, a criminal justice reform focused organization; and Indivisible.

Clinton aides told CNN in May that Swing Left, Run for Something and Emerge America have already received funding. On Tuesday, many Democrats promoted the holiday on social media.

“It’s National Run for Office Day!” New York Sen. Kirsten Gillibrand tweeted. “If you’re thinking about running, I encourage you to go for it. #runforsomething http://runforofficeday.com.”

It's National Run for Office Day! If you're thinking about running, I encourage you to go for it. #runforsomething https://t.co/r7CjQybFSZ pic.twitter.com/a6Q76gWkv2

“Today let me tell you the words I wish someone had said to me 20 years ago: You should run for office,” Gillibrand said in the video she tweeted. “With so many important issues at stake, from health care to immigration…we need your views at the table. Your stories, your experiences are unique…your voice matters.”

Run for Something created a YouTube playlist featuring other lawmakers, including Sens. Elizabeth Warren and Kamala Harris, and celebrities like Piper Perabo. 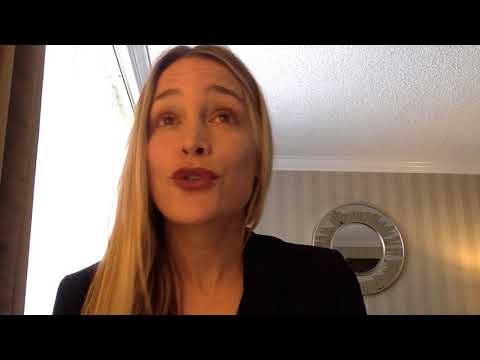 “If you care about your community you’re active in trying to make changes where you live, maybe you should think about running,” Perabo says in a YouTube video. “Before George Washington was president, he was a surveyor. Abe Lincoln ran a store. President Carter was a farmer. You can do it, you should think about it. You could win.”

Some – including activist Blair Imani‏ – utilized the #NationalRunforOfficeDay hashtag on Twitter to challenge individuals to run for something.

How can people celebrate this new holiday?

According to Run for Something, there are three ways to celebrate the holiday: Signing up to let the group know you’re considering running for office, asking a friend to run for office and “eating a cupcake.”

Have efforts to get people to run for office been working?

Yes, according to the early statistics.

And as CNN reported last week: About 19,000 women contacted Emily’s List about standing for election in the entire 2016 cycle, and just since the election of Trump. Advocacy group She Should Run has had an average of 15,000 inquiries since the 2016 election. Applications to Emerge America’s training courses for female candidates from 2016 to 2017 is up 87%.

“People are signing up to run in droves, especially young women, LGTBQ Americans and people of color,” Litman said. “The reality has been that ‘you can’t be what you can’t see,’ and last week, Americans saw a new wave of public officials. We’re here to build the bench, and after Tuesday, we can really see that happening. Now on to special elections and 2018.”

CNN’s Mallory Simon and Kyung Lah contributed to this report