For true-crime TV, lurid details and high-profile stories are often no longer enough. In the wake of “The Jinx” and “Making a Murderer,” networks are not just reheating old cases – the colder, the better – but also attempting to solve them.

The main problem with the “Let’s try solving this” strain of TV’s true-crime wave is that it tends to breed hyperbole and bad habits, ratcheting up pressure to deliver some kind of conclusion, while teasing out and hyperventilating over relatively small details.

This month brings a dizzying deluge of true-crime series and specials, including “Dahmer on Dahmer: A Serial Killer Speaks” (Oxygen’s two-part special about the notorious serial killer Jeffrey Dahmer, which dredges up an old Nancy Glass prison interview) and “Cold Blooded: The Clutter Family Murders,” a SundanceTV two-parter about the case that Truman Capote chronicled in the book-turned-movie “In Cold Blood.”

Yet a separate subgenre focuses on solving – or sometimes re-litigating – long-dormant crimes.

A&E will launch “Who Killed Tupac?,” a six-part series that features civil-rights attorney Benjamin Crump and a team of investigators seeking to answer the show’s central riddle. (Shakur’s brother, Mopreme Shakur, serves as a series consultant.)

History, meanwhile – having enjoyed surprising success with “Hunting Hitler,” which speculated as to whether the Nazi leader might have escaped Germany – revisits “The Hunt For the Zodiac Killer,” using new techniques, like computer code-cracking and DNA, in an effort to solve the serial slayings that occurred in California during the 1960s and early ’70s.

A&E, in fact, has plunged into the genre, having presented “The Murder of Laci Peterson” as a multi-part series that sought to cast doubts on the conviction of her husband, Scott Peterson; and scheduling another sensational upcoming title, “The Menendez Murders: Erik Tells All,” drafting in part off NBC’s limited series. The network’s strategy, in fact, virtually mirrors dedicated true-crime channel Investigation Discovery, which will launch its own serialized docu-series about strange small-town doings in the 1990s, “Village of the Damned,” on November 28.

Of all the programs cited, the most engrossing is “Cold Blooded,” perhaps because it has more on its mind than the typical who or even why aspects of the crime. 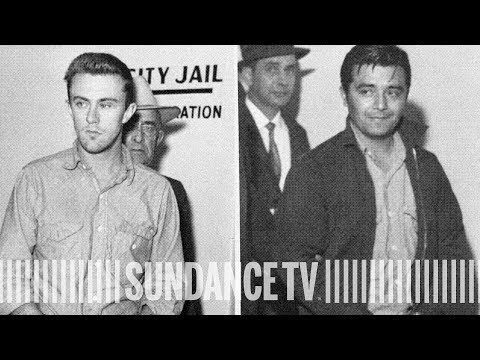 Not only does director Joe Berlinger’s documentary recount the grisly details of the 1959 killings that shook the state of Kansas, but the second half examines Capote’s writing of the book, gaining the killers’ confidence and rather ghoulishly waiting for their execution – in the face of several stays – to give his story a genuine ending.

The project also explores the significant toll that “In Cold Blood,” and the celebrity that came with it, exacted upon its author, who is shown appearing drunk during a TV interview. “Truman Capote never survived ‘In Cold Blood,’” observes biographer Gerald Clarke.

The promotable nature of the genre has created a feeding frenzy for such material, ranging from familiar stories to more obscure ones. The latter provided the basis for Netflix’s “The Keepers,” about a slain nun; and A&E’s “The Eleven,” about multiple murders of teenage girls in Texas in the 1970s.

SundanceTV will make “Cold Blooded” the centerpiece of a “True Crime Weekend” movie marathon, which includes not only a restored version of “In Cold Blood” but also “Zodiac” and “Summer of Sam.”

Throw in the boom for scripted series devoted to salacious cases, a la “The People v. O.J. Simpson: American Crime Story,” and TV looks more determined than ever to prove that crime pays. And pays and pays.

“Dahmer on Dahmer: A Serial Killer Speaks” premieres Nov. 11 at 7 p.m. on Oxygen.

“Village of the Damned” premieres Nov. 28 at 10 p.m. on Investigation Discovery.