As millions of women continue to share their stories of sexual abuse and harassment in the wake of the Harvey Weinstein scandal, men from all walks of life have responded.

Using hashtags such as #IHearYou, #IWillSpeakUp and #HowIWillChange, they are pledging to treat women with respect and challenge other men when they don’t. 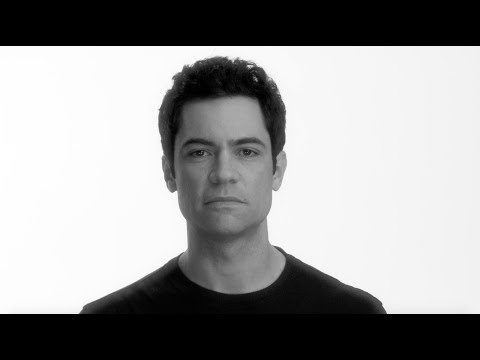 If men need help keeping their pledge, the good news is that there are many established organizations with proven track records of helping erase men’s ingrained attitudes toward women. The bad news: many of them have been providing resources to men for decades. So why haven’t more men used them for self-reflection and change?

“Many men haven’t felt this is their problem because they don’t see themselves as the bad guy,” said Ted Bunch, who co-founded A Call to Men, a men’s violence prevention and socialization organization. “But what they don’t understand is that even though most of us are not abusive, we are silent. And that makes us a bad guy.”

“It’s always been men’s responsibility to prevent gender-based violence,” agreed Neil Irvin, executive director of Men Can Stop Rape. “But you have to first see something as a problem before you can gain the skills to impact that problem in a positive way.”

‘We want to go upstream’

How #MeToo could move from social campaign to social change

To create a lasting shift in how men treat women, experts say, prevention is key.

In A Call to Men’s approach, trainers lead group conversations with men, usually ranging in age from 18 to 25; they also offer a nine-week middle- and high-school program called LiveRespect. Much of the conversation in these groups is focused on what A Call to Men CEO and co-founder Tony Porter calls the “man box”: definitions of manhood that box men in and limit how they think and feel.

Harvard Medical School psychologist William Pollack calls it the “boy code” and has written extensively about his research on the constricting behavioral rules and regulations society places on boys as they mature.

“The Boy Code puts boys and men into a gender straitjacket that constrains not only them but everyone else, reducing us all as human beings,” Pollack writes in his book, “Real Boys: Rescuing Our Sons from the Myths of Boyhood.”

Wearing a mask that is ‘glued to your face’

RahK Lash was 19 when he attended A Call to Men seminar and felt an immediate connection to the concept of the man box. As the only son in a family of daughters, he says he grew up expected to conform to a narrow definition of manhood.

“My father was an all-state running back; all my coaches went to school with him and expected me to be like him in baseball, basketball, wrestling,” Lash said. “Personally, I was more interested in art, drawing and dance. But I pushed a lot of my own passions aside.”

Once he got to college, he continued to feel restricted as he tried to match his behavior with what was expected by his fraternity brothers.

“I was raised with strong morals, but I didn’t feel like I had the freedom to live my way,” Lash explained. “I lied a lot, to fit into this masculinity game. It was tiring and exhausting trying to keep up the façade.

“I always felt like this wasn’t me,” he said. “It’s like wearing this mask. And if you wear it too long, it becomes glued to your face. And you begin to think ‘this is who I am.’ “

It would take years, and a sort of reinvention, for Lash to shed his mask.

The strict, defining rules of the man box start at an early age for boys, Porter says – much younger than you might imagine.

“The moment you tell a boy to stop crying – and for some of us, that’s about 3 years old – you’re teaching him to stop feeling,” said Porter, the CEO of A Call to Men. “Boys are taught to have no fear, to be daring. Asking for help is also viewed as a sign of weakness, and that is also taught to our boys early on. We tell them to ‘go figure it out on your own.’ The only emotion young boys have permission to express is anger.”

How to teach children about gender equality

Justin Coulson, an Australian family psychologist who runs workshops with adolescent boys on sexuality and the impact of pornography, agreed: “It starts in those first few years. Studies show that even though Mum is working today, she still does most of the housework and parenting. Many young boys grow up watching and internalizing this.”

Gender stereotypes are all too often reinforced at school, on the playground and in the classroom.

“By middle school, the message of what it means to be a man really takes hold,” Porter said. “In elementary school, you can still tell boys to grab each others’ hands, and they will do it, but middle school is when society’s messages begin to really set in.”

By the time a boy hits puberty, when studies show he will experience a decrease in empathy, he’s probably been exposed to pornography that “illustrates women as objects to be abused and treated appallingly,” Coulson said.

“Even though they know it’s not ‘real,’ boys’ beliefs about intimacy shift, along with sexuality,” he added, “and their behaviors follow. The fact that they are swimming in a sexualized society that consistently highlights the dominance of men over women makes it almost impossible to avoid.”

The fight against gender stereotypes starts at birth, Coulson said, with men setting a good example.

“It’s not just dads,” he said. “Grandfathers and uncles, all the men who are in these boys’ lives, have to be respectful and give women a voice. In my family, my wife and I work as a team. I’m not the final decision-maker; we are the decision-makers. Little kids pick up on that.”

Of course, moms play a role in the socialization of men, too.

“We hear women say, ‘I tell my son to man up, to stop crying, to toughen up,’ because those moms are concerned that their boys will be seen as weak and less than a man,” A Call to Men’s Bunch said. “These rules that are in place are set up by men, and women are socialized by those rules. When men start saying things differently, women will, too. Men set the tone.”

By preschool, experts say, it’s time to monitor children’s media intake, which is packed with prescribed messages on how a boy and a girl should look, feel and behave.

“We live in a culture that is saturated with disrespectful words and behaviors between men and women, and we need to put our effort into replacing those,” said Kristen Houser, chief public affairs officer at the National Sexual Violence Resource Center.

What media teach kids about gender can have lasting effects, report says

“If you are watching TV, playing video games or listening to the radio with your children, you have constant opportunities to pull out a lyric or discuss a theme and ask them, ‘Does this happen in your school? What do the kids say about it? What would you do if this happened to your friend?’ “

Start talking about sex early, Coulson says. Most children know how babies are made by age 8.

“So get in there and pre-arm them,” he urged, “so by the time they are in middle school, they understand kindness and consent and respect. Teach them ‘yes’ has to be an enthusiastic yes, and just because they said yes once doesn’t mean they will say yes again. You need yes for each intimate interaction.”

‘Start where you are’

Most men today did not grow up in that optimal gender-neutral environment. Does that mean that it’s too late for lasting change?

“If it’s too late, then start where you are,” Coulson said. “So if you’ve got a 15-year-old and you’ve never started, start today.”

Porter’s advice: “How do we engage boys and men? With what we call developing a voice. Men are on remote control, steeped in tradition, just doing what we’ve always done and blind to what is around us. So A Call to Men has various exercises, handouts, videos, social media, any tools that can create an ‘aha’ moment for men.”

For Lash, the A Call to Men program was like “a breath of fresh air.” After the seminar, he invited Porter to speak on his college campus and then started a men’s organization that met monthly to discuss topics such as hypermasculinity, dominance and aggression.

Today, Lash, 26, is the director for multicultural affairs at Ithaca College in New York and volunteers for A Call to Men, running youth summits and implementing the nine-week LiveRespect curriculum in local schools. He feels that multiple sessions are needed to establish rapport and break down the boys’ initial defenses.

“When we initially start, there’s always a lot of discomfort,” Lash said. “The kids will say, ‘We’re not physically hurting girls. We’re OK. We’re the good ones’ to show they are ‘woke’ and prove they don’t need to be here in the seminar.”

By the end of the program, he said, the boys will be coming up to tell him how they challenged an inappropriate comment by someone on their basketball team or on social media. He sees himself in their experience, as they learn to self-regulate.

“It’s been a transformative experience,” he said. “My internal voice, my moral compass, the voice inside my head now sounds like my father and Tony Porter. And that has helped me in so many relationships, as well as with my students, as I try to model healthy masculinity and shift the culture on campus. I know I’m very happy with the person I am now.”