Sayfullo Saipov, the man accused of killing eight people in this week’s terror attack in New York, is reportedly talking to authorities. What he has to say is chilling: According to a criminal complaint, he allegedly “felt good about what he had done” and had been planning the attack for a year.

Authorities say the suspect is Sayfullo Saipov, 29, a native of Uzbekistan who moved to the United States in 2010 and most recently lived in New Jersey. According to police, a note left near the truck used in the attack says it was done in the name of ISIS, although the terror group has not publicly claimed responsibility.

We also know that 28-year-old New York police Officer Ryan Nash shot and apprehended the suspect as he tried to flee, effectively ending the deadly rampage. The suspect was rushed to the hospital, and officers were able to talk to him before he went in for surgery Tuesday.

Video Ad Feedback
02:56 - Source: CNN
What we know about suspect in NYC attack

The House Intelligence Committee released a small sample of the 3,000 ads a Russian troll farm purchased on Facebook during the 2016 US presidential election. They focused on divisive issues such as immigration, religion and race, and some mentioned Donald Trump, Hillary Clinton and Bernie Sanders by name.

Video Ad Feedback
01:16 - Source: CNN
Tax reform in the spotlight in the U.S.

North Korea is working on an advanced version of its existing KN-20 intercontinental ballistic missile that could potentially reach the United States, according to a US official. This newly assessed ICBM is just one part of an accelerated effort by Kim Jong Un’s regime to improve every part of its missile and nuclear weapons attack capability as quickly as possible. While it’s scary news all around, the development chiefly means the United States has to recalculate the timing of the threat that a North Korean missile could pose to the country, and rethink what kind of response would be most effective.

At the hearing, held by the Senate Judiciary Subcommittee on Crime and Terrorism, lawmakers pressed the tech companies on their ability to prevent bad actors from taking advantage of their platforms through ads and regular posts. Some, such as Facebook, were questioned as to how, with such sophisticated technology, they couldn’t smell something amiss when massive ad payments showed up from Russian sources.

The CIA has released a huge collection of files connected with the 2011 raid that led to the killing of Osama bin Laden. This newly released info includes the al Qaeda founder’s personal journal. CIA Director Mike Pompeo said the release “provides the opportunity for the American people to gain further insights into the plans and workings of this terrorist organization.”

Dennis Carver and his wife, Lorraine, in an undated family photo.
From Facebook

Game 7 is the end of the line, folks, so whoever wins this one tonight gets all the baseball marbles.

Actress Rose McGowan has a warrant out for her arrest.

The warrant for a drug charge is months old, but she’s questioning the timing since it comes after she’s been so outspoken about sexual assault in Hollywood.

Buying legal marijuana in California? You could be taxed 45%.

At that rate, you might as well just roll your money up and smoke it instead.

Here’s what’s streaming on Netflix, Hulu and Amazon in November.

Get your binge-watching fingers ready!

If you’ve been agonizing over how to communicate your love of broccoli or giraffes, consider your prayers answered.

“I wish them the very best. That’s what every American should wish for the people in the White House since they are our President and first family.” 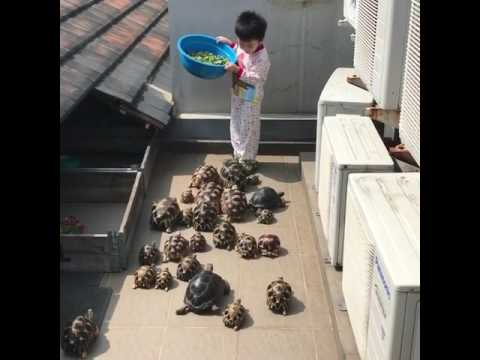 You think it’s just a tangerine being peeled, but …

CORRECTION: This story has been updated to reflect the note claiming that the attack was made in the name of ISIS was found near the truck.