How #MeToo could move from social campaign to social change

#MeToo has been used in 85 countries around the world

A new campaign is encouraging men to take action: #IWillSpeakUp

It’s the hashtag that rocked the world.

Since #MeToo went viral two weeks ago in the wake of sexual harassment allegations against producer Harvey Weinstein, Twitter reports that more than 1.7 million women and men have used the hashtag in 85 countries.

In Italy, women rallied behind a version called #QuellaVoltaChe, which translates to “That time when,” while French women decided to out their harassers by name under #BalanceTonPorc, which roughly translates to “snitch out your pig.”

But can a hashtag, a meme or any viral moment – no matter how widespread – really turn into a lasting movement that that will create social change and reduce sexual abuse of women?

Maybe. But experts say it’s going to take a coordinated effort between antiviolence organizations, the media and Hollywood as well as concrete actions from each and every one of us, especially men.

“I am really tired of talking about women,” said Toni Van Pelt, president of the National Association of Women. “We must focus on the men. We must be demanding that the men step forward and take responsibility, whether they think they are the good guy or not. They are not the good guy if they are not speaking out against this, if they are allowing the bullying to continue.”

A Call to Men, a violence prevention and male socialization group, is hoping the launch of its new campaign, #IWillSpeakUp, will help the cause.

“We felt like we really needed to respond because it’s out of control,” A Call to Men co-founder Ted Bunch said. “And it’s not just Hollywood. Viewing women as objects, property and having less value than men is something that all males have been taught, even by ‘well-meaning men,’ and we pass that on to our boys. So this has to become a men’s issue, because men won’t stop unless other men say so.”

Launched Monday in conjunction with the Joyful Heart Foundation, founded by “Law and Order: SVU” star Mariska Hargitay, the campaign includes an op-ed and public service announcement featuring male celebrities such as Danny Pino, Blair Underwood, Christopher Meloni, Anthony Edwards and Peter Hermann, who all encourage men to pledge better behavior toward women under the hashtags #IWillSpeakUp and #SupportSurvivors.

The theme of the PSA is “I’ll say something next time,” Bunch explained. “It finishes with a line that we frequently use when we train men on healthy, respectful manhood: ‘Most men are not abusive. But they are far too often silent about the abuse committed by other men. Their silence is as much of the problem as the abuse.’ “

Social media is littered with the digital bones of once-vibrant hashtags and memes, so getting the momentum behind #MeToo to translate into literal action could be an uphill battle.

Last year, Canadian-born writer Kelly Oxford shared her story of being groped at age 12 on the bus; the response from women to her #ItsNotOkay was unprecedented. But it soon faded.

#MeToo was created over a decade ago by female activist Tarana Burke, who works with Girls for Gender Equity and founded Just Be Inc., organizations focused on empowering women of color. She launched the hashtag after her own experience with abuse kept her from helping a traumatized young girl.

“I could not find the strength to say out loud the words that were ringing in my head over and over again as she tried to tell me what she had endured,” Burke wrote on her website. “I couldn’t even bring myself to whisper…’me too.’ “

I was just made aware of an earlier #MeToo movement, and the origin story is equal parts heartbreaking and inspiring https://t.co/tABQBODscE

Though Burke sees #MeToo as a movement, she admits that the hashtag’s popularity ebbs and flows. “I’ve seen it happen over and over again in small waves, but to see it happen en masse has been pretty amazing,” she told CNN.

Some social activists blame the media for the public’s short attention span, believing that online interest is driven by the amount of time and attention the press gives to any given subject. Just look to #Charlottesville, #Ferguson and #BringBackOurGirls.

Others point to “slacktivism,” a portmanteau of “slacker” and “activism,” as part of the problem. It’s a pejorative term coined by sociologists to describe keyboard activists who react to an online movement so they can feel good about themselves, but these social “slackers” are thought to stop short of taking offline action.

“Saturday Night Live” poked fun at armchair activism this year with a skit called “Thank you, Scott,” starring comedian Louis C.K. as a well-meaning man who shares a few articles with his Facebook friends. 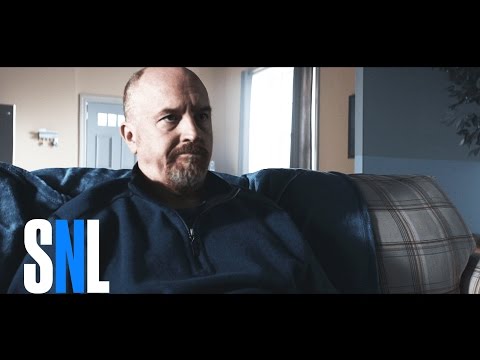 But it’s no laughing matter. A University of British Columbia study found that public displays of support, such as “liking” a charity online or wearing a lapel pin, hurt that charity’s fundraising efforts, as people failed to follow through with their wallets or volunteer their time. Private displays of activism, such as signing a door-to-door petition, fared better.

Keyboard apathy is such a problem in fundraising that in 2013, UNICEF Sweden tackled it with a hard-hitting poster and video campaign: “Like us on Facebook and we will vaccinate zero children against polio. We have nothing against likes, but vaccines cost money.” 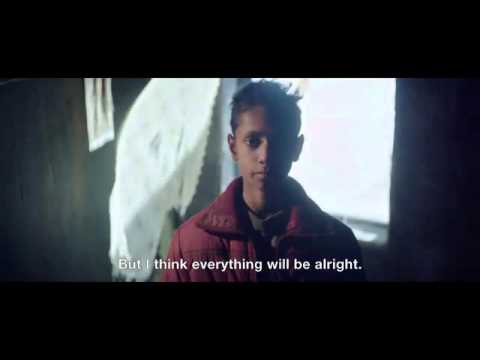 There have been successes, most notably the 2014 ALS #IceBucketChallenge, which raised more than $115 million for causes related to amyotrophic lateral sclerosis, also known as Lou Gehrig’s disease. According to the ALS Association, more than $77 million of that went to research, which recently scored by uncovering a key gene, NEK1, that contributes to more than 3% of ALS cases.

Another hashtag to make the leap from online social activism to the street was #BlackLivesMatter. It burst onto the scene after the 2012 killing of African-American teenager Trayvon Martin by George Zimmerman, a white Hispanic man. #BlackLivesMatter gained national prominence during violent protests in Ferguson, Missouri, following the killing of 18-year-old African-American Michael Brown by a white police officer and has since grown to 40 chapters, including Canada and Britain. This summer, the group won the 2017 Sydney Peace Prize.

Though much has been written on the demise of the hashtag and what that means for the movement, co-founder Patrisse Cullors disagrees. “It’s not a hashtag that built the movement,” she said in an interview with the Los Angeles Times. “It was organizers, activists, educators, artists – people who built an actual infrastructure so that a movement can exist and have life.”

From meme to movement

That’s exactly what is needed to solidify #MeToo’s viral legacy, according to sociologist Jen Schradie, who studies digital activism for the Institute for Advanced Study in Toulouse, France.

“Based on my research, the movements that are most successful are those who have an organizational infrastructure in place: a network, a coalition, a united front of a group of celebrities or established organizations,” she said.

me too trauma trigger
CNN

For some, #MeToo sexual assault stories trigger trauma not empowerment

She points to the civil rights movement as the ultimate example of success.

“I’ve found that the groups that can sustain high levels of online participation are those which are more structured and have volunteers and staff dedicated to keeping that online effort in place.”

“People want concrete ways to be part of a solution, and that’s where the #MeToo movement needs to go,” said Kristen Houser, chief public affairs officer at the National Sexual Violence Resource Center.

“Talking about victimization doesn’t end victimization,” she said. “We need people to intervene. We need whistle-blowers. Parents need to be great role models. Ask your school, church, civic organizations and youth sports clubs to be proactive. Walk the walk in your own home.”

Many of these men’s and women’s rights organizations say that all anyone has to do to get involved is reach out to the many local, state and national organizations that have been fighting for equality for women for decades. Volunteer. Donate time and money. Do more than lift your finger to “like.”

“Funding for prevention work is hard to get, yet investment in this space is critical,” Bunch said. “We are trying to go upstream and prevent things before they start. It’s not in a man’s DNA. It’s not who we are. We are socialized to behave this way. That has to stop.”

“This could be a watershed moment if this connects the dots,” Van Pelt said. “Connect the dots from a culture of male authority and patriarchy to the fact that women do not get equal pay; connect the dots to birth control and abortion that is being kept from women.

“Because if women are in position of authority, they will help stop the submission of other women,” she continued. “So that men can’t corner them, can’t force them into sexual acts, because women won’t need the financial stability. The economic security.”