Why warehouse conversions are sweeping the globe

Industrial warehouses are being converted into homes, offices, restaurants and shops

Warehouses are popular for their high ceilings and expansive spaces, particularly in crowded modern cities

In the late 18th and early 19th centuries, the Industrial Revolution saw countless industries depart from the handmade era as machine-based manufacturing processes swept the globe.

Architecture, as it always does, responded, and the humble warehouse evolved to accommodate this new type of industry.

In cities such as Manchester, England, the distinctive cotton warehouse, for example, proliferated, with these imposing structures becoming physical markers of their time.

In recent decades, however, many of these brick buildings are standing empty.

But perhaps not for long.

From the old spice warehouses of Singapore to the graffiti-covered derelict storehouses of Paris, industrial renovations are re-energizing metropolises worldwide. 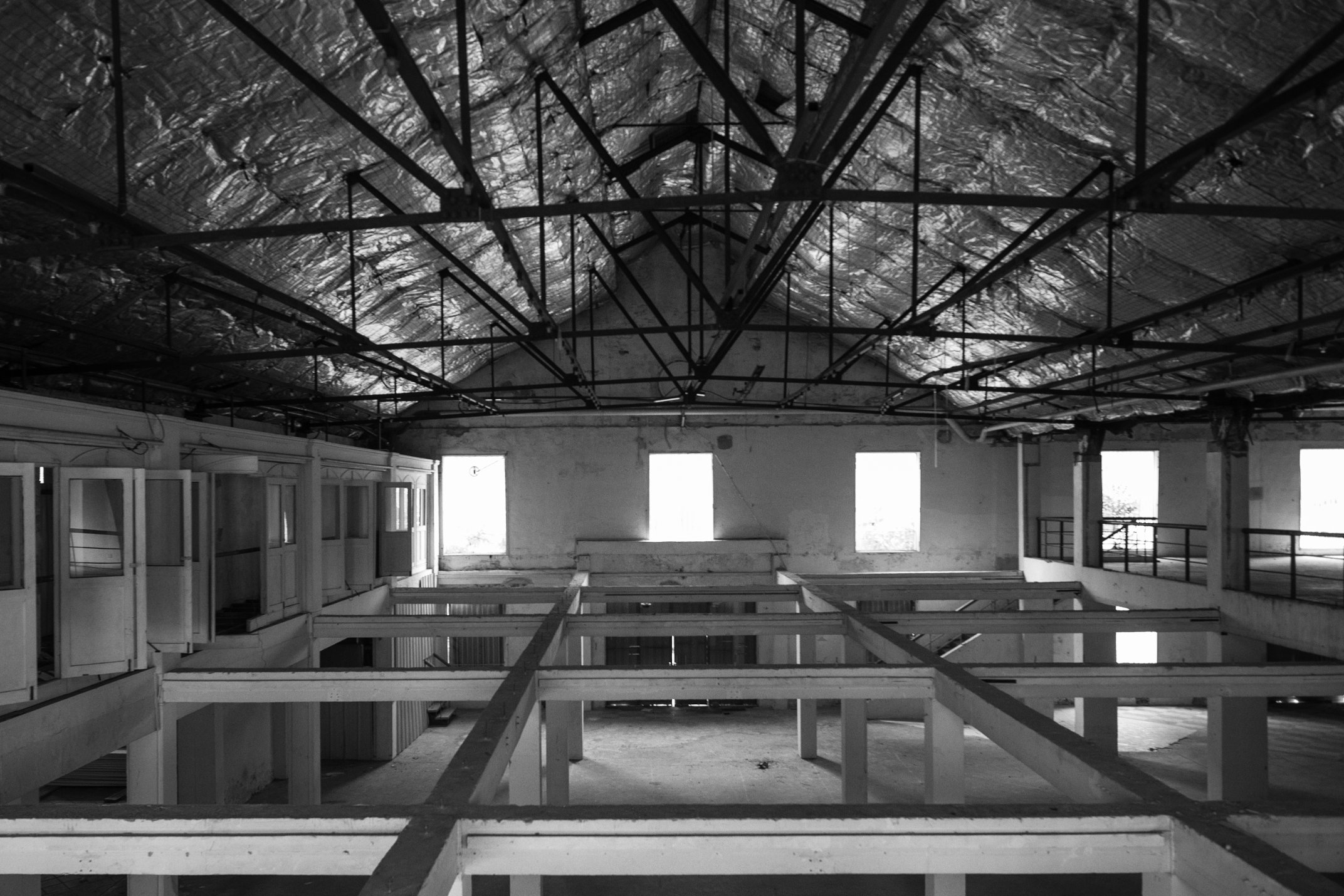 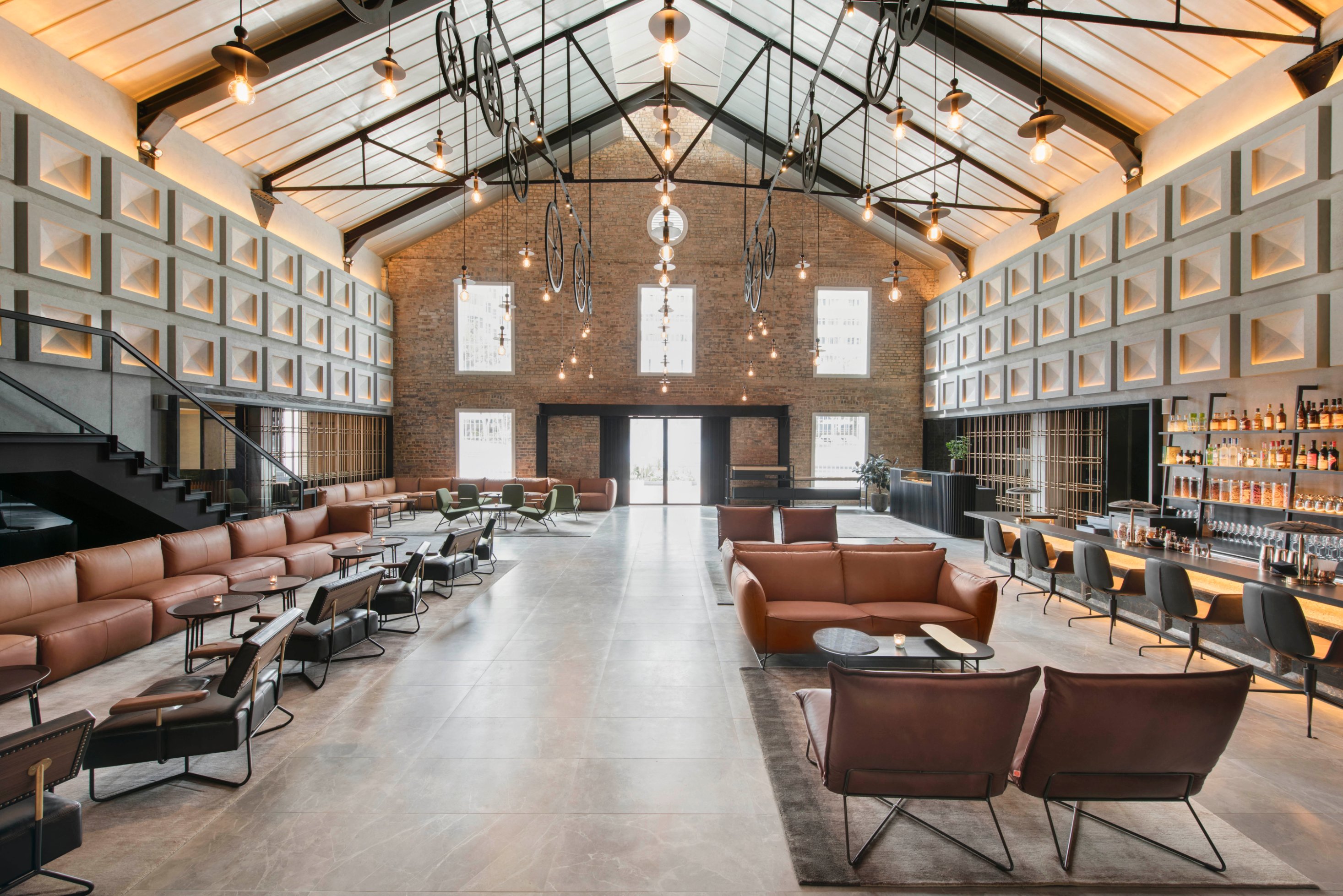 A before and after image of The Warehouse Hotel in Singapore.The hotel was once used as a storage warehouse during the height of the Singapore spice trade.

Warehouses, as we know them, were first built when nations “were finding trade routes and building vessels that could go further,” says Shumi Bose, an architectural historian.

“Trade increased by a tremendous degree (during this time) and we needed larger, strong buildings to store the goods,” says Bose.

Strategically located by waterways and railways, warehouses also had big windows to allow larger materials to be brought in through them.

“These buildings were built very practically with one thing in mind – to get the goods into the buildings with a minimum amount of effort,” says Bose.

After the decline of the industrial revolution, huge warehouses became obsolete, and as industry moved out of their neighborhoods often crime and prostitution moved in, says Bose.

It wasn’t until the 1990s and early 2000s that warehouses started to enjoy a renaissance.

“Let’s look at New York as an example. The warehouses and lofts in downtown Manhattan were completely derelict in the 70s and very cheap,” Bose says.

“It is only when artists started living there did it start to (become trendy). The art and creative community, in one way, established the regeneration and renovation (of these buildings).”

The Meatpacking District in New York was one of the first places where warehouse conversions took place.

For 100 years, this area had housed slaughterhouses and meat wholesales until the late 1990s when trendier businesses and artists started moving in.

Brian Rose is a New York based photographer whose book “Metamorphosis: Meatpacking District” features images of the area in 1985, when the area was industrial, compared with photos he took in 2013, when it was largely a shopping an entertainment zone. 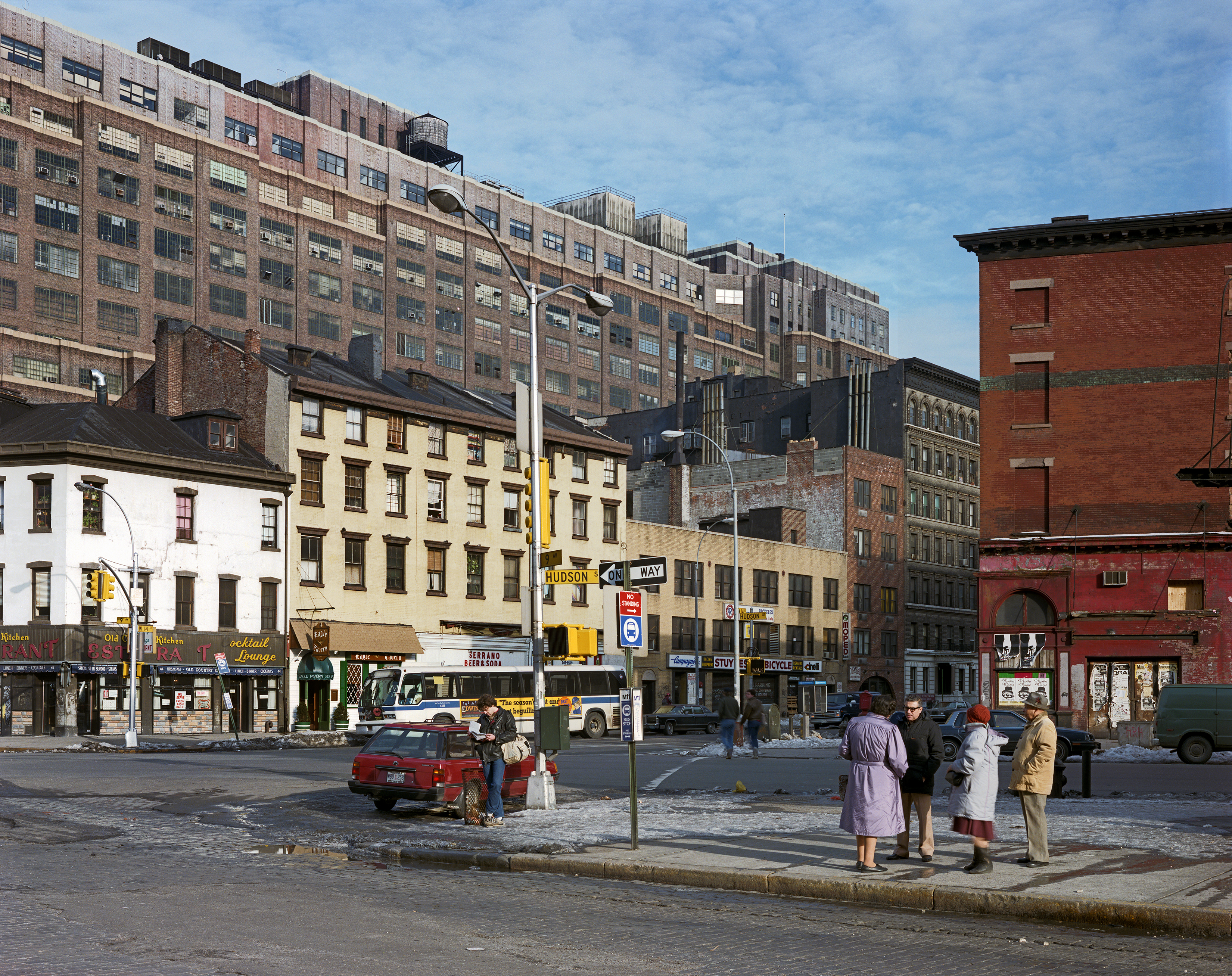 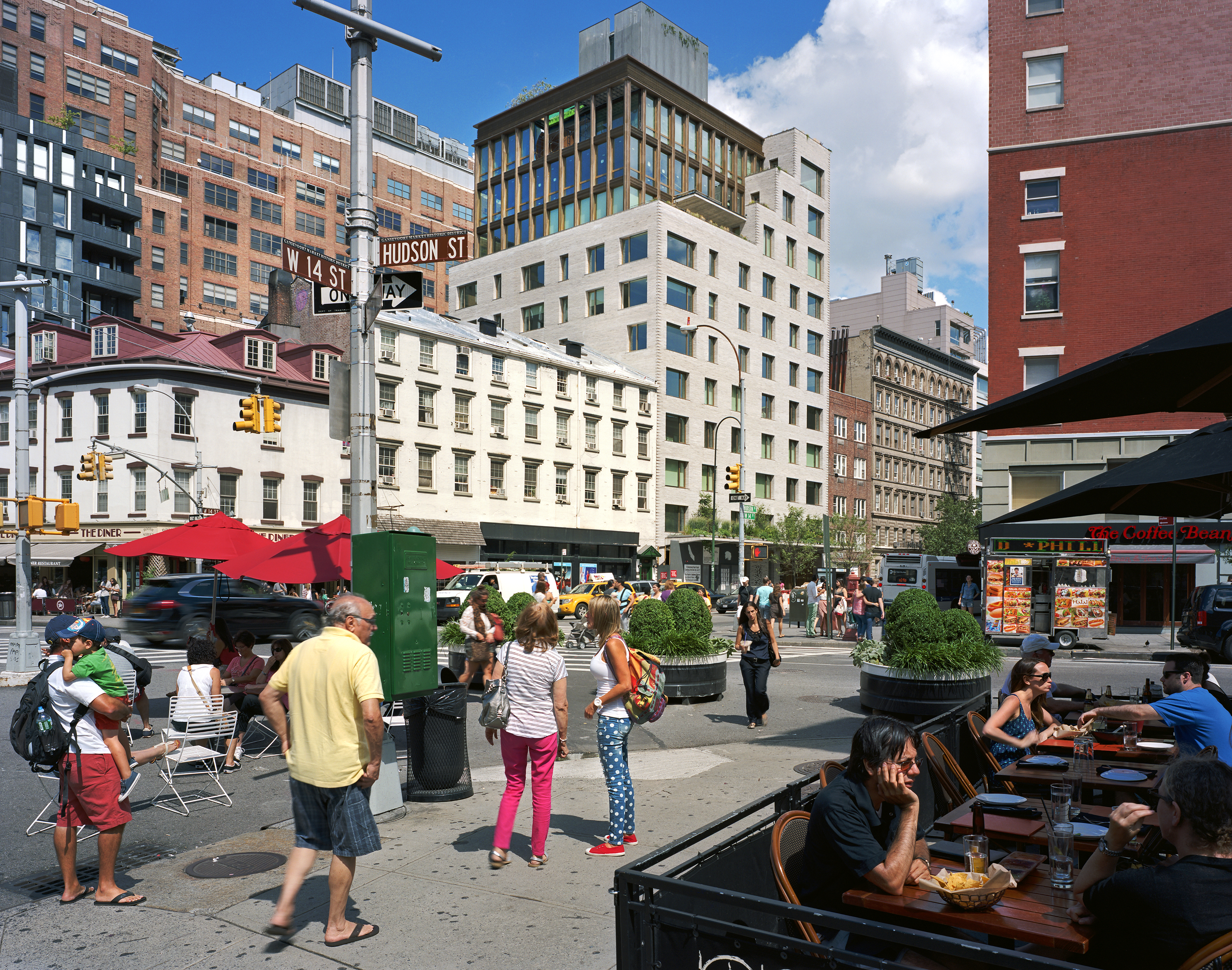 “The neighborhood was a tough environment to deal with. But there was no doubt about the atmospheric quality of the streets and architecture, and once the market closed up, change came on explosively,” he says.

“In all my time in New York, I’ve never seen a place transformed so completely in such a short period of time.”

The area now boasts of hundreds of shops, cafes, work and residential spaces, many located in old industrial buildings.

“It’s a really fascinating mix of the old and the new,” says Rose. 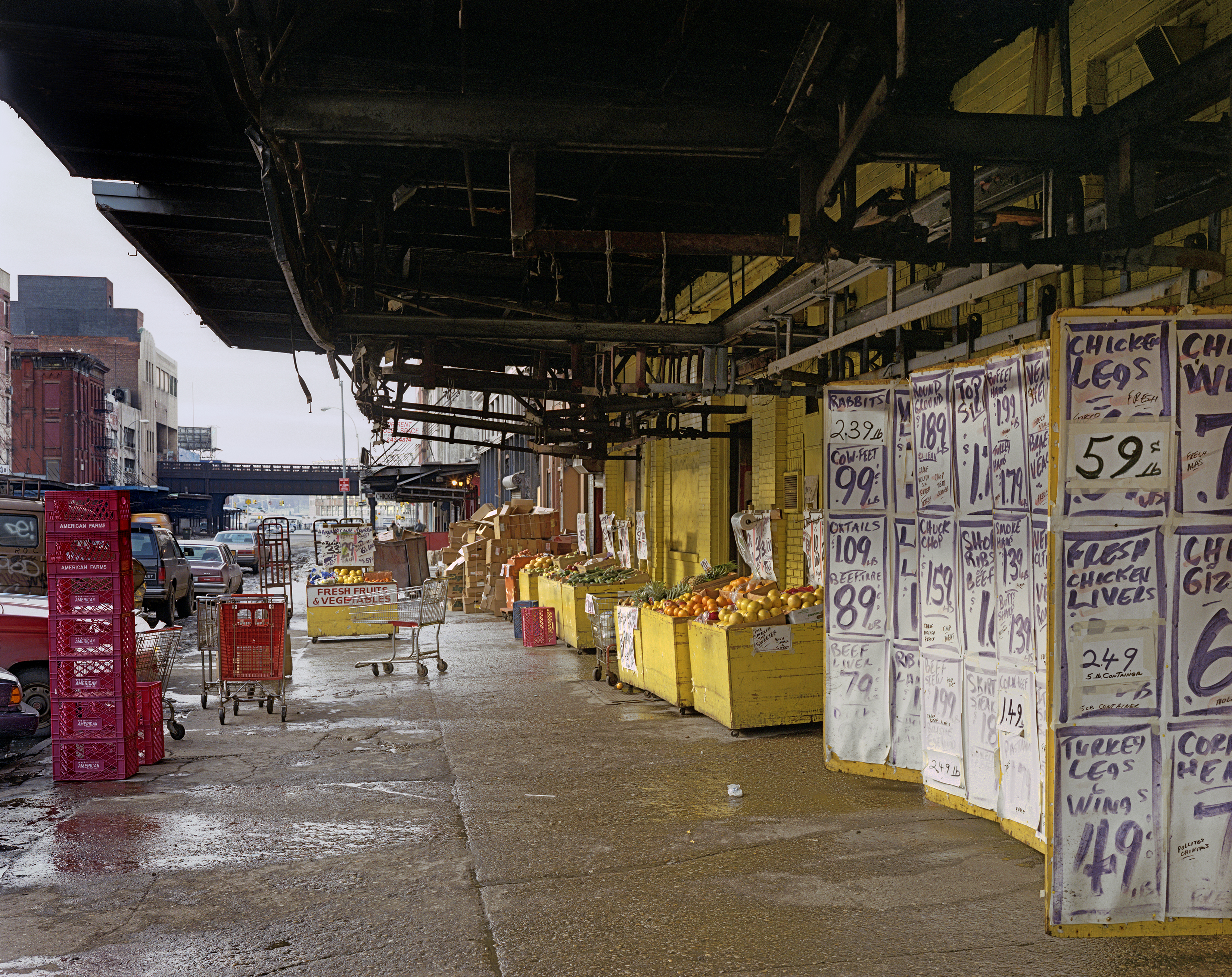 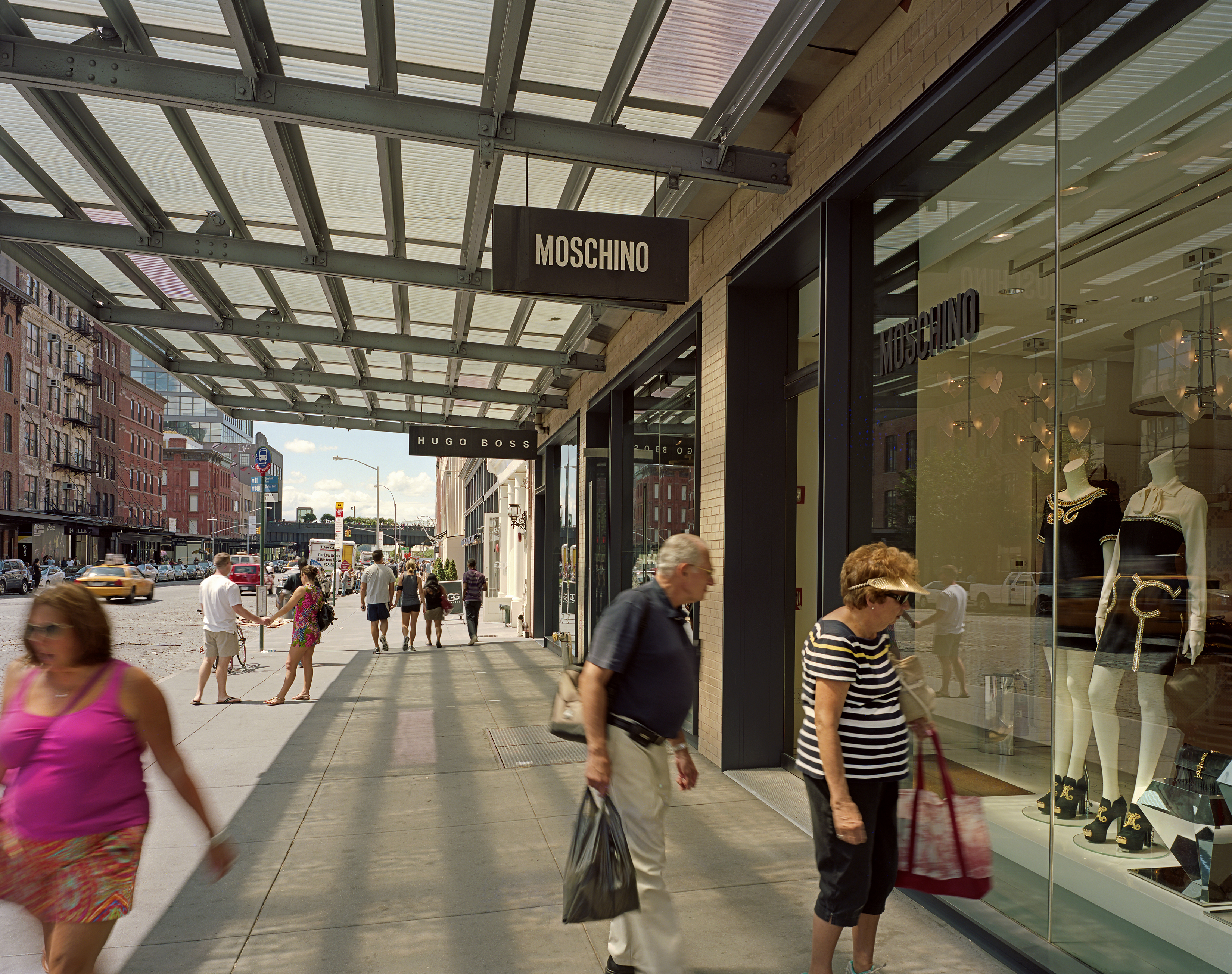 It has since expanded into 100 countries, and Bush says, has thousands of readers. She believes the magazine’s success is a reflection of the growing popularity of industrial building conversions.

“In the Victorian period, when a lot of them were built, architecture was something that was really celebrated and revered so the quality and the details of these buildings make them incredibly intricate and attractive,” she says.

Victorian architecture, even for industrial buildings, was surprisingly ornate.

“They were a means of demonstrating the success of a company, a family business or an international trading company such as the East India Company and of the local area,” explains Bush.

Naturally, Bush herself lives in an industrial loft conversation in east London.

“I found this beautiful flat and just fell in love with its original features. It had a lot of exposed brick work, steel columns, wooden floors,” she tells CNN.

“It wasn’t like the standard cookie-cutter type of flats that you (often) find in London.”

It’s not just the chic appeal of exposed brickwork and high ceilings that is driving the warehouse conversion trend.

According to the United Nations, more than 50% of the world’s population now lives in urban centers. That number is expected to reach 66% by 2050.

With rising urban populations putting pressure on space in cities, architects are turning to unused industrial buildings to help solve the problem of overcrowding.

Frederick Jung is the founder of Jung Architects in Paris.

Eight years ago, he was approached by marketing agency BETC to help it find and develop a new work space.

Locating a building in the French capital large enough to house all of BETC’s 950 employees and clients was a difficult task. When the possibility of converting the Les Magasins Généraux building arose, Jung knew they had found a solution. 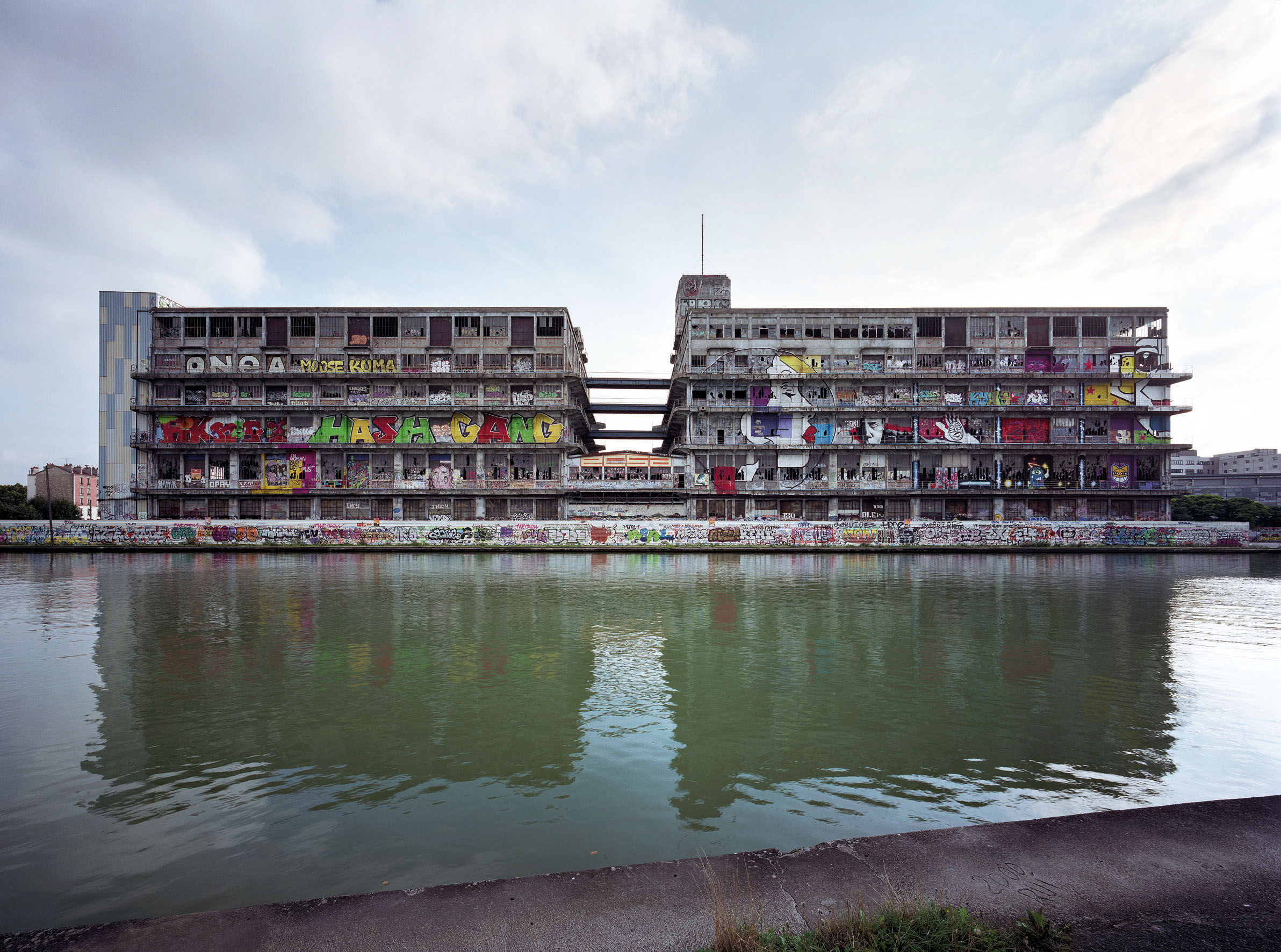 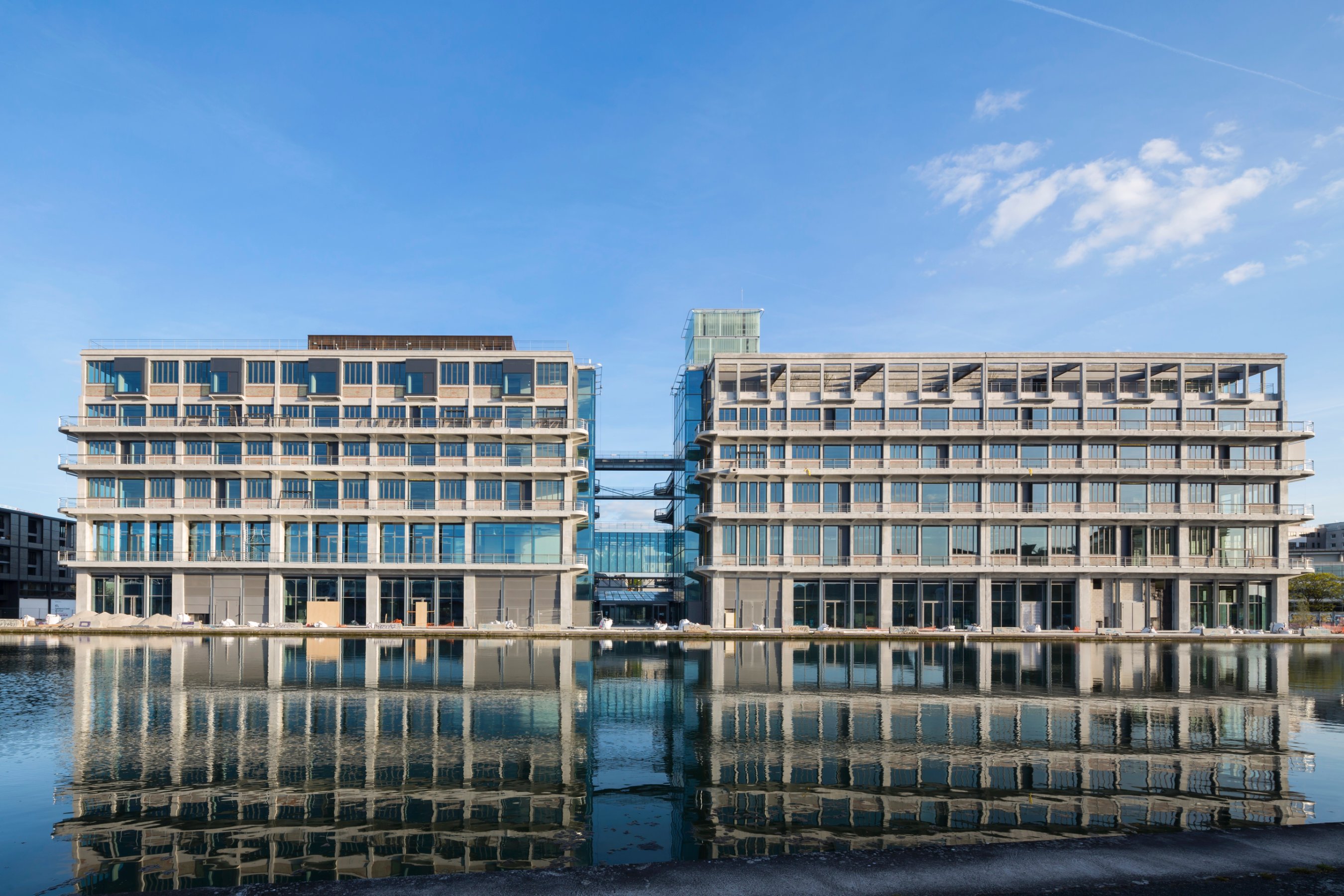 The Les Magasins Généraux building in Paris before and after its renovation. The old grain and flour warehouse was derelict for years before its restoration began almost 8 years ago.

Built in 1931 and originally used as a flour and grain warehouse, the 20,000 square meter structure located in the northeastern outskirts of Paris had been unused for years. Changes in the food industry led to the closure of the warehouse in the early 2000s, and it became a favorite spot for graffiti artists from around the world.

“These types of industrial buildings offer specificities that you can’t find in a regular office building produced by the new construction system.”

Jung is referring to the size of the Les Magasins Généraux. 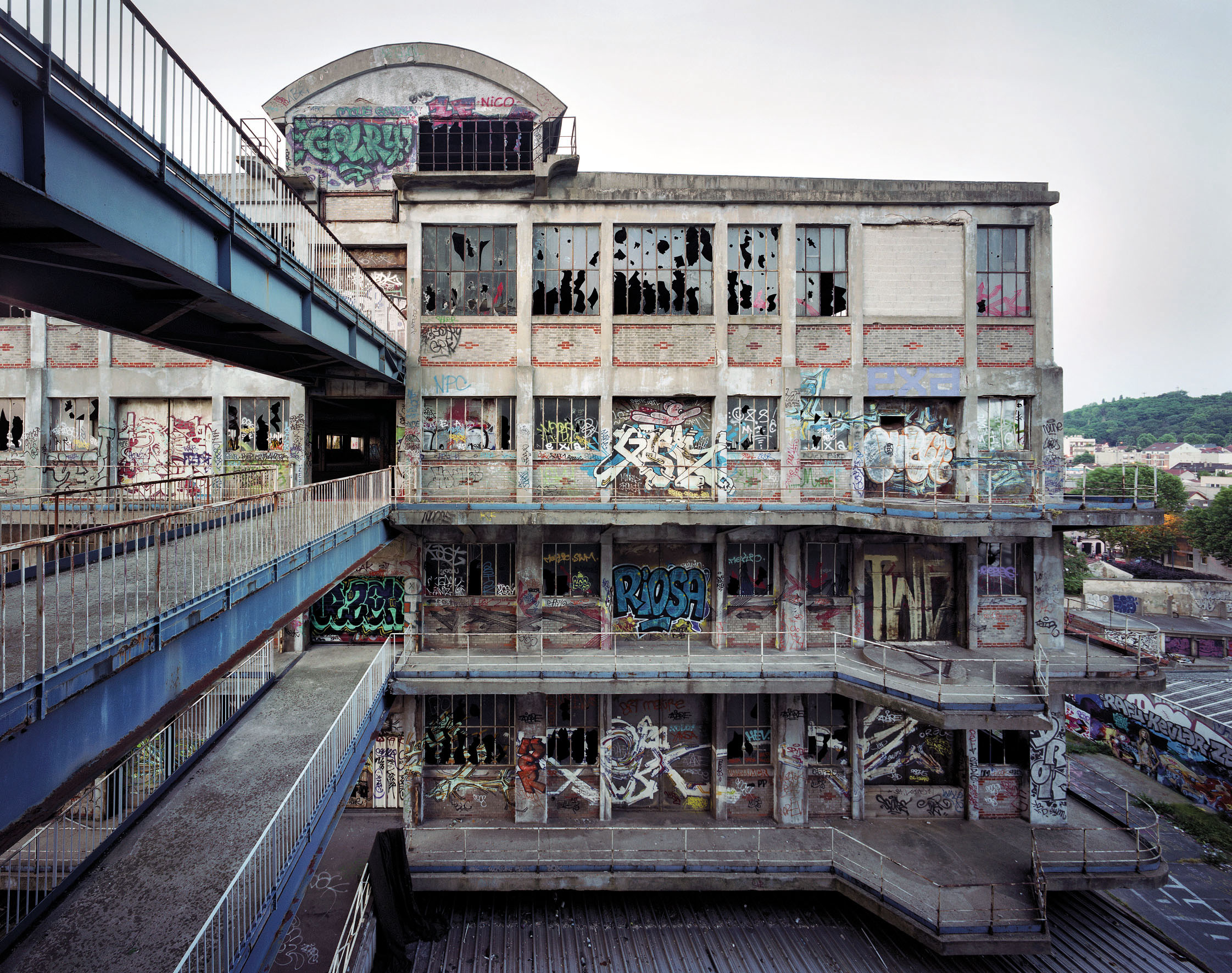 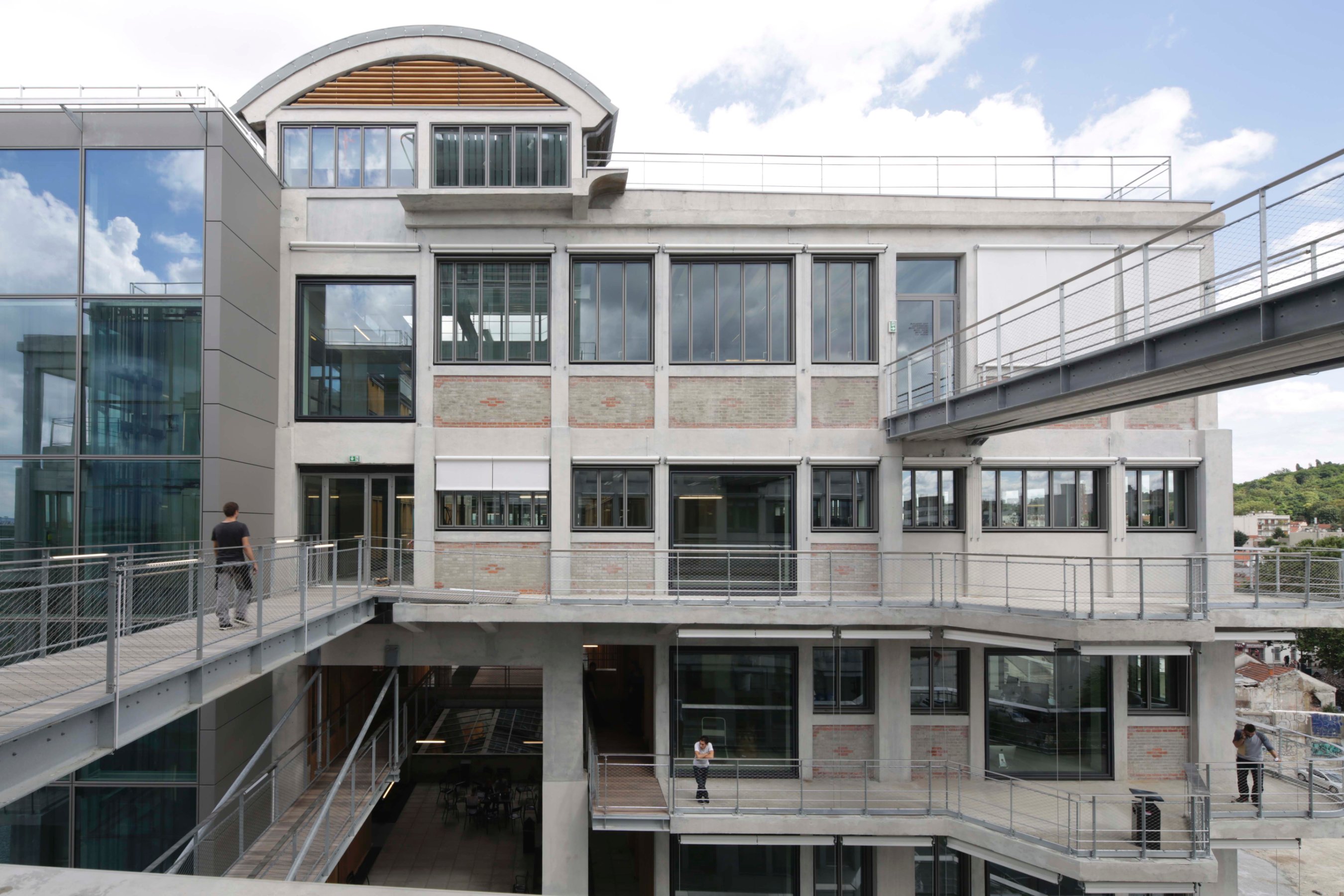 The Les Magasins Généraux building in Paris before and after its restoration by Frédéric Jung. The old grain and flour warehouse was a favorite locale for graffiti artists before restoration began.

“You cannot find in the market another building as big as this – that has enough space for photo studios, recording studios, restaurants, etc. We can do a lot of different things with this space.”

The restoration of the Les Magasins Généraux took eight years. Jung was careful to retain the original features of the 1930s warehouse, including its concrete framework and large passageways.

“For architects, it’s an opportunity to create new elements inside an old structure and keep alive the history of these amazing places,” says Jung.