‘Thank You For Your Service’ brings veteran stories to screen

Service members are often silent about their experiences when they return home from war.

“Thank You For Your Service,” a new film releasing Friday, aims to give them a voice.

Written and directed by Jason Hall, the drama is based on the book of the same name by journalist David Finkel and tells the story of a group of soldiers struggling to reintegrate into civilian life after returning from tours in Iraq.

Hall told CNN that most civilians don’t have a grasp of what service members go through.

“Part of their sacrifice, they feel, is that they are willing to carry it in silence,” Hall said. “They don’t want to burden us, and that’s an honor and sacrifice.”

Teller said it was not an easy role to portray.

“Even from just pretending to play Adam, that took a toll on me let alone me actually living through it,” Teller told CNN. “It’s incredible how these guys are able to ever adapt.”

“War is hell,” is an understatement and the real Schumann said he wanted the film to authentically portray the difficulty he and so many other veterans face.

“I wanted it to hurt when I watched it. I wanted it to hit me in the gut and to feel real,” he said. “And it’s everything and more. I could not have expected a better finished project.” 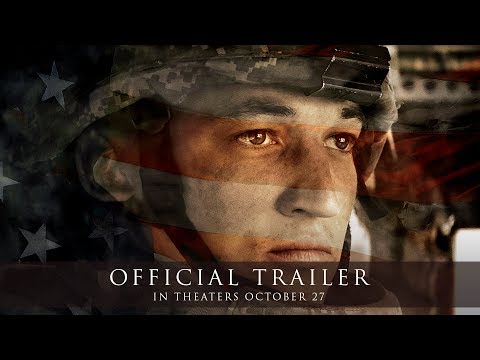 It was a very personal project for Hall, who received an Academy Award nomination for writing the screenplay for “American Sniper” and whose brother served in the military.

“I hope this movie brings the civilian population just a little bit closer to understanding what these guys went through,” Hall said. “Two and a half million of these guys came home. Some of them are okay, they’re walking past us in the street everyday, but they’ve had a wild experience that we know almost nothing about.”

Schumann said “Thank You For Your Service” is respectful of his experience, which was Teller’s primary goal.

“You never want to look like you are acting, let alone with this kind of material that is so sensitive,” the actor said. “That was my first responsibility to honor [Adam], to honor his story and to have him feel good about my portrayal of him.”

AMC Theaters and Universal are making a limited amount of free tickets available to veterans and active-duty military at theaters around the country. For more information visit the movie’s site.