By Betsy Klein, CNN
Updated 3:33 PM EDT, Sat October 21, 2017
Link Copied!
Willow, the Biden family cat, is the first White House cat since the George W. Bush administration.
Erin Scott/White House/AP
President Theodore Roosevelt's eldest son, Teddy Jr., holds a macaw named Eli circa 1902. The Roosevelts had all kind of animals, including lizards, snakes and a one-legged chicken.
Library of Congress
Pauline, one of William Howard Taft's pet cows, stands on the lawn of the State, War and Navy Building in Washington. Pauline also was known to graze on the White House lawn.
Library of Congress
Who needs groundskeepers? Woodrow Wilson's sheep graze on the South Lawn of the White House.
National Photo Company/White House Historical Association
Warren G. Harding and his dog Laddie Boy are photographed in front of the White House in 1922. Laddie Boy was an Airedale terrier.
Library of Congress
First lady Grace Coolidge holds her pet raccoon, Rebecca. Rebecca was sent to the Coolidges as a gift to cook on Thanksgiving -- yes, you read that right -- but the first family decided to adopt the animal instead.
Library of Congress
President Franklin D. Roosevelt is joined by Fala, his Scottish terrier, before going to his inauguration in 1941. Roosevelt had to break the news to Fala that he would not be attending the ceremonies.
Bettmann Archive/Getty Images
Harry Truman's daughter, Margaret, holds their Irish setter, Mike, outside the White House in 1945.
Marie Hansen/The LIFE Picture Collection/Getty Images
John F. Kennedy Jr. mischievously leans out of his baby carriage and reaches for the family's Welsh terrier, Charlie. Charlie was one of the Kennedy family's many dogs.
Bettmann Archive/Getty Images
John F. Kennedy and his children John and Caroline play with their pony Macaroni in 1962.
PhotoQuest/Getty Images
Lyndon B. Johnson sings with his dog Yuki while his grandson Patrick looks on in 1968. Johnson's daughter rescued Yuki, a mixed-breed dog who was abandoned at a gas station in Texas.
The White House
Richard Nixon shows off Pasha, his Yorkshire terrier, to two young visitors in 1969. Nixon also had two other dogs while in office.
AP
Gerald Ford pets his golden retriever, Liberty, while studying budget matters in the Oval Office.
Ricardo Thomas/The LIFE Images Collection/Getty Images
Jimmy Carter's daughter, Amy, holds her cat, Misty, as she returns to the White House in 1977.
AP
Ronald Reagan and first lady Nancy Reagan are joined by their dog Rex after visiting Camp David. Rex was a Cavalier King Charles Spaniel.
Diana Walker/The LIFE Images Collection/Getty Images
George H.W. Bush walks on the South Lawn of the White House with his springer spaniel Millie and her puppies in 1989.
Courtesy Everett Collection
The Clinton family cat, Socks, peers over a podium in the White House briefing room in 1994.
Marcy Nighswander/AP
George W. Bush is joined by his Scottish terriers Barney and Miss Beazley as he walks on the South Lawn of the White House in 2006.
Evan Sisley/Pool/Getty Images
Barack Obama runs down a corridor with Bo, a Portuguese water dog, after the first family adopted him in 2009. The Obamas later adopted another one named Sunny. The breed was chosen because of Malia Obama's allergies. The coats of Portuguese water dogs are hypoallergenic.
Pete Souza/The White House/Getty Images
Champ was one of the Biden family's German shepherds. He died in June 2021 at the age of 13.
Adam Schultz/White House
Commander is the Biden family's German shepherd puppy. He was given to the President as a birthday gift.
@POTUS/Twitter
The Bidens' cat, Willow, looks out a window at the White House.
Erin Scott/White House/AP

In pictures: Presidential pets through history

The first family does not have a pet

He campaigned and won vowing to shake up Washington. Now, President Donald Trump is again breaking with tradition on a more personal matter: keeping a pet at the White House.

The illustrious tradition of keeping pets in the White House dates back to Thomas Jefferson, who kept a mockingbird and a couple of bear cubs during his presidency. Throughout the years, presidential pets became celebrities of sorts.

“It softens their image, it broadens their appeal,” Ed Lengel, chief historian at the White House Historical Association, told CNN. “They help create an atmosphere of the White House as a family, a lived-in place and not just a stiff museum, but a place where a family lives and plays and enjoys each other’s company.”

For an image-conscious President, Trump seems to be in little rush to add a furry friend to the White House brood, making his the only first family in modern presidential history without a pet.

“There are no plans at this time” to add a pet to the first family, East Wing communications director Stephanie Grisham told CNN.

Trump lived with a poodle, Chappy, with his first wife, Ivana, who wrote in her memoir, “Raising Trump,” that “Donald was not a dog fan.”

Chappy, she later said, “had an equal dislike of Donald.”

The early history of White House pets was not well-documented, but included farm animals, hunting dogs and horses in stables on White House grounds, and many animals that were given as gifts.

President James Buchanan was reportedly given a herd of elephants, and President Martin Van Buren received a pair of tiger cubs. Congress made Van Buren give the cubs to a local zoo, according to Andrew Hager, historian in residence at the Presidential Pet Museum, a collection of presidential pet memorabilia located outside Baltimore and open by appointment.

Lengel said that while it hasn’t been documentarily confirmed, there is circumstantial evidence President John Quincy Adams was given an alligator.

“It’s reputed that John Quincy Adams was given an alligator as a gift and he didn’t quite know what to do with it,” Lengel said, noting that he kept it in the East Room for a number of months. Adams clearly wasn’t interested in draining the swamp.

President Woodrow Wilson kept a flock of sheep and a ram on the White House lawn, and President William Taft had a Holstein cow, Pauline Wayne, who later retired to Wisconsin, according to the Historical Society of Washington.

Though Presidents had kept pets for years, Warren Harding’s dog, Laddie Boy, an Airedale terrier, had his own chair in the Roosevelt Room for Cabinet meetings and became the first “celebrity” pet in the early 1920s, Lengel said. Laddie Boy presided over the Easter Egg Roll, and once sat on a jury of children from a local nature club who put the White House owls on trial for murder. (The owls were found innocent.)

Harding is seen playing with Laddie Boy in front of the South Portico of the White House.
Herbert E. French/White House Historical Association

At the interest of intrepid White House journalists and their readers, the presidential pet became a high-profile beat. During the 1920s, Americans would send pet ambassadors to the White House.

“It became kind of a trend in the twenties to see what kind of wacky animals could be brought,” Lengel said.

President Calvin Coolidge’s wife, Grace, became fond of one such wacky animal, a raccoon she named “Rebecca,” whom she walked on a leash. She also adopted an opossum.

President Theodore Roosevelt had a bull dog named Pete who made headlines and nearly caused an international incident when he tore the pants off the French ambassador. When the bulldog attacked White House staff and secretaries, “Pete had to be exiled,” Lengel said.

Roosevelt, who had nearly 30 pets, also had a pony, Algonquin. When his son, Archie, was sick with the measles, they brought the pony up the White House elevator and into his bedroom. Archie jumped and startled the pony, which slipped and fell on the floor.

“Roosevelt just loved this kind of pandemonium with children and pets in the White House,” Lengel said.

President Franklin Roosevelt’s pup, Fala, traveled frequently and was the subject of a short MGM film about World War II on the home front. Fala frequently received received letters from people across the country, per the White House Historical Association.

The Kennedy family White House was home to Macaroni the pony, multiple horses, the hamsters Debbie and Billy, dogs, parakeets, a canary, Zsa Zsa the rabbit and a cat.

“That was part of the whole family image of the White House that he (President John F. Kennedy) and the first lady were so brilliant at producing,” said Lengel. 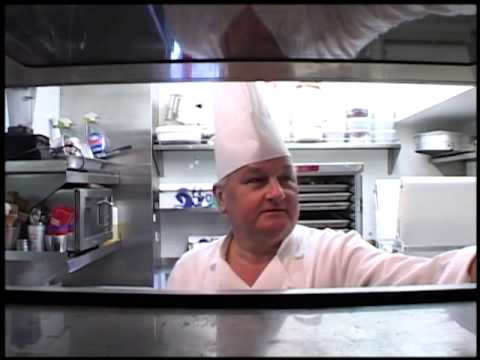 George W. and Laura Bush’s Scottish terrier, Barney, starred in a series of “Barney Cam” videos alongside fellow terrier, Miss Beazley. There was so much demand for Barney content that the White House created a website, “Barney.gov.”

A post shared by The Obama White House (@obamawhitehouse)

Over the years, presidential pets have become beloved figures in American history.

“It allows a connection between the average citizen and the person in power,” Hager said. “Generally, we tend to look at these people and see them as removed from us, but we know if they have a pet, we’re on the same playing field. Getting down on the floor with a dog humanizes the politician. … It’s a window into the person’s soul in a way you don’t get at a press briefing or a campaign ad.”

Happy #NationalPetDay, Marlon Bundo, Oreo, and Pickle! Lucky to have you part of our family. pic.twitter.com/4LeKBJBbPs

While the Trumps have yet to fill the White House grounds with any pets, Vice President Mike Pence and second lady Karen Pence have a veritable menagerie at the Naval Observatory.

When the Pences traveled from Indiana to Washington days before the inauguration, they disembarked with cats Pickle and Oreo, plus rabbit Marlon Bundo. Bundo, who has his own Instagram account, has become an icon in the rabbit world, even appearing at an event alongside the vice president.

Days before the election, the family lost their beloved 13-year-old beloved beagle, Maverick.

Heavy hearts today. Our beagle of 13 years passed away quietly last night. Rest In Peace, Maverick. We will miss you. pic.twitter.com/JPnFvsHB3Y

“Rest in peace Oreo. You touched a lot of hearts in your little life. Our family will miss you very much,” Karen Pence tweeted alongside photos of the black and white cat.

But Marlon Bundo and Pickle weren’t the only pets for long; one week later, the vice president, second lady, and daughter Charlotte traveled to their home state of Indiana, where kitten Hazel and Australian shepherd puppy Harley joined the brood.

We welcomed a new kitten to our family during our trip back home to Indiana this weekend!Introducing: Hazel! pic.twitter.com/TWk6WeUQi6

The second lady also unveiled a beehive at the Naval Observatory, now home to more than 35,000 bees.