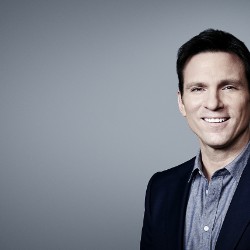 Communities welcome them, but FEMA says a mass military effort is not needed

The cavalry is here, at an abandoned airport in the far west of Puerto Rico.

Not a traditional military unit, but a bunch of guys who call themselves the Warfighter Disaster Response Team.

They’re veterans of the wars in Iraq and Afghanistan, and when they see a need, they just go. Red tape frustrates them, especially when people are hurting and they can help, so they deploy themselves – for free.

They’ve made an abandoned airport in Mayaguez their base, bedding down here and using it to collect aid and work out how to get it to remote communities.

Eric Carlson, one of the volunteer first responders, gauges the impact they have had so far.

Collecting food, water and medical resources, and getting them out to people is still a tall order in this remote part of the island so devastated by Hurricane Maria four weeks ago.

PHOTO: Bill Weir/CNN
Flying to Mayaguez in western Puerto Rico takes you over mudslide after mudslide.

Mudslides are visible from the air all over this mountainous region. Roads have been washed away and, with little hope of repair crews coming any time soon, residents are doing what they can to build their own bridges.

So when Carlson and his comrades turn up to help, villagers remember them.

“They were beautiful people,” says Jose Rodriguez with a smile. “They purified the water. They were drinking it right there.”

PHOTO: Bill Weir/CNN
Veterans helped residents of Las Marias to purify this water they are collecting from the mountainside.

Carlson isn’t picking a fight with the Federal Emergency Management Agency, or anyone trying to help, he just feels there are some simple, practical, sensible ways to do more.

“There is a lot of stuff getting done, but it could’ve been done so much better if they just brought the National Guard,” he says.

Rotate in guardsmen who are already committed to a two-week training deployment, he suggests; put them in planes flown by the Air National Guard that also has to get its hours in.

PHOTO: Bill Weir/CNN
Handwritten lists on the walls of an abandoned baggage claim keep the aid operation on track.

Just give the orders: “All you guys are getting on planes in rotations and going down to Puerto Rico, 15,000 at a time. Water purification units, construction units, engineers, you guys are all coming down every two weeks.”

PHOTO: Bill Weir/CNN
Getting anywhere can be treacherous, with roads wiped out and mudslides still happening.

But in a nearby community – across one of those treacherous mudslides – we find a man with a different point of view.

Justo Hernandez, FEMA’s deputy federal coordinating officer for this recovery, says he has no need for such reinforcements.

He says 4,500 National Guardsmen are coming in. And while the military presence in this US territory will be just a fraction of what the United States sent to Haiti after its devastating earthquake in 2010, any more could actually be damaging.

“We have all hands on deck at this time,” Hernandez says. “I don’t know how much more we can bring without impacting the economy of Puerto Rico.

“If I keep flooding the place with food and water, when are the local neighbors going to open the supermarkets?”

PHOTO: Bill Weir/CNN
Veterans take a break from their relief work in the old arrivals area of the Mayaguez airport.

Still, he pledges that FEMA will be in Puerto Rico and the US Virgin Islands for as long as the recovery takes.

Back at the abandoned Mayaguez airport, suddenly things are humming.

Alongside the veterans are troops in more traditional uniforms. These are some of the National Guardsmen who FEMA’s Hernandez was talking about. Five hundred men who’ve been sitting at home in Tennessee and Kentucky for two weeks, just waiting for the call to grab their bags and get here.

How to help victims of Hurricane Maria

More are coming, they say, as they unload supplies and get things organized.

This airport had already been commandeered, but now much-needed reinforcements are here, too. Many people are waiting and relying on them.