The fall of Raqqa: What comes next for the devastated city – and for ISIS

US-backed forces in Raqqa said Tuesday that major military operations against ISIS had ended as they worked to clear out the remnants of sleeper cells and mines in the ruins of the Syrian city.

American officials have not yet formally announced that the fight is won, but the developments mark a significant moment for the war on ISIS – and perhaps, in real tangible, conventional military terms, its end.

Gabriel Chaim
Soldiers from the Syrian Democratic Forces celebrate the liberation of Raqqa.

Mosul in Iraq may have been the biggest population center the militants ever held, but Raqqa was the seat of ISIS’ power. It was the major city they took first in Syria, and where the terror group declared its capital.

When the jihadists swung into the city in late 2013, it had been for decades a secular oasis in the Syrian regime’s desert, turned into chaos by the civil war. ISIS quickly put its ugly brand on it with public executions, including beheadings.

BULENT KILIC/AFP//Getty Images
A member of the Syrian Democratic Forces near Raqqa's stadium on October 16, 2017.

ISIS defeated in Raqqa as 'major military operations' declared over

Raqqa slowly became the group’s center of global operations, its national hospital and stadium serving as headquarters from where attacks on foreign targets were planned.

After the loss of Mosul, the US coalition-backed noose on Raqqa was already in place, but the huge symbolism of the city for ISIS remained. Now, it is out of the terror group’s hands.

There are cities and towns scattered in the Syrian and Iraqi desert where ISIS retains control, but they no longer hold a major city. It spells the end of the self-proclaimed “caliphate” as it was, and the end of an era for ISIS. Its supporters must now unite online, harking back to a time when they once held actual territory. The terror group as we knew it is gone.

What next for ISIS?

The group will continue to exist as a ragtag insurgency, chased between the places where they can hide among sympathizers – some along the Euphrates River, where their elusive and possibly injured leader Abu Bakr al-Baghdadi is thought to be hiding. But they now become an idea: the memory of a time when the caliphate existed, before it was quashed by an international coalition. 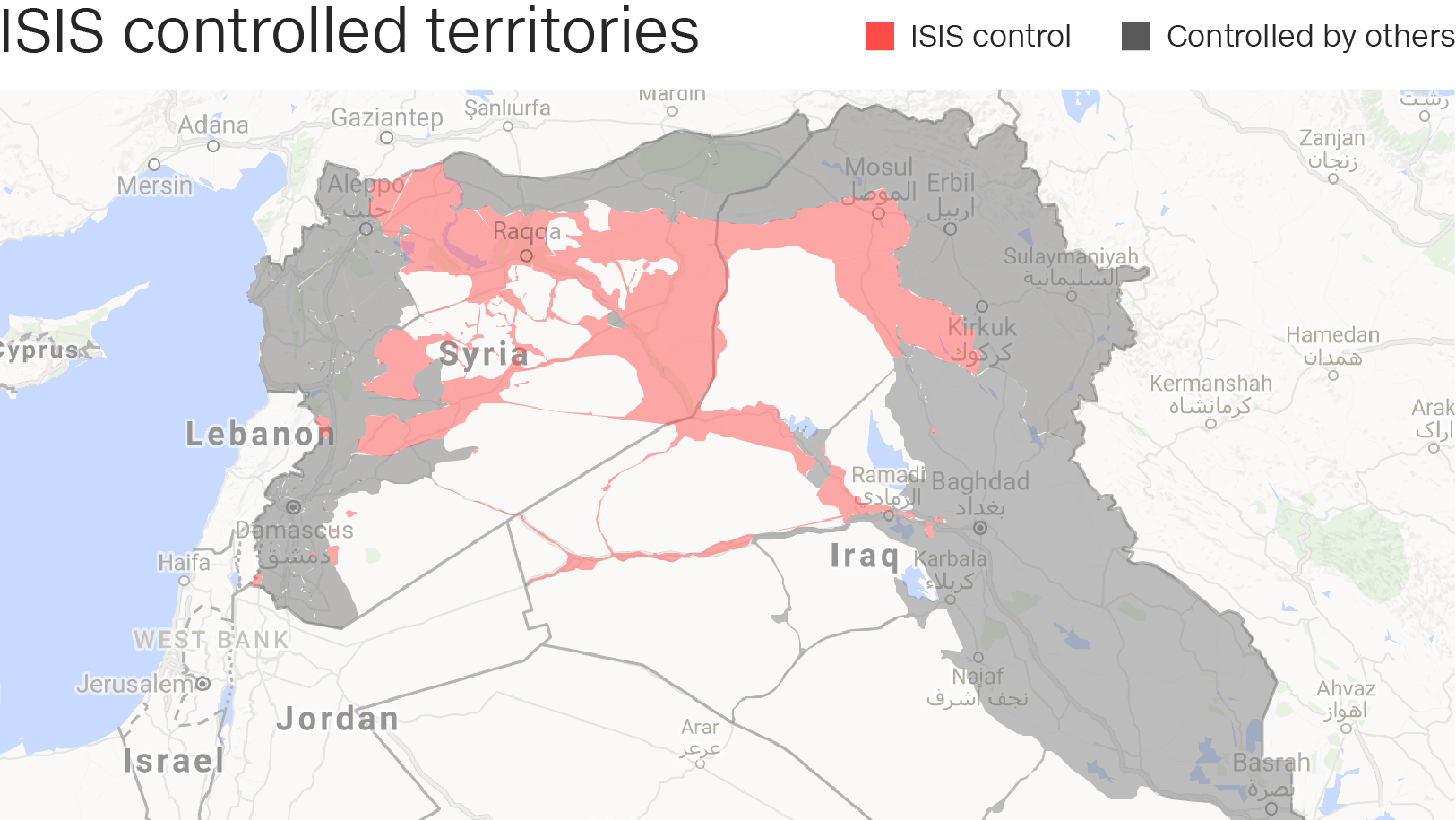 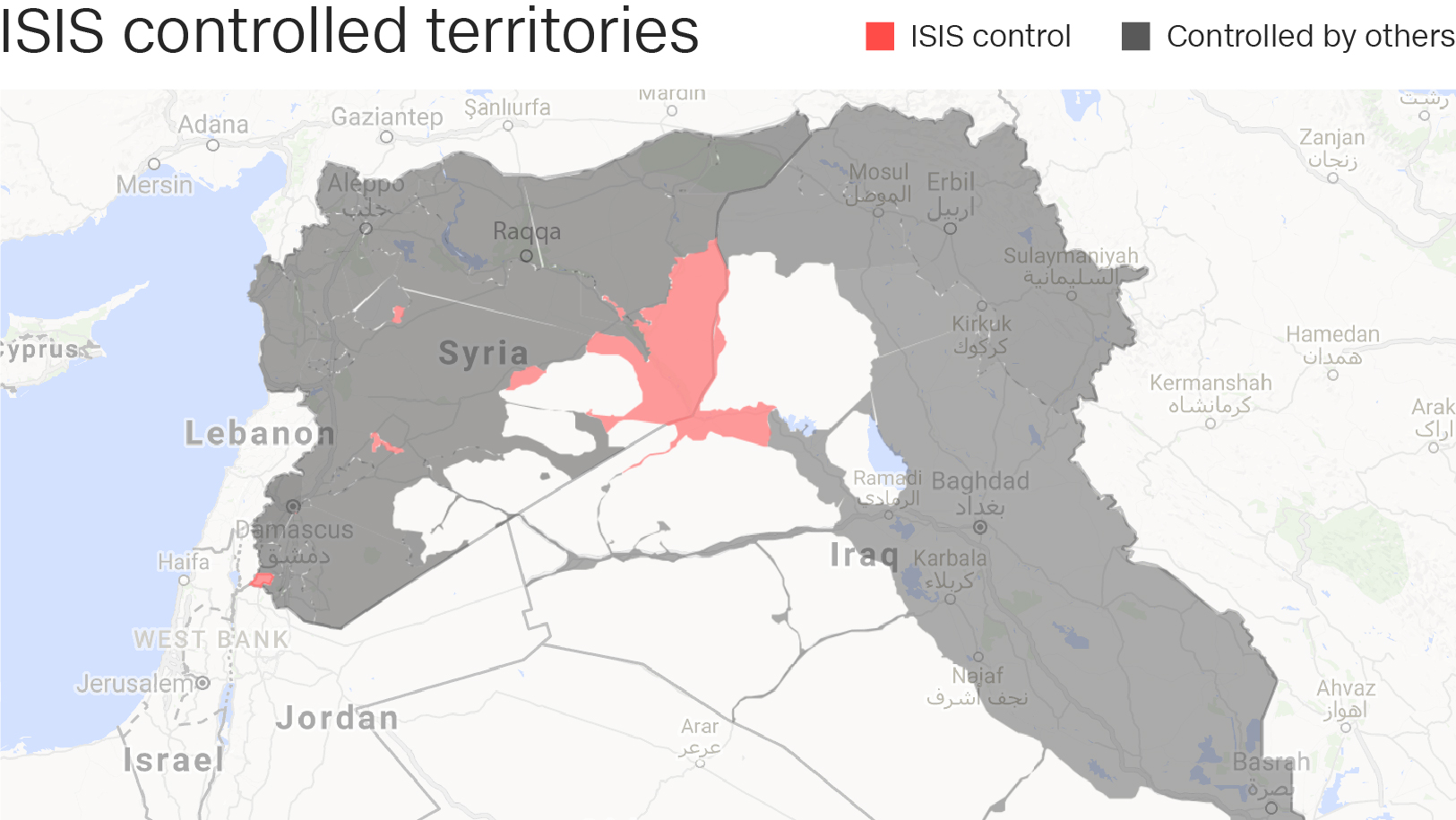 The threat of jihadists will remain a significant problem in the West, where the idea of ISIS has often been enough to compel deranged individuals into plowing cars into innocent civilians.

But for the few attacks that appear to have had central planning – much of it based out of Raqqa – there is no longer a plotting “brain” to pull the trigger, or a genuine geographical location from which ISIS leaders can claim credit for an attack. They are hobbled, massively.

Who will govern Raqqa?

The plan of the US coalition and the Syrian Democratic Forces is that a civil governing council of chosen local Arabs – backed up by an interim security force – will soon take over Raqqa and begin the job of rebuilding. But there are holes in this plan.

SDF forces consist mostly of Kurds who likely have no real long-term interest in holding Raqqa, a predominantly Arab city. And the Arabs who used to live there have found themselves either fleeing to refugee camps or living alongside ISIS in Raqqa.

AL-FURQAN MEDIA/AFP/Getty Images
An image grab taken from a propaganda video released on July 5, 2014 by Al-Furqan Media allegedly shows the leader of the Islamic State (IS) jihadist group Abu Bakr al-Baghdadi, aka Caliph Ibrahim, adressing Muslim worshippers at a mosque in the militant-held northern Iraqi city of Mosul. Baghdadi, the self-proclaimed caliph of the brutal jihadist Islamic State (IS) group that has seized large chunks of Iraq and Syria, made the AFP shortlist of most influential people of 2014. AFP PHOTO / HO / AL-FURQAN MEDIA

New details on the hunt for ISIS leader Baghdadi

These Arabs are predominantly Sunni, and thus part of the Syrian population most persecuted by the Syrian regime in the civil war. Sunnis also account for many of the aggrieved in neighboring Iraq, living under a Shia government. And so it was Sunnis from which ISIS found most of its recruits.

Sunni grievances have yet to be addressed in both Iraq and Syria, and they have no internationally respected or viable leadership ready to step in. So the idea of there being a cohesive and successful pro-Sunni government in a box that US-backed forces can unleash is unrealistic.

There’s also little to actually govern in Raqqa, which has been flattened by months of airstrikes. Billions will be needed to rebuild its infrastructure.

Gabriel Chaim
SDF soldiers enter the national stadium to plant the flag there.

The city will now fall in between two or three competing groups. The Syrian regime, with massive Russian military assistance, is just miles away, and Syrian President Bashar al-Assad once stated his desire to reclaim all of Syria. The Kurds seek their own homeland to its north, and may hang on to it, in spirit at least, as a bargaining chip. And finally, there’s the locals: the remnants of Raqqa’s original population. They have divided loyalties, nowhere to live, and rubble – in many cases – for homes.

Raqqa has gone from being a city prized by all to a ruin nobody may really want.