Dolores Huerta became an activist in the 1950s

She has lobbied for women's and farm workers' rights

Editor’s Note: As part of Hispanic Heritage Month, CNN Politics is taking a look back at some of the most influential Hispanics in US political history.

Dolores Huerta’s life and work show that a person doesn’t need to be a politician to have a lasting impact on political and social issues. Huerta’s life – so far spanning more than six decades – has been dedicated to activism on civil, labor and women’s rights issues.

Huerta was born in New Mexico in 1930. Her father was a farm worker who went on to serve in the New Mexico legislature. Huerta was a Girl Scout as a child.

In 1955, she helped start a Stockton, California, chapter of the Community Service Organization, which served minority members of the community. She also encouraged voter registration and established the Agricultural Workers Association.

During this period, she was introduced to César Chávez. You’ve probably heard of him. In 1962, the pair founded the National Farm Workers Association, which became United Farm Workers. Huerta would work with UFW for the next four decades.

Huerta became an increasingly important figure in politics, even earning Robert F. Kennedy’s gratitude in the speech he delivered when he won the California Democratic primary on the night of his assassination in 1968. 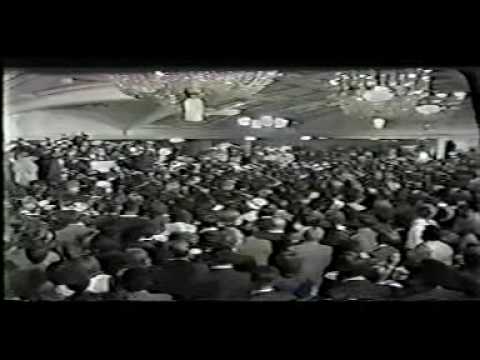 “Dolores Huerta, who is an old friend of mine and has worked with the union,” Kennedy said of Huerta, who stood to his side, at 5:40 in the video on Youtube. “We have certain obligations and responsibilities to our fellow citizens which we talked about during the course of this campaign and I want to make it clear that if I’m elected President of the United States with your help I intend to keep it up.”

Her involvement in political activism would brush with violence again in 1988. Huerta – then in her late fifties – was beaten by a police officer in San Francisco during a protest against then-presidential candidate George H.W. Bush. She suffered broken ribs and a ruptured spleen. She survived and, many would say, thrived.

She became a fierce advocate for women’s rights, working with Jane Fonda and Gloria Steinem. She has encouraged women – especially women of color – to run for office. At the 2016 DNC, she spoke out passionately against then-Republican presidential nominee Donald Trump.

Huerta stepped down from UFW and founded the Dolores Huerta Foundation. CNN contacted the foundation and Huerta for a comment, but did not receive a response.

In 2012, President Barack Obama awarded Huerta the Presidential Medal of Freedom. Obama’s signature “yes we can” owes to Huerta and UFW’s “si se puede” (which translates to “yes we can” in Spanish) slogan. So a medal was really the least he could give her.

At 87, she’s still advocating for the people and the causes that made her a different kind of activist and icon of Hispanic American history. Oh, to have that energy.