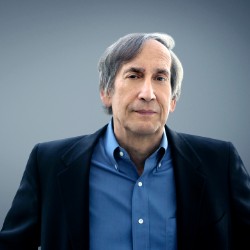 But he faces a difficult road ahead, as the President continues to undermine his authority and legitimacy, write Miller and Sokolsky

Editor’s Note: Aaron David Miller is a vice president and distinguished scholar at the Woodrow Wilson International Center for Scholars and author of “The End of Greatness: Why America Can’t Have (and Doesn’t Want) Another Great President.” Miller was a Middle East negotiator in Democratic and Republican administrations. Follow him @aarondmiller2. Richard Sokolsky is a non-resident senior fellow at the Carnegie Endowment for International Peace. From 2005-2015, he served as a member of the Secretary of State’s Office of Policy Planning. The views expressed in this commentary are their own.

Secretary of State Rex Tillerson made a remarkable statement on Wednesday, rejecting reports he had considered resigning and reaffirming his commitment to the President’s domestic and foreign policies. This was both stunning and unprecedented. It was not quite a hostage video, but it seemed awkward that a secretary of state felt compelled to defend himself in response to a press report.

Indeed, Tillerson has good instincts on many foreign policy issues and is ready to provide independent advice. But his road ahead won’t be easy, particularly given that Donald Trump is ready and willing to undercut him.

Still, Tillerson clearly doesn’t plan to resign, despite an NBC report that he referred to the President as a “moron” – a claim his spokeswoman denies. And even if he did, it might not matter much who succeeded him. Unless the bureaucratic environment in Trumpland changes, his successor will likely confront the same challenges Tillerson is facing now.

PHOTO: Mark Metcalfe/Getty Images
SYDNEY, AUSTRALIA - JUNE 05: US Secretary of State Rex Tillerson speaks at a joint media conference at Government House on June 5, 2017 in Sydney, Australia. The Australia-US Ministerial Consultations (AUSMIN) are the principal forum for bilateral consultations with the United States. The annual meeting brings together the Australian Ministers for Foreign Affairs and for Defence with the US Secretaries of State and Defense, along with senior officials from both portfolios. It is the first AUSMIN meeting with the new Trump administration and discussions will include North Korea, Iraq, Syria, Afghanistan, and defeating Islamic State (IS). (Photo by Mark Metcalfe/Getty Images)

So, what are these challenges?

First, our decades of experience in the Department of State allow us to report that the dynamic playing out now between the President and Tillerson has not existed before in modern US foreign policy history. Granted, Tillerson has not helped himself. He was not necessarily the President’s first choice, lacks Washington experience, has an aversion to the media and has some misplaced priorities in how he has tried to reform the State Department.

But none of this can explain the current level of dysfunction that exists between the two. Secretaries of state and presidents have argued privately before over process and substance. But it’s rare – indeed unprecedented – that these differences surface publicly. In the modern period, only two secretaries of state have resigned over principle: William Jennings Bryan in 1915, over Woodrow Wilson’s policies toward Germany in the run-up to World War I, and Cyrus Vance in 1980, in opposition to Jimmy Carter’s efforts to rescue the American hostages in Iran.

And that there is serious talk of Tillerson’s resignation less than 10 months into his tenure is shocking. Since the 1950s, only two secretaries of state have had significantly abbreviated tenures: Edmund Muskie, who served out the remainder of Vance’s term, and Alexander Haig, who left early because of inter-cabinet tensions generated by his brash style. While Muskie served just shy of a year, Haig served for a year and a half before his departure.

Second, that the President would mishandle and undermine his secretary of state at a time when the world is filled with foreign policy challenges – indeed crises that require 24/7 focus and attention – is also without precedent. And whatever Tillerson’s flaws and failings, when it comes to matters of substance, such as recertifying the Iran deal, not picking sides in the Saudi-Qatar cold war, or probing diplomatic options on North Korea, his instincts are far sounder than the President’s.

And yet Trump has consistently undermined – even humiliated – his top diplomat on these issues, most recently tweeting that Tillerson was wasting his time on North Korea. It would be one thing if the President were experienced in foreign policy or had other advisers who had both experience and influence on these issues. Both Secretary of Defense James Mattis and National Security Adviser HR McMaster have plenty of experience (though in national security and war-making – not in diplomacy). But even their influence is limited.

President Richard Nixon and National Security Advisor Henry Kissinger cut Secretary of State William Rogers out of many of the decisions on China and the Middle East. But they had the experience to make foreign policy decisions. Unfortunately, there is no other go-to person with diplomatic experience in Trump’s administration.

Third, whatever responsibility Tillerson bears for his own misfortunes, he simply cannot function effectively as the nation’s top diplomat unless the President makes it unmistakably clear that the secretary of state is his sole repository of authority and public voice when it comes to foreign policy. It takes Washington and the world all of five seconds to figure out when there’s daylight between the two. And once that’s established, you might as well hang a “closed for the season” sign on the secretary’s door.

The truth is Trump has not even tried to grant Tillerson this kind of authority. In fact, he has done the opposite, assigning key foreign policy briefs to others – such as Jared Kushner, who is charged with handling the Arab-Israeli negotiations – and allowed individuals, including UN Ambassador Nikki Haley, to speak on a variety of issues – from Iran to Syria – as a de facto secretary of state.

Finally, we’d argue that even if Tillerson departed, it might not change much. The challenge for any secretary of state is the diminishing role of the State Department as the Defense Department and National Security Council play larger roles. (The other challenge is in confronting the cruel and unforgiving world, which has problems seemingly without solutions.)

We hope not. But we increasingly wonder whether there’s really room for Tillerson in the volatile world that’s Trumpland.