US scientists awarded Nobel in medicine for body clock insights

They researched circadian rhythms in plants, humans and animals

Three US scientists have won the Nobel Prize in Physiology or Medicine “for their discoveries of molecular mechanisms controlling the circadian rhythm,” otherwise known as our biological clock, the Nobel committee said.

Jeffrey C. Hall, Michael Rosbash and Michael W. Young were awarded the prize for their research on how plants, humans and animals adapt their biological rhythm to synchronize with our planet’s day and night cycle, as the earth rotates, in order to control their daily life.

Hall spent most of his career at Brandeis University in Massachusetts, where Rosbash still works as a faculty member. Young works out of Rockefeller University in New York. The winners will share a prize of 9 million Swedish kronor, which is around $1.1 million.

All living organisms on Earth have an internal clock, known as the circadian rhythm, which in humans underlies why we are awake during the day and sleep at night.

The US trio used fruit flies to discover a gene that controls this everyday rhythm and further showed that the gene encoded a protein which “accumulates in the cell during the night and degrades during the day,” to regulate this cycle, the committee said in a statement.

BREAKING NEWS The 2017 #NobelPrize in Physiology or Medicine has been awarded to Jeffrey C. Hall, Michael Rosbash and Michael W. Young. pic.twitter.com/lbwrastcDN

According to the Nobel committee, a person’s well-being is affected when there is a “temporary mismatch between our external environment and this internal biological clock.”

For example, disruption to our clocks when someone travels across a number of time zones results in jet lag.

The committee explained how an imbalance between lifestyle and rhythm could lead to increased risk for a number of diseases including metabolic diseases, such as diabetes and cancer, and neurodegenerative diseases, such as Alzheimer’s disease.

The research rewarded with this year’s prize built on the work of scientist Seymour Benzer and his student Ronald Konopka in the 1970s. The pair highlighted how mutations in an unknown gene disrupted the circadian clock of flies, naming the gene “period.”

Sacrificing sleep? Here's what it will do to your health

Using fruit flies to investigate this further, this year’s Nobel Laureates set out to reveal how this gene actually works – and in turn controls the body clock. They managed to isolate the period gene and soon discovered that levels of the protein this gene encodes, PER, increase during the night and degrade during the day, highlighting that the protein fluctuates over a 24 hour cycle.

They then went on to discover the role of another gene, called “timeless,” which encodes a protein called TIM, that works in combination with the PER protein to regulate the activity of the period gene and in turn the levels of the PER protein – enabling this 24-hour oscillation.

“This is a really important conceptual breakthrough,” said Professor Russell Foster, head of the Nuffield Laboratory of Ophthalmology and director of the Sleep and Circadian Neuroscience Institute at the University of Oxford. “This part of biology is spreading to lots of different areas of biology and other areas of health.”

Foster, who has long worked in the area of circadian rhythms, believes this research could provide the platform to help those with degenerative diseases as well as blindness and schizophrenia.

He said therapeutic interventions could be made possible by mimicking light to regulate a person’s body clock.

The accolade is echoed by Andrew Mackenzie, head of policy and communications at The Physiological Society in the UK.

“This is a very important piece of work and has huge implications,” he said. 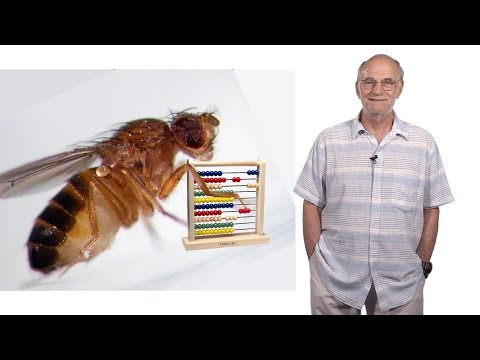 “When the body clock is disrupted, you’re more likely to suffer from diseases … this research means we can target particular aspects or components of the clock to help treat certain diseases.”

Mackenzie said that this research would allow drugs to target a specific area where the clock is disrupted.

“It shows that our brain and body require a good 24 hour rhythm to have optimum health,” he said.

David Ray, a professor of medicine and endocrinology at the University of Manchester, said the implications of the research were “far-reaching,” and paid tribute to the winners.

“These investigators were the first to discover a gene that controlled circadian behavior,” Ray said. “It had been recognized for some time that animals and plants not only respond to changes in light as we move from day to night with the Earth’s rotation, but that they anticipate such changes.”

This allows organisms to prepare for and gain maximum benefit from the change in environment, he added.