Stars respond with photos of themselves in that awkward adolescent stage

Nick Kroll and Stephen Colbert are having some fun in their quest to help Puerto Ricans in the wake of Hurricane Maria.

Kroll was on Colbert’s late-night show Wednesday to promote “Big Mouth,” his new animated series on Netflix about the challenges of puberty.

Kroll challenged fellow celebrities to post awkward photos of themselves during adolescence using the hashtag #PuberMe.

Colbert jumped on the idea and said that if stars added #PuertoRicoRelief to those postings he would ensure proceeds from the sale of his Ben & Jerry’s ice cream flavor, Americone Dream, would be donated to help people on the hurricane-ravaged island.

On Thursday night, Colbert announced that for every posting the Americone Dream fund would donate $1,000 to OneAmericaAppeal.org. 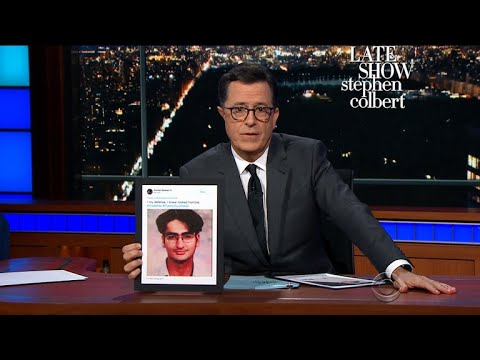 “And again, I get to determine who’s a celebrity,” Colbert joked.

Dear @StephenAtHome: Here is my circa 1986 #PuberMe pic to help with #PuertoRicoRelief. At age 16, I'm not a clerk, not yet mallrat... pic.twitter.com/ZyxnQ3l2eC

.@nickkroll Hope pimple in the middle of my forehead doesn't distract too much from my (actual) hairless kitten #PuberMe #puertoricorelief pic.twitter.com/vLAPltuIlJ

Of course, Kroll and Colbert also got in on the action.

Nick Kroll asked me to post a pic of my awkward stage, but I never had one. So here's me lookin' cool as hell! #PuberMe #PuertoRicoRelief pic.twitter.com/UC9a7XtjZa

The challenge is just the latest in celebrity efforts to raise funding and awareness about Puerto Rico, the US commonwealth devastated last week by Hurricane Maria.