We are all snowflakes 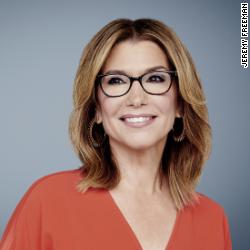 Carol Costello: Americans on both sides of the aisle have become too sensitive to protests of opposing ideas

We need to recognize that free speech means sometimes we will be uncomfortable, and that's OK, writes Costello

Editor’s Note: Carol Costello is the host of “Across America With Carol Costello” on HLN. The views expressed in this commentary are her own.

Yeah, I’m talking to you.

Not just some college kids who flee “violent words” for safe spaces, but you, America. You’ve become so sensitive to any kind of protest, you no longer have the right to malign kids who seek shelter from your blizzard of hypocrisy.

US Attorney General Jeff Sessions is right about one thing – freedom of speech is under attack. This is what he said the other day at Georgetown University. “The American University was once the center of academic freedom,” he said. “But it is transforming into an echo chamber of political correctness … a shelter for fragile egos.”

Sessions threatened to use the Justice Department to make sure those fragile egos don’t win. He wants universities to quit corralling students into tiny “free speech zones,” defined campus spaces for potentially provocative dialogue, and allow them to have a voice on the biggest stage possible – the entire campus. Snowflakes be damned!

Sorry to break it to you, Mr. Sessions, but the situation is a bit more complicated. We are a nation of “fragile egos.” We – on both sides of the aisle – are uncomfortable with protest of any kind of opposing thought, unless it’s done quietly so we can’t hear it.

It is your right to protest racial inequality, but don’t do it during the national anthem at a football game being broadcast on national television. You’re ruining the game before it’s even begun.

Protest police brutality, but do it quietly, in controlled spaces, so you don’t disrupt traffic.

According to The Washington Post, lawmakers in 18 states have introduced legislation to curb mass protests. The bills increase penalties rightly for wearing masks and any potential violent behavior, but they also increase punishments for blocking highways and – wait for it – protect drivers who strike protesters with their cars.

Talk about snowflakes! Just run ‘em down if they hurt your sensibilities.

The truth is many Americans have no idea what free speech involves. It allows for the expression of ideas from every corner of our great United States. It’s uncomfortable, and it ought to be. It’s what makes us grow; it’s what makes us quintessentially American.

Some may like to poke fun at University of California at Berkeley, which has been a hot bed of recent free speech protests, for posting a website detailing the definition of free speech. But the truth is, we could all use a refresher.