“Mark Felt: The Man Who Brought Down the White House” takes Deep Throat – for 30 years an enticing mystery within the Watergate scandal – and thrusts him into the spotlight. Buoyed by Liam Neeson’s steely performance, it’s an intriguing but underdeveloped film that doesn’t go nearly as deep as it should in plumbing the other side of those furtive garage meetings and what motivated this FBI lifer to turn whistleblower.

The contours of Felt’s story – based on books by Felt and John J. O’Connor – could hardly be timelier, what with the current White House leaking like a sieve. Yet while there’s ample fascination, then and now, in what would prompt someone to put their career on the line in this fashion, the film doesn’t hold up the mirror to “All the President’s Men” and Hal Holbrook’s tormented portrayal that one might have expected and indeed hoped to see.

Aided by Neeson’s tough-guy screen persona, writer-director Peter Landesman does present Felt as a man of principle and conviction – G-man’s G-man, determined to protect the bureau in the face of the Nixon administration’s alarming abuses of power.

The film proves thin, however, in providing background on Felt professionally while getting sidetracked in its personal material. The same largely goes for the mechanics of Felt’s leaking – no small matter, given the risks associated with exposure.

The film opens with the death of the FBI’s imperious leader, J. Edgar Hoover, and Felt being passed over for the promotion. The administration fears Felt’s access to his late boss’ notorious secret files, and the deputy director enjoys strong loyalty from key subordinates, played in underwritten roles by Josh Lucas and Tony Goldwyn. 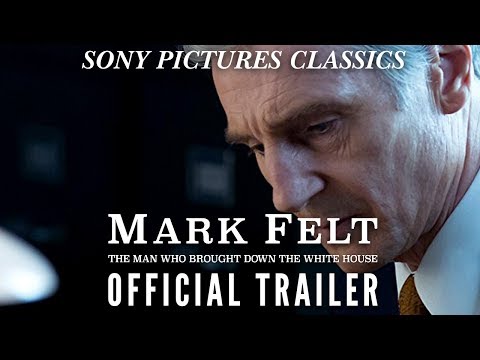 The director job goes to L. Patrick Gray (Martin Csokas of “Into the Badlands”), who, faced with the political football that is the Watergate break-in, appears eager to punt. “You don’t work for them,” Felt, having endeavored to be diplomatic, eventually feels compelled to tell him – a message that isn’t reaching the White House, including Nixon’s counsel John Dean (Michael C. Hall).

The casting is topnotch, but the movie doesn’t get much mileage out of it. That includes Diane Lane as Felt’s wife, who has made sacrifices on the altar of his career, and a subplot involving their grown daughter, a one-time honor student who, like many during that era, has dropped out and disappeared.

Neeson’s innate qualities help portray Felt as someone determined to uphold the bureau’s integrity. But his actions in the service of those objectives are murky, including clandestine meetings with a Time journalist (Bruce Greenwood) as well as the Washington Post’s Bob Woodward (Julian Morris), who, despite helping coin the famous nickname, proves a virtual afterthought.

The press notes describe Deep Throat as “the most famous anonymous man in American history,” which was surely true before Felt was unmasked in 2005, dying three years later.

“Mark Felt” pulls its subject out of the shadows, without providing the sort of focus that would truly shed light on its subject matter – or deliver a movie as compelling as the history that inspired it.