To get an idea of how dire the situation is in hurricane-battered Puerto Rico, take a look at these before-and-after photos of the island.

The images, from a National Oceanic and Atmospheric Administration satellite, offer aerial views of the US commonwealth. One was taken July 24, the other Monday.

The difference is stark.

Usually the island’s coastal towns and cities glimmer in a ring of light. Not anymore. 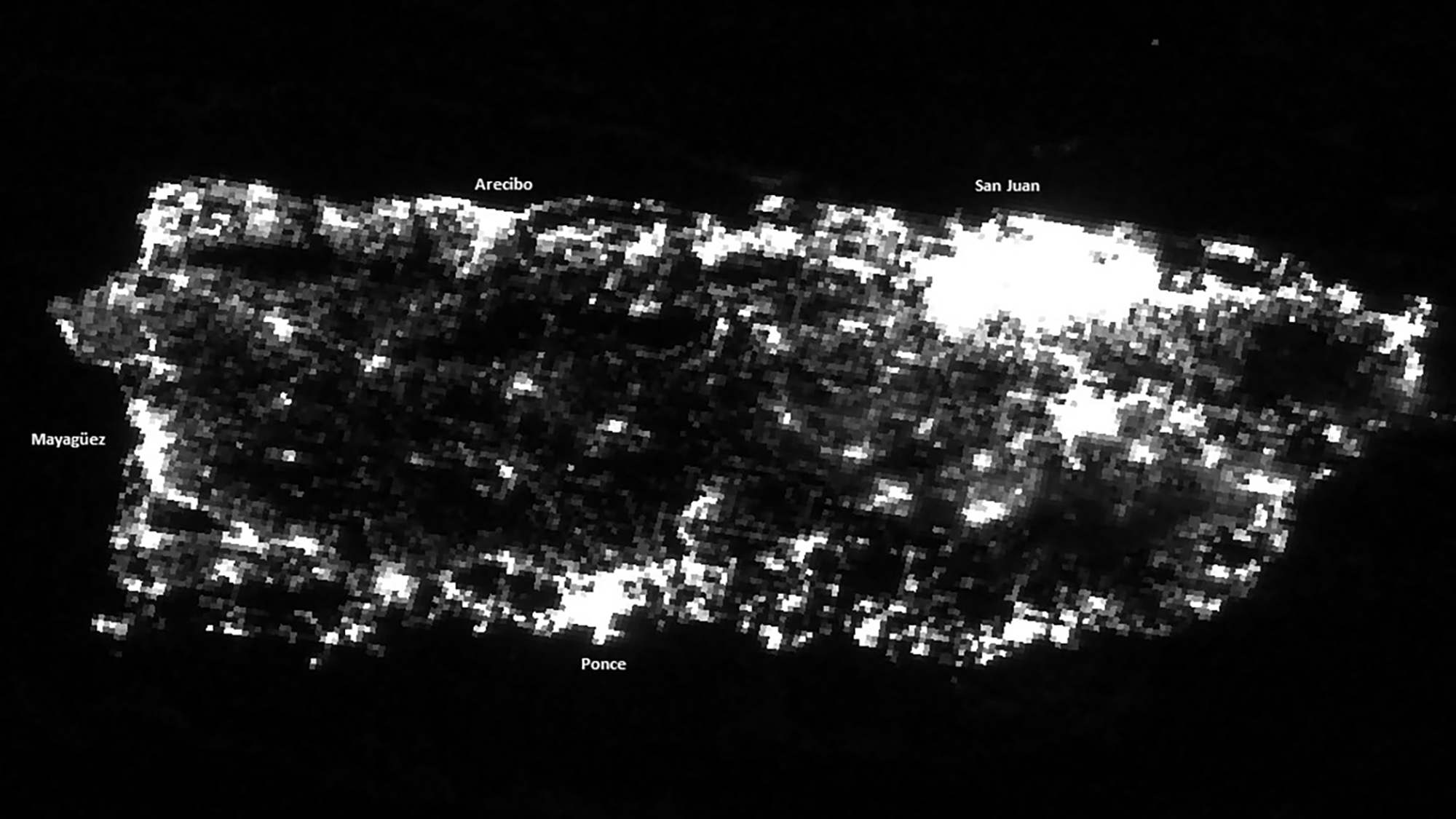 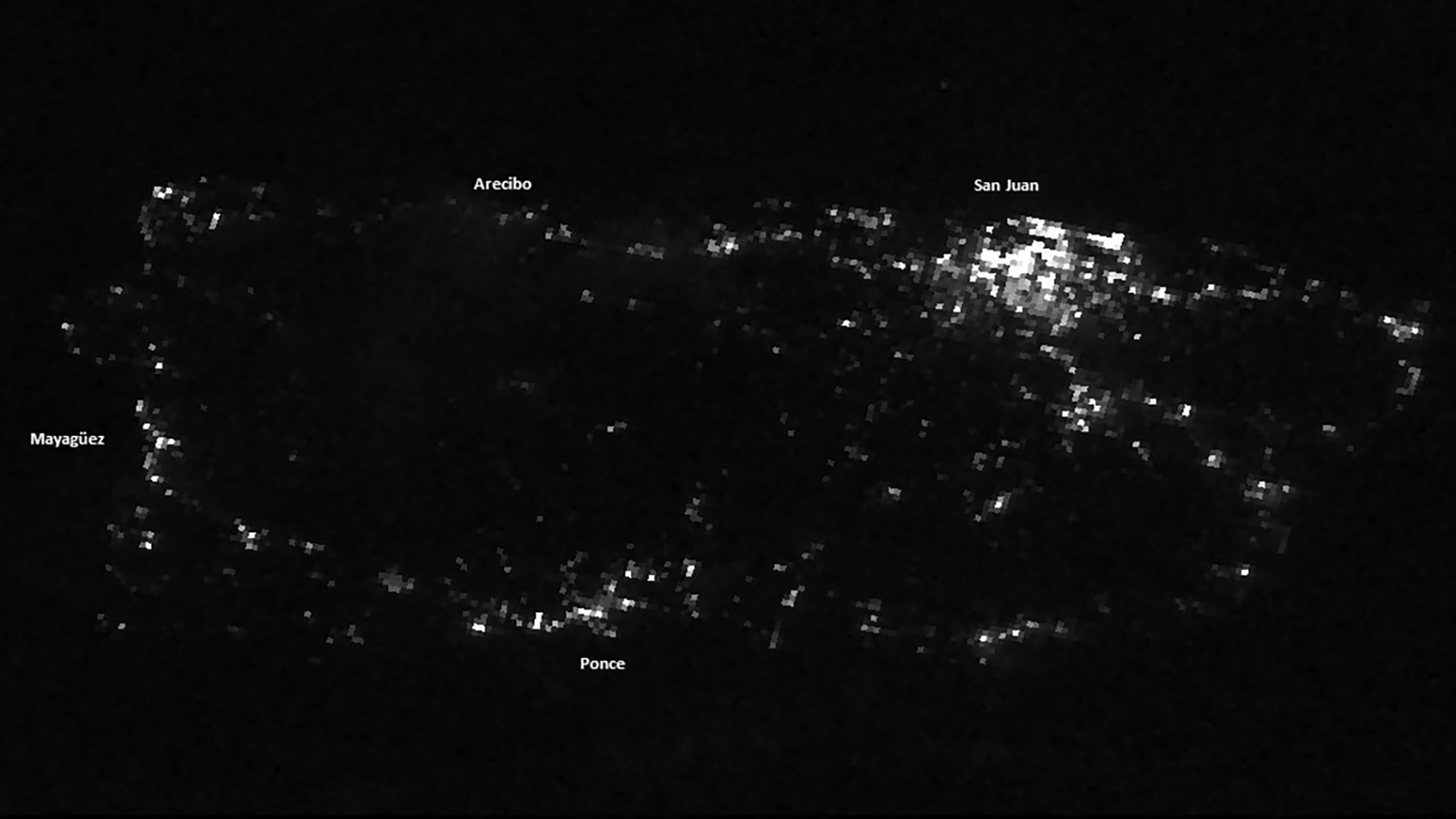 Satellite imagery shows the extent of Puerto Rico's power outages in the aftermath of Hurricane Maria.

San Juan and other cities show the dim light of generator power. The island of Vieques is completely dark.

Puerto Rico’s energy grid took such a severe blow from Hurricane Maria, a Category 4 storm, that the entire system is down. That means more than 3 million American citizens are without electricity.

“Damage is catastrophic,” Ricardo Ramos, CEO of the Puerto Rico Electric Power Authority, told CNN, “(with) transmission lines on the ground and conductors on the ground, and distribution poles broken in half. (It’s) very, very disconcerting.”