CBS mixes a familiar TV strategy with a bolder one in “Young Sheldon,” a spinoff of its long-running hit “The Big Bang Theory” that departs from the network’s traditional multi-camera sitcom format. The experiment at least initially looks like a bright idea – yielding a breezy, likable series, closer in tone to “The Wonder Years” or ABC’s family comedies.

The same description also applies to CBS’ other new sitcom premiering the same night, “Me, Myself & I,” which stars “Saturday Night Live” alum Bobby Moynihan and John Larroquette, as the network grasps for a hit to fill the gaping hole that “Big Bang” will leave behind when it finishes its run.

Sensing that urgency, “Young Sheldon” is the network’s most direct attempt to capitalize on the “Big Bang” connection, which includes having star Jim Parsons narrate this affectionate look back at his character’s younger self.

As has been well documented within the flagship series, Sheldon Cooper (played by Iain Armitage, a genuine find) was a mathematical genius as a child, leapfrogging him into high school at the age of nine. None of that meshed particularly well with his hardscrabble, Bible-thumping Texas upbringing, and left his parents (Zoe Perry, Lance Barber) pretty constantly confused, as if an alien baby had been dropped into their midst.

Created by “Big Bang” patriarch Chuck Lorre and Steven Molaro, “Young Sheldon” taps into the inherent comedy in this dynamic, but with an underlying sweetness that permeates its core. Much of that comes from Perry – as the daughter of Laurie Metcalf, who has guest starred as Sheldon’s mom in “Big Bang,” an inspired choice all around.

As confused as they are raising a kid they can’t hope to understand, Sheldon’s parents are fiercely protective, even if they don’t entirely understand what they’re protecting. Whether that formula can be sustained over the long haul is a clouded by several X factors, but with its sire sitcom as a lead-in – and the clock ticking for CBS, given the expected end of that show’s run in 2019 – let’s just say there’s plenty of incentive to ensure that “Young Sheldon” stays in school for a while.

“Me, Myself & I,” meanwhile, takes a rather tired conceit and makes it reasonably fresh, with Moynihan playing the 40-year-old version of Alex, an ordinary guy who is also presented at ages 14 (“It’s” Jack Dylan Grazer) and 65 (Larroquette). Cutting among these stages in Alex’s life, the show zeroes in on key moments, from a failed first kiss to a marriage falling apart. 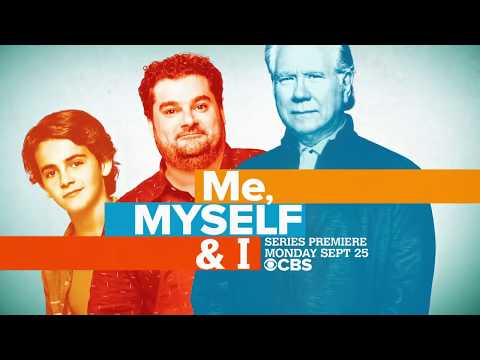 Making allowances for a few head-scratching elements (the heights, for one thing, don’t exactly match up), the series possesses a bittersweet quality – such as when teenage Alex gets a pep talk about the Chicago Bulls’ Michael Jordan from his stepdad – with a dollop of “This is Us” (a show that’s going to generate plenty of flattering imitation) in the time-hopping format.

Perhaps best, both shows mix comedy and sentimentality without falling into the trap of feeling cloying. If they can replicate that equation, there’s a chance both of these kids might be able to grow up on TV.