Apocalyptic. Catastrophic. Strong adjectives to be sure, but people on the ground in Puerto Rico say even those words don’t adequately describe the scale of the devastation that Hurricane Maria brought to the US commonwealth. Scores of buildings are destroyed, power is out in most places, communications are almost nonexistent. And now a busted dam threatens more flooding.

Senate Republicans continue to sound optimistic about their chances of passing their last last-ditch attempt to repeal and replace Obamacare before their window to do so relatively easily closes at the end of the month. If you’re not completely up on the Graham-Cassidy bill, here’s your chance: no more individual and employer mandates, and no more Medicaid-expansion funding.

The bill also would loosen Obamacare’s rules that protect people with pre-existing conditions, something late-night comic Jimmy Kimmel – whose infant son had to have open-heart surgery – said Cassidy promised him it wouldn’t do. As Congress debated the bill, President Trump, speaking at the United Nations, praised the health care system – of a nonexistent African nation.

The NFL continued its defiance of President Trump’s criticism of those who protest during the National Anthem. Ahead of the “Monday Night Football” game between the Dallas Cowboys and the Arizona Cardinals, Cowboys owner Jerry Jones and Dallas players knelt before the anthem – prompting boos from the crowd – then stood and locked arms as the anthem played. Cardinals players stood and locked arms, too. Jones’ participation was noteworthy because he’s criticized such displays in the past.

The GOP drive to get rid of Obamacare may really be dead. No, we mean it this time. Sen. Susan Collins of Maine officially came out as a “no” vote on the Graham-Cassidy bill, the GOP’s latest vehicle to get rid of the Affordable Care Act. It happened as the Congressional Budget Office released its prediction that millions of people would lose comprehensive health insurance under the bill. With John McCain another definite “no” and Rand Paul and Lisa Murkowski leaning that way, Republican Senate leaders just don’t have the votes.

Special counsel Robert Mueller has requested documents and information covering a range of events from President Donald Trump’s White House, including two firings and an Oval Office meeting, sources familiar with the matter tell CNN. Mueller’s investigators are looking for documents and emails relating to the dismissals of national security adviser Michael Flynn and FBI director James Comey, according to the sources.

In addition, one source confirms that Mueller’s team wants information connected to the Oval Office meeting Trump had with Russian officials in which he bragged about firing Comey, saying it eased pressure on his White House. The requests show that parts of Mueller’s investigation are focusing on the President’s own actions.

North Korea: The US has declared war on us. The United States: No, we haven’t. That’s where things stand right now in the increasingly hostile tit-for-tat between the US and North Korea. The North’s foreign minister said President Trump declared war when he tweeted over the weekend that North Korea “won’t be around much longer.” The White House said the foreign minister’s reasoning is absurd. The North says since the US started this, it has the right to shoot down US planes near North Korean airspace. Tensions are so high between the countries right now, some fear war may accidentally break out.

Several dozen conservative Catholic scholars and clergy accused Pope Francis of spreading heresy. No one’s done anything like this for quite a while – like, not since 1333. In a letter, the group claims Francis is “misleading the flock” with his openness to allowing some divorced and remarried Catholics to receive holy communion, among other concerns. But Catholic observers don’t think this brouhaha will go anywhere. Many of the letter’s signees are part of a traditionalist group that’s already broken away from the church. But it does highlight the anxieties some of the church’s more conservatives members are feeling about Francis’ tenure.

North Korean Foreign Minister Ri Yong Ho, responding to President Trump’s threats to “destroy” the rogue nation if it attacked the US or an ally

Something something, first-world problems.

The first daughter told Dr. Oz she had symptoms with all three of her kids.

BUT, WHAT OF THE BREAKFAST PARFAITS?!??!

You can now book a restaurant on Airbnb

Cheaper to open up a science book 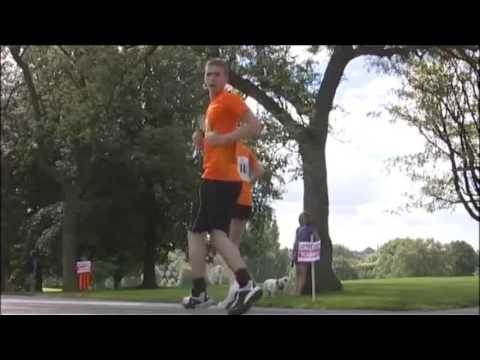 Show this video to a friend and see if they can work out what’s happening. No, these people aren’t casually shuffling away from something: It’s a backwards-running competition … reversed! (Click to view)