“Kingsman: The Golden Circle” comes down with a bad case of sequel-itis – a condition that dictates everything must be bigger, brasher and louder – and thus provides more sporadic fun. Bloated at 141 minutes, director Matthew Vaughn’s wildly stylized spy movie picks up an American twang, but still manages to look a little over-dressed for the occasion.

For anyone who has seen the marketing, it gives away nothing to say that the filmmakers have revived Colin Firth’s character, Harry, largely because the actor was so good in the original. It’s a forgivable sin but an awkward contortion nonetheless – ridiculous even by the standard of a graphic-novel-derived movie that revels in its absurdity.

That’s certainly true of the opening sequence, a positively insane chase sequence, complete with a fight in, on and around a fast-moving taxi. Eggsy (Taron Egerton), who has adopted the code name of his late mentor Harry, a.k.a. Galahad, weathers that battle, but soon finds the whole Kingsmen secret service under siege, forcing him and Merlin (Mark Strong) to seek out their Yankee cousins in Kentucky, Statesman, whose cover involves bourbon, not tailoring.

The trip offers a chance for some “ooh”-inducing cameos, including Channing Tatum, Jeff Bridges and Halle Berry. Throw in “Game of Thrones” alum Pedro Pascal as a whip-wielding agent, Julianne Moore as the sadistic villain – whose evil drug-peddling scheme would have run afoul of Pascal’s “Narcos” character – and a rather incongruous Elton John, and this “Kingsman” certainly has an abundance of star wattage compared to its predecessor.

What it lacks, somewhat inevitably, is the same sense of freshness, settling instead for a kind of madcap chaos. Vaughn and his co-writer Jane Goldman pile on big action set pieces not so much because they’re necessary but simply because they can, yielding diminishing returns after the initial adrenaline rush.

For all the supporting players, this remains a heavily British-tinged production – basically James Bond on steroids and laughing gas. Yet if later Bond movies slipped into camp before Daniel Craig rescued them, “Kingsman 2” seems to have arrived at that precipice somewhat prematurely. (Fox News, incidentally, gets plenty of synergistic screen time in this Fox release.) 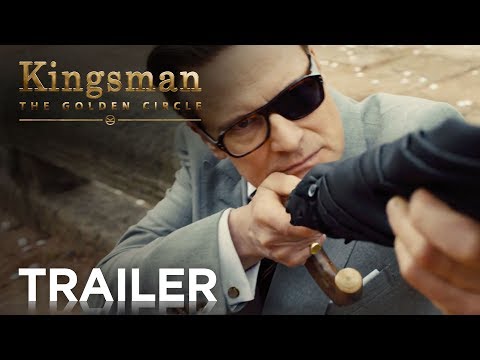 Operating without the sense of discovery in Eggsy’s introduction into this peculiar world, Vaughn seeks to compensate with Harry’s plight, and the relationship between the U.S. cowboy types and the genteel British spies. Yet much of that feels like killing time between the shoot-‘em-ups and fights, which again ratchet up the violence to cartoonish levels.

“Kingsman: The Golden Circle” ultimately delivers enough highlights along the way to merit the return engagement. It’s just that despite – and partly because of – all its shiny new accessories, the movie essentially forces the audience to wade through a fair amount of sediment to find its golden nuggets.