Former Vice President Joe Biden again called out the Department of Education for its review of Obama-era Title IX guidance – and cited “new challenges” when it comes to combating campus sexual assault.

In a video celebrating the third anniversary of “It’s On Us,” an advocacy organization that grew out of an Obama administration initiative, Biden touted the group’s progress toward curbing campus sexual assault in the past three years, but warned against backpedaling by President Donald Trump’s administration.

“You may have heard the progress we made, the additional protections we put in Title IX, which is now the law, that protects students from sexual discrimination – that includes sexual violence,” Biden says. “Now the Department of Education under new leadership is working to roll back the protections under Title IX that we worked so hard to put in place.”

It's On Us - Three Year Anniversary 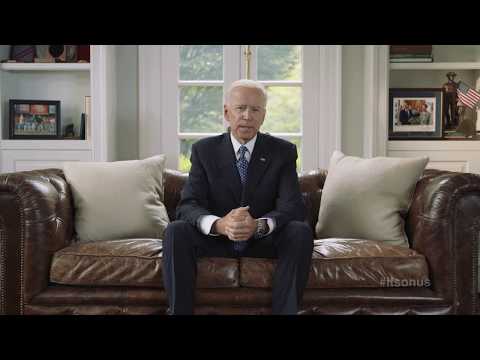 On Tuesday, Biden shared the new video on Twitter with the message: “#ItsOnUs is making great progress toward ending sexual assault, but today we face new challenges.”

Biden, who co-founded “It’s On Us” in 2014 with President Barack Obama, made shedding light on the issue of campus sexual assault a focus of his vice presidency.

“As long as I have a breath in my body, I will fight to change this culture,” Biden said in the video. “I won’t stop and neither should you.”

Title IX is a federal law that prohibits discrimination based on sex for schools and programs that receive federal funding, and includes protections for students for sexual harassment.

Earlier this month, Education Secretary Betsy DeVos announced the department would be rescinding guidance outlined in a “Dear Colleague” letter from the Obama administration.

DeVos cited concerns that under the current guidance, accused students are denied the proper due process.

Immediately following the announcement, Biden called it a step in the “wrong direction.”

“The truth is, although people don’t want to talk about the brutal reality of sexual assault, especially when it occurs in our most cherished institutions, it is our reality, and it must be faced head-on. And any change that weakens Title IX protections will be devastating,” Biden said on Facebook.