Backstage looks at celebrities are fraught with peril – especially one as aware of the image she creates and projects as Lady Gaga. That’s why a feature-length Netflix documentary devoted to a year in her life, “Gaga: Five Foot Two,” never quite feels as spontaneous or illuminating as the access would suggest, unless you’re totally gaga about Gaga.

The film opens with its star being hoisted skyward on cables at the Super Bowl, and quickly segues to her feeding her dogs and tooling around in the kitchen. At 30, she speaks of being more confident and self-possessed, yet the emphasis on the toll her fame exacts – physically, emotionally, spiritually – could have just as easily been titled “It’s Not Easy Being Gaga.”

The physical ailments take on a different hue in light of the performer’s recent decision to postpone a European tour, citing health concerns. But there’s so much else going on, her trips to the doctor would otherwise blend in with consulting stylists and producers.

Director Chris Moukarbel is clearly determined to convey at least the feeling of an up-close-and-personal look at his subject and does elicit some notable comments, such as Gaga talking about being badmouthed by Madonna, who labeled her music “reductive.” 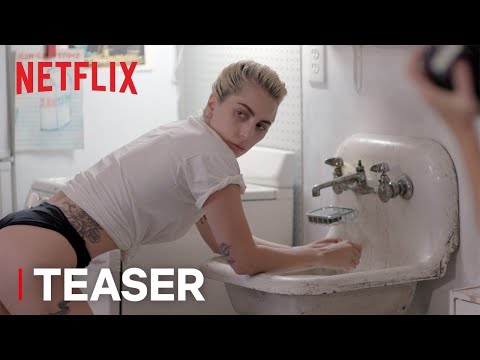 Still, there is an over-abundance of artiness to the film – the camera lingers in strange places, like on Gaga’s earrings – that turns stretches into a bit of a snore, approaching the edge of tedium except perhaps for her most ardent fans.

Part of that has to do with the difficulty in portraying the intricacies of the creative process, with behind-the-curtain glimpses at Gaga planning her Super Bowl halftime show, rehearsing in the studio for a new album and weathering the constant barrage of adulation she receives when venturing out in public in a montage of fabulous outfits.

“I go from everyone touching me all day … to total silence,” she laments in an introspective moment, essentially addressing the price of stardom. (An earlier acknowledgement that she would star in the latest “A Star is Born” remake seems a tad ironic in hindsight.)

For Netflix, tapping into the Gaga brand is a no-brainer, due both to her flair for publicity and the strong bond she enjoys with her audience. Yet if the goal is an intimate portrait of the woman behind the glitter, there’s seldom a moment where her consciousness of the camera appears to waver in the slightest.

So let’s stipulate it’s not always as great or glamorous as one might surmise being Gaga. Nor is it easy staying engaged for the full 100 minutes of “Five Foot Two.”