Meanwhile Hurricane Jose – a Category 1 storm right now – is doing a loop-de-loop in the Atlantic. Some fear it will come near the US and the Bahamas this weekend, but most forecasting models predict it will stay out in the sea.

Less than a week after the UN hit it with new sanctions, North Korea thumbed its nose at the international community yet again. The North launched a ballistic missile over northern Japan, the second time in a month the regime has fired a missile over Hokkaido island and the 22nd missile it has test-fired since February. There was the usual round of condemnations from other nations and the UN – and a show of force from South Korea. The South carried out a “live fire drill” and launched a missile it says could reach Pyongyang.

Video Ad Feedback
01:04 - Source: CNN
How much damage can North Korea's weapons do?

For reasons not clear to anybody, President Trump doubled down on his infamous “both sides” comments about Charlottesville. The President, while traveling back from visiting hurricane-damaged Florida, was asked about his meeting with South Carolina Sen. Tim Scott, the GOP’s lone black senator and a harsh critic of Trump’s response to the Charlottesville violence. The President said, essentially, that what he’d said earlier was correct: that protesters who faced off against neo-Nazis and white supremacists were equally at fault for the violence that day. In case you’ve forgotten, many people consider Trump’s “both sides” response last month the lowest point of his young presidency.

President Trump and first lady Melania Trump visited storm-ravaged Florida to get an update on hurricane relief efforts and hand out meals to survivors. It’s the President’s third such trip after a historic pair of late-summer storms made landfall seven months into his term; he made two stops in Texas after Hurricane Harvey. In Florida, Trump dodged questions about whether the storms have changed his views on climate change, saying, “We’ve had bigger storms than this.” As people share their survival stories, many Floridians face weeks without power, and Cubans and other islanders are still digging out from ruin.

Motel 6 is known for its vow to “leave the light on for you.” Until recently, it seems the hotel chain was shining an unwanted light on some of its guests. Motel 6 says its employees will now stop sharing guest information with US Immigration and Customs Enforcement agents. This comes after a report from a weekly newspaper that federal immigration agents arrested at least 20 people this year at two Motel 6 locations in the Phoenix area. Motel employees told the newspaper they regularly delivered guest lists to ICE.

The average number of Rohingya Muslims fleeing Myanmar every day, including one mother whose infant son didn’t survive the journey

One heck of a good-bye

This morning, NASA’s Cassini spacecraft will celebrate 13 years of studying Saturn – by hurling itself into the ringed planet.

How not to launch a pantry-box start-up: Name it Bodega, then be the last to realize many consider it an offensive threat to traditional mom-and-pop shops.

Fall means cooler weather, football and all the pumpkin spice-flavored goodies you could ever want. Your craving for them is no accident.

Polaroid’s an 80-year-old brand that’s fallen on hard times (thanks a lot, smartphone cameras). Now, it’s betting on a 28-year-old CEO to bring it back.

“You breathe through one (nostril), and you hold it, and you exhale through the other, and you keep going”

Breakfast with Kelly and Margaret 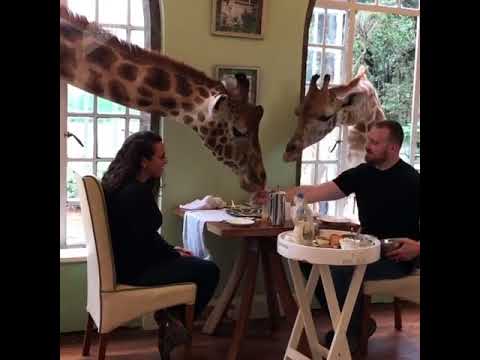 When you stay at a hotel named Giraffe Manor, don’t be surprised when friends drop by for breakfast. (Click to view)