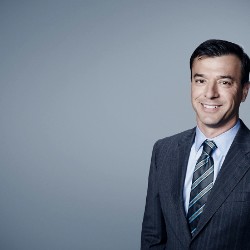 Video shows couple in room with fan, people in hallway where industrial fan is blowing

On the night before emergency workers had to evacuate people from a Florida nursing home where eight died, residents suffered in the sweltering heat as staff used fans to cool them, and one woman sat naked in a bed in a hallway, a video obtained by CNN shows.

The 34-second recording shows a couple in a room at The Rehabilitation Center at Hollywood Hills in Hollywood, with a fan sitting on a nightstand, blowing air across the room and a window cracked open slightly.

According to the family member who shot the video, those two nursing home residents received medical treatment and are recovering.

City officials said eight others died. A criminal investigation is underway by Hollywood police; officials with the facility said staff members are cooperating with it and other inquiries.

“The Rehabilitation Center at Hollywood Hills expresses its deepest sympathy to the family members of the residents who passed away following a prolonged outage of our air conditioning system due to Hurricane Irma,” the nursing home said this week.

“We are devastated by these losses. We are fully cooperating with all authorities and regulators to assess what went wrong and to ensure our other residents are cared for.”

The video gives a glimpse into some of the conditions inside the facility Tuesday night before a series of 911 calls brought firefighters to the facility, where three people were found dead on the second floor.

In the middle of the video, the camera moves into the hallway where a naked woman is hunched over on what appears to be a hospital bed.

The recording shows the facility had power but workers were using an industrial-size drum fan sitting in front of two closed doors to move air through a hallway.

A spokesman for the nursing home told CNN that officials had not seen the video, and if they had they would be precluded by law from commenting on it.

The spokesman for the facility, Ron Bartlett, said that after the air conditioning stopped, workers continually gave residents water and ice.

In all, 141 patients were evacuated from the facility. One resident died at the facility Tuesday but, because the patient had a do-not-resuscitate order, was sent to a funeral home before police asked for the body, according to police.

Authorities are now questioning how the conditions at the nursing home lasted for so long.

Nursing home administrator Jorge Carballo said this week the center immediately contacted Florida Power & Light and continued to follow up with the utility for status updates on when repairs to the transformer would be made. City and state officials said they were in contact with the nursing home for three days and advised them to call 911 if they believed that the health or safety of patients was at risk.

“When asked if they had any medical needs or emergencies, (the nursing home) did not request assistance or indicate any medical emergency existed,” Broward County Mayor Barbara Sharief said in a statement.

The nursing home, in a timeline released this week, said it first called Florida Power & Light on Sunday afternoon about the power being out to the air conditioner and began using 10 portable units that day.

“It’s important to note that through Monday, the building was still cool and the spot coolers were in place maintaining required temperatures,” the facility said.

The facility said an official with its parent company made calls on Monday and Tuesday to several state agencies to report the problem. It said on Tuesday nursing home workers made repeated calls to FP&L, which had not fixed the transformer. Workers at the facility got more portable air conditioners from a nearby hospital, the facility’s timeline says.

A spokesman for Scott’s office, John Tupps, said “every call made to the governor from facility management was referred to the Agency for Health Care Administration and the Florida Department of Health and quickly returned.”

The Florida Department of Health and the Agency for Health Care Administration addressed the timeline Friday, saying, “It is 100 percent the responsibility of health care professionals to preserve life by acting in the best interest of the health and well-being of their patients.”

Richard Beltran, a spokesman for Florida Power & Light, said Wednesday: “What we know now is that a portion of the facility did, in fact, have power, that there was a hospital across the parking lot from this facility and that the nursing home was required to have a permanently installed operational generator.”

On Friday, parent company NextEra Energy referred CNN to a statement on its website, that says, in part: “Because of the current investigations associated with these tragic events involving the nursing home, we are limited in what we can say.”

The nursing home has a history of safety violations and citations, including two for not following generator regulations in 2014 and 2016. In both instances, the nursing home corrected these deficiencies.

Federal law currently requires that nursing homes be kept between 71 and 81 degrees and have a backup power source in case of emergency. That backup power must be able to keep temperatures in a safe range for nursing home residents and whatever provisions are stored there, according to more recent regulations that must be implemented by November 2017.

Three agencies probing how it happened

The causes of the deaths for the residents, who ranged in ages from 71 to 99, are under investigation to see whether any of them were heat-related, said Raelin Storey, director of public affairs for the City of Hollywood.

“The initial investigation has determined that the facility’s air conditioning system was not fully functional,” the city of Hollywood, Florida, said in a statement. “Portable A/C units were being used in the facility, but the facility was excessively hot.”

The nursing home, which is housed in a two-story building, said it prepped for Hurricane Irma. The power generator was working, and the staff stocked up on seven days’ worth of food and water. But they didn’t anticipate they would still have to fight the intense heat with fans and portable air conditioner units.

Three agencies have launched investigations into how this happened, but many questions remain unanswered.

“I am going to aggressively demand answers on how this tragic event took place,” Scott said in a statement. “If they find that this facility was not meeting the state’s high standards of care, they will be held accountable to the fullest extent of the law.”

With a moratorium in place and an ongoing criminal investigation, the residents of Hollywood Hills will find new homes at other facilities, said Storey.

“That is a difficult proposition,” she said. “There are not as many beds and facilities available as there are people with needs.”

Betty Hibbard, 84, who later died, was alive but extremely uncomfortable on Tuesday when her friend Jean Johnson came to visit.

“We went by to see her the day before she passed away,” Johnson told CNN’s Chris Cuomo on Thursday. It was “terribly hot,” she added, but at least the elevator was working.

“I’ve been there sometimes when it didn’t,” she said.

Without central air conditioning, residents were kept in hallways near the cooling units.

“She was sitting in front of a blower, and she almost cried,” Johnson said of Hibbard.

Johnson said the nursing home didn’t have any ice to give her friend, who was ignored by the staff.

In the early hours of Wednesday morning, Johnson went to visit her friend in the hospital. Hibbard was unresponsive.

“She hadn’t really died, but she was gone,” said Johnson, who later got the call that her friend had passed away.