Alabama Senate candidate Roy Moore suggested earlier this year that the September 11, 2001, terrorist attacks might have happened because the country had distanced itself from God.

The Moore campaign did not respond to a request for comment.

Alabama Senate candidate Roy Moore suggested earlier this year that the September 11, 2001, terrorist attacks might have happened because the US had distanced itself from God.

Moore, a hardline conservative running against fellow Republican and incumbent Sen. Luther Strange in a runoff primary race, made the comments in February during a speech at the Open Door Baptist Church, a video reviewed by CNN’s KFile shows. Moore, the former chief justice of Alabama, quotes verses from the Old Testament’s Book of Isaiah, which have been used by some fringe elements of Christianity to suggest that the Bible prophesied the attacks.

“Because you have despised His word and trust in perverseness and oppression, and say thereon … therefore this iniquity will be to you as a breach ready to fall, swell out in a high wall, whose breaking cometh suddenly at an instance,’” Moore said, quoting Isaiah 30:12-13. Then he added: “Sounds a little bit like the Pentagon, whose breaking came suddenly at an instance, doesn’t it?”

Moore, continued, “If you think that’s coincidence, if you go to verse 25, ‘there should be up on every high mountain and upon every hill rivers and streams of water in the day of the great slaughter when the towers will fall.’ You know, we’ve suffered a lot in this country, maybe, just maybe, because we’ve distanced ourselves from the one that has it within his hands to heal this land.”

Later in the same speech, Moore suggested God was upset at the United States because “we legitimize sodomy” and “legitimize abortion.”

The Moore campaign did not respond to a request for comment.

Moore is not the only high-profile figure to suggest 9/11 was a form of punishment from God. On the television program the “700 Club” shortly after the attacks, the late Rev. Jerry Falwell suggested God allowed the attacks to happen because America had become a nation of “pagans, abortionists, feminists, gays, lesbians, the American Civil Liberties Union and the People For the American Way.” Rev. Pat Robertson, the program’s host, appeared to agree with Falwell. Falwell later apologized, saying, “I would never blame any human being except the terrorists, and if I left that impression with gays or lesbians or anyone else, I apologize.”

Moore made similar comments in January 2003 during a speech at Georgetown on the role God plays in the government. Again citing the book of Isaiah, Moore said it foretold a “day of great slaughter, when the towers fall.”

“How many of you remember Americans running to get gas masks because (of) some bearded man in Afghanistan?” Moore asked. “Fear struck this country – you see, there are consequences when we turn away from our source of our strength.” 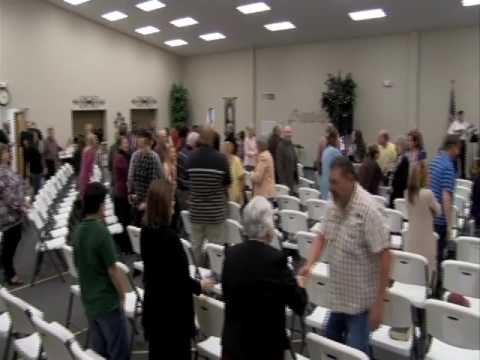