The Congressional Hispanic Caucus Institute’s annual gala is what organizers refer to as “Latino Prom.” Every year, hundreds gather in Washington to celebrate Hispanic Heritage Month and honor people from the community for their contributions.

While the celebrations remained festive at the 40th Anniversary Awards Gala, there was an elephant in the room. Actually, it wasn’t in the room.

“This is the part of the program that is normally reserved for the President of the United States – but he was not invited this year,” Texas Rep. Joaquin Castro, chair of the Congressional Hispanic Caucus Institute, told attendees. “I think you know why.”

It highlights an interesting aspect of this new era of Trump-Schumer-Pelosi bipartisanship: President Donald Trump might not have been invited to the gala because of his anti-immigrant rhetoric and insistence on a border wall, but he was across town at the White House – having dinner with Democratic leaders and working toward a surprising and potentially bipartisan deal to give permanent legal status to children brought to the US as undocumented immigrants.

Castro, who was joined onstage by members of the Congressional Hispanic Caucus and the National Hispanic Leadership Council, referred to Trump’s recent decision to end the Obama-era program Deferred Action for Childhood Arrivals (DACA). The program granted legal status to undocumented immigrants who came to the US with their parents. He gave Congress six months to find a permanent solution. In the five years since DACA was enacted, the nearly 800,000 individuals who have received the protections have started families, pursued careers and studied in schools and universities across the United States

Not long after Castro addressed the crowd, news broke that Trump is closer to a deal with Democrats that would protect hundreds of thousands of young undocumented immigrants from deportation and put off funding for his marquee campaign promise of a wall along the US-Mexico border. Details on the potential deal have yet to be hashed out, so it is far from completed. But that Trump was working directly with the Democrats on it is a notable development that inflamed his more conservative supporters.

The news of Trump’s progress with Schumer and Pelosi also came just after musician K’Naan – and a handful of other artists – performed “Immigrants: The Live Mixtape,” a rendition of a song from CHCI Gala Award Recipient Lin-Manuel Miranda’s “The Hamilton Mixtape.” Miranda debuted a powerful video for “Immigrants (We Get The Job Done),” in June. The song – which also features Riz MC, Snow Tha Product and Residente – focuses on the refugees’ plight.

“Immigrants, we get the job done,” K’Naan rapped Wednesday. “Look how far I come.”

The Hamilton Mixtape: Immigrants (We Get The Job Done) 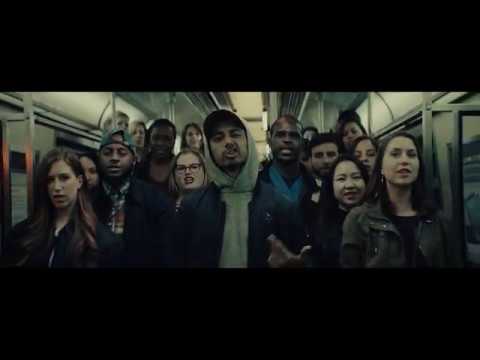 The lyrics hit home for many attendees, who amid dinner, drinks and dancing spent parts of the gala reflecting on the significance of DACA and what taking it away would mean to the Latino community.

“We’re going to fight like hell until the Dreamers are considered Americans, which they are,” Castro said during his speech. “We should always remember that our nation has been blessed to be a nation where people have wanted to come for generations. And that there is a scarier time in our country than a time when everybody wants to come here, that’s a time when nobody wants to come here.”

When presenting the award to Miranda, Rep. Adriano Espaillat said Miranda “re-opened the doors of history” by re-imagining the story of Hamilton, an “immigrant just like me.”

“‘Hamilton’ is exactly what we need now-a-days,” he said during the speech. “This is what our country needs right now when the fate of 800,000 immigrants in the balance, in the critical balance. One of my favorite lines of the play is ‘I’m just like my country, I’m young, scrappy and hungry. And I’m not throwing away my shot.’ Let’s give these young people their shot at the American dream. And who knows, maybe they can be like Alexander Hamilton.”

Miranda drove that point home when accepting the award.

“We must work together to right wrongs, to continue to build a country where everyone has a seat at the table,” he said. “It is not a cliche when we say immigrants built this country. In fact, Hamilton did, that’s his financial system. His legacy is felt in this city more than anywhere else. No other country on earth owes its prosperity and its soul to immigrants and their descendents more than the United States of America. … We must continue to be that country.”

He also defended DACA and the rights of undocumented immigrants.

“To our legislators in DC, and throughout the country, fighting for your Dreamers must be your quest. To civic leaders, community activists, I’m so honored to be here. … To our leaders in the business community raise your voices. … To you Dreamers, you inspire me every day. You remind me what makes me most proud of our country.”