Which statues should stay – and which should go 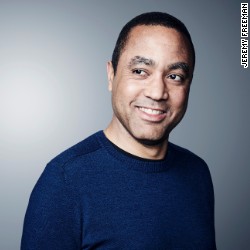 John McWhorter: Before removing all Confederate monuments, we need to remember that slavery was a norm in the US

Statues should stay if the person's legacy is not solely based on the suppression of black people, he writes

Editor’s Note: John McWhorter teaches linguistics, American studies, philosophy and music history at Columbia University and is the author of “Words on the Move.” The opinions expressed in this commentary are his own.

“Where does it stop?” our President has asked in response to the call in Charlottesville, Virginia, to take down a commemorative statue of Robert E. Lee. “I wonder, is it George Washington next week?” And while calls to rename the Washington Monument will be few, many may find it uncomfortable that a public showing of “Gone With the Wind” was canceled in Memphis a few weeks ago out of concern that its rosy depiction of slavery now qualifies as offensive.

By this metric, many old movies qualify as unacceptable in modern society, since so many of them are couched in an America in which bigotry and dismissal of black people was casually accepted.

Related Article GOP hurts itself by overreacting to Trump on Charlottesville

I support the dismantling of statues of Robert E. Lee, and taking down Confederate flags. However, while Trump’s question as to where this all stops is hardly rooted in a sophisticated take on the matter, it has some validity. I question the idea that any historical figure who profited from slave labor or the slave trade must therefore have their names removed from buildings.

I also question the related call – aimed last year against the musical “Hamilton” – that such people’s association with slavery must be held front and center in any engagement with them today. And we certainly must nip in the bud any burgeoning crusade against the public airing of America’s cinematic heritage.

Because there will always be some with hammers to whom everything is a nail, I propose a metric of three qualities to help us decide which tokens of the American past to place under wraps as offensively racist.

Was the person’s or cultural artifact’s historical impact exclusively focused on slavery and racism?

A person whose only historically resonant contribution was the subjugation of black people need not be celebrated today in public monuments. Robert E. Lee led a long-term military campaign designed to keep black slaves in bondage; this is what statues of him commemorate. That Lee was a gentlemanly soul otherwise is irrelevant: No one would have put statues up of him about that.

It insults the intelligence of a modern society to suppose that viewers will not understand that the depiction of slavery is antique. To insist the slavery aspect of the film means the film must be treated the way Germany used to treat “Mein Kampf” is the quintessence of virtue signaling. “The Birth of a Nation,” with its depiction of the Ku Klux Klan as saviors, is a similar case. Its cinematic artfulness, and pioneering status, outweigh the transparently out of date nature of the racism it depicts, which, in itself, stands as a useful lesson in the nasty side of American history.

There are borderline cases. Woodrow Wilson was a deeply, shamelessly bigoted man, perhaps more so than even the typical Southerner of his time, especially educated ones. Knowing how despicably he treated black leaders who consulted him in the Oval Office and various other statements of his – such as praising “The Birth of a Nation” as “writing history with lightning” – I would blench somewhat to be an undergraduate having to walk by a building named after him at Princeton. However, Wilson was also known for a noble effort to avoid a repeat of World War I via the League of Nations. Opinions will differ as to whether this counterbalances the racism, especially that of a Southerner born in 1856.

Did the person insist on their support of segregation and racism even in the face of vigorous arguments otherwise?

George Washington and Thomas Jefferson were slaveholders when opposition to the practice was generally thought of as a fringe ideology. Their other accomplishments far outweigh their participation in something their era considered ordinary. Only a very few can see beyond the structures and strictures of their time, and Washington and Jefferson both did that in many other ways.

John C. Calhoun, however, earnestly supported slavery in the face of articulate and insistent arguments against it from his fellow congressmen. Moreover, this is today his most resonant contribution to American history. As such, Yale was correct to remove his name from a building.

Christopher Columbus is the ambiguous case here. His ghastly treatment of Native Americans, which initiated and opened the door for the extinction of an entire people, was based on attitudes toward indigenous people tragically ordinary among Europeans of the period. Opposing arguments now famous, such as those of Bartolomeo de las Casas, had yet to coalesce into a mainstream line of thought. Some would say that Columbus’ bringing the New World into permanent contact with the Old ought be celebrated despite his bigotry, which was inevitable in his time. Yet Columbus can also be seen as a mere persistent mariner who happened to do something first that surely someone else would have if Columbus hadn’t succeeded. As such, we might say his bigotry and its results is his main legacy to us, with the rest a mere accident.

Related Video Confederate statues on display at the Capitol

The main point is, however, that it is blinkered for Columbus’ bigotry to be the only consideration in disputes over his commemoration.

Is the monument an ever-present part of experience?

A final concern must be the extent to which the monument in question is a part of daily life. Statues, here, are easy; black people are quite right not to want to pass every day a statue celebrating a man who fought to keep their ancestors enslaved. Similarly, the Confederate flag has been a near inescapable symbol in much of the South.

However, the ubiquity test is a further case against rendering it “racist” to show films like “Gone With the Wind” in public. No single film, beyond scattered obsessives, provides the wallpaper of a human life in the way that a statue can. Even in our era of instant streaming and YouTube, so very much information and material competes for attention that a single film qualifies as a mere occasional blip in experience.

The piety of Disney in refusing to make “The Song of the South” available commercially, for example, is also relevant here. The artistry of the film beckons beyond its depiction of black servitude, an announcement before the film could remind us of what is backward about it, and its availability would harm no one. It is safe to say that no sane person would screen the film on the side of a public building for years.

I suggest that these three metrics allow us to steer a course between the callousness of pretty statues celebrating crusaders for slavery and the laziness of treating as “racist” the commemoration of any figure from the past who was ungifted with paradigm-shattering moral prescience. Incidentally, for those who seek that the Confederate flag be reinterpreted as symbolizing what is good about the modern South – the climate, the “y’all come back,” the barbecue, the music, the charms of the accent, etc. – I hereby offer a suggestion: How about someone designing a new Southern flag?