Elisabeth Moss caps a busy year with “Top of the Lake: China Girl,” a less-impressive sequel to her 2013 SundanceTV miniseries. Coming on the heels of “The Handmaid’s Tale,” it nonetheless helps cement the “Mad Men” star’s status as reigning queen of the limited series, while signaling how a shift in the TV landscape is creating richer roles, for women in particular.

In the 1980s and ’90s, actresses like Meredith Baxter achieved a kind of royalty in the realm of TV movies. But those projects often weren’t especially ambitious, reveling in true crime and melodrama, like “A Woman Scorned: The Betty Broderick Story” and “Darkness Before Dawn.”

More recently, networks have sought a bigger return on their programming investment by funneling resources into series and limited series, providing opportunities for more fleshed-out characters and portrayals.

Moss is only one of the beneficiaries of this dynamic. Carrie Coon followed HBO’s critically lauded “The Leftovers” by starring in the latest edition of FX’s “Fargo.” Nicole Kidman also has a small but significant supporting role in “Top of the Lake,” after being part of the female-led ensemble in HBO’s “Big Little Lies.” Ditto for “Game of Thrones’” Gwendoline Christie, who plays Moss’ unlikely sidekick.

More are on the way. Sarah Paulson again heads producer Ryan Murphy’s repertory company in the latest edition of “American Horror Story.” Edie Falco will play attorney Leslie Abramson in “Law & Order True Crime: The Menendez Murders,” an eight-part NBC production (previously fodder for a 1994 miniseries). And “Downton Abbey’s” Joanne Froggatt stars in “Liar,” a provocative SundanceTV drama about a teacher who accuses a doctor of sexually assaulting her.

As noted, “Top of the Lake” isn’t among the cream of that crop. For starters, the plot hinges on strained coincidences and hackneyed relationships, and there’s really not much of a mystery surrounding the central storyline, which involves the body of a young woman that washes ashore. 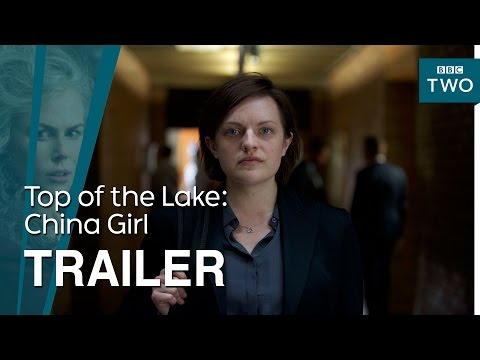 The strongest aspect of the six-hour project – other than the amusing visual of Moss’ Det. Robin Griffin ordering around Christie, who towers over her – involves Griffin being forced to confront the emotional toll of having given up a baby, now grown, for adoption. Her challenges also include the chauvinistic attitudes of the Australian police department where she works, although those scenes unfold in a rather ham-handed manner.

As those shortcomings demonstrate, the more intricate nature of TV in the current era is no assurance of success. But even a misfire like “Top of the Lake” isn’t for lack of trying. If nothing else, those dynamics create a more hospitable environment for an actress like Moss – when the elements come together – to operate at or near the top of her game.