His White House in a perpetual state of soap operatic turmoil, President Donald Trump could very well enter 2018 without a single major legislative victory to his name.

But over at the Department of Justice, it’s a very different story. While Trump may be, by word of the Constitution, the most powerful person in Washington, it is his attorney general, Jeff Sessions, who has emerged as one of the most potent – even after Trump publicly scolded him over his recusal from the Russian election meddling investigation, then expressed regret over his nomination.

But where Trump has failed to roll back former President Barack Obama’s signature achievements and policies, Sessions, under the radar and without congressional tripwires at his feet, is erasing some others with startling speed.

In no particular order, the Sessions Justice Department has:

Consider Trump’s plan to end DACA. When it came down to it, the President steered clear of the spotlight and let Sessions be the public face of a decision officials from both parties have described as unfair or even cruel.

It’s not the first time Trump has been happy enough – or detached enough, depending on your assessment of the his mindset on these issues – to defer to Sessions or, in cases where executive action is required, follow his lead. Where Trump is primarily focused on how he’s covered in the press and how his actions play with “the base,” officials like Sessions and EPA Administrator Scott Pruitt have shown themselves to be laser-focused on very specific policy points.

So much so that, even when Trump’s personal frustration with “our beleaguered A.G.” boiled over into a series of public broadsides against Sessions in July, the attorney general never seemed close to quitting.

What Trump said about DACA in 12 hours

If the sniping from up Pennsylvania Avenue bothers Sessions, you’d have hardly noticed. His investment in Trump demanded it. Sessions shrewdly latched on to Trump early on in the primary season. No one else in the Republican field was ever going to – or ever again would – empower Sessions like Trump has, much less hand him the keys to the Justice Department.

Which brings us to Tuesday morning. There stood Sessions, center stage, doing precisely what, by many accounts, Trump himself didn’t have the stomach for – announcing that “the program known as DACA, that was effectuated under the Obama administration, is being rescinded.”

For Sessions, it was the end of a long road – one he’d traveled on Trump’s shoulders. This video below underlines just how far he’s come. It was posted by his old colleague, Texas Sen. Ted Cruz, in 2014. (And flagged by Bloomberg’s Steven Dennis in a tweet.)

By his side? None other than a once anonymous aide turned top Trump White House official: Stephen Miller. 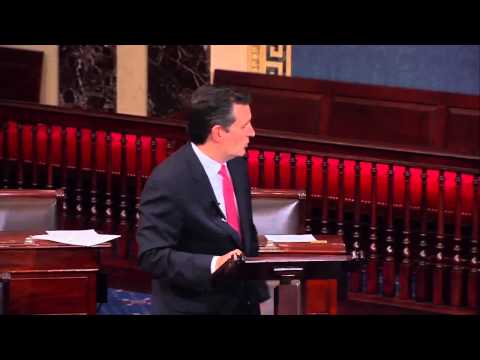