South Korea conducted a live-fire military drill in response to the test, using surface-to-surface missiles and fighter jets to hit targets off its own coast. Now, a South Korean lawmaker says the North is moving an intercontinental ballistic missile. US Defense Secretary James Mattis promised a “massive military response” if the North attacked the US or its allies, but military analysts say the US doesn’t have a lot of good options when it comes to dealing with the regime.

Hurricane Irma – one of the strongest storms in the history of the Atlantic – blasted through the small island of Barbuda early this morning. Now, the Category 5 storm is marching through the rest of the Caribbean and toward the US. Irma, with 185-mph winds, next has Puerto Rico, Antigua, St. Kitts and Nevis, and the US Virgin Islands in its sights.

Meanwhile, the Gulf Coast is just starting its recovery from Harvey. Floodwaters are receding, so people are returning to their damaged homes and businesses to assess the damage. President Trump made his second visit to areas hit hard by Harvey over the weekend. And there’s big concern over 13 toxic waste sites that were flooded by the storm. But there’s good news, too. Houston’s mayor said most of the city’s businesses will reopen today.

First, the Trump administration said it was putting an end to DACA, a program that gave almost 800,000 young undocumented immigrants protection from deportation. The expected fiery reaction to the announcement – from immigration groups, some GOP lawmakers, former President Obama and others – dominated most of the day’s coverage. The White House put out talking points telling DACA recipients to prepare to leave the US.

Sen. Bob Menendez’s federal corruption trial gets started today in New Jersey. You’re forgiven if you’ve forgotten about this case, because it’s been more than two years since charges were filed against the Democrat and Dr. Salomon Melgen, his alleged co-conspirator. Prosecutors say Menendez accepted expensive vacations and campaign donations from Melgen in exchange for helping Melgen in disputes with government officials. Both men deny the claims; they’ve pleaded not guilty to 18 counts of fraud and bribery.

The Rohingya are a stateless, Muslim minority in predominantly Buddhist Myanmar and are considered some of the most persecuted people in the world. Hundreds have died in recent clashes, and more than 73,000 of them have fled the country since the end of last month.

Is the Trump administration thinking of getting out of the Iran nuclear deal? UN Ambassador Nikki Haley laid out a case for doing just that during a speech to a conservative think tank. Haley said Iran’s technical compliance alone with the deal isn’t enough for the US. Iran’s history, its hostility toward America and its behavior in the Middle East must be considered, too, she said. The President will decide next month whether to re-certify the pact, which must be done every 90 days.

We all wish we could be taller, but maybe we’ll be satisfied with our height after hearing this: How tall you are might have some bearing on certain health problems, like blood clots. A new study from the journal Circulation: Cardiovascular Genetics says height can be a predictor of your risk for blood clots. The taller you are, the greater the risk, the research showed (and blood clots are thought to kill between 60,000 to 100,000 Americans each year). Other health issues – like cancer, heart problems and diabetes – may also have some links to height.

It’s when all of the new “Star Wars” toys are revealed. Godspeed, parents.

Over the holiday weekend, the music world said good-bye to Walter Becker, one of the geniuses behind the jazzy pop of Steely Dan.

Royal watchers are over the moon with the news that Prince William and Kate are expecting baby No. 3.

The droids you’ve been looking for

That cute little BB-8 droid will meet his evil twin when “Star Wars: The Last Jedi” takes over this galaxy in December.

Scents on a plane

Fresh-baked bread. Vanilla bean. Lemongrass. The smells from your local farmer’s market? Nope, just the scents that will fill your nose on your next first-class flight.

Ladies of the flies

Hollywood’s about to do an all-girl remake of “Lord of the Flies,” and predictably, social media lost its ever-loving mind.

HOW TO GET KIDS TO EAT VEGETABLES 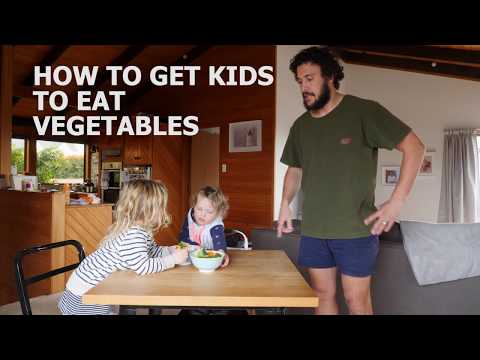 I can’t stop watching this. And yes, he’s solving this Rubik’s Cube one hand at a time … with his EYES CLOSED.  (Click to view)