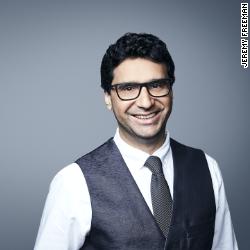 The US-led coalition fighting ISIS has carried out airstrikes to “crater” and disable roads that ISIS fighters intended to use to evacuate the border area between Syria and Lebanon as part of an agreement with the Lebanese government and Hezbollah.

The coalition said in a statement it did not strike the convoy but did hit “individual vehicles and fighters that were clearly identified as ISIS.”

The Lebanese militant and political group Hezbollah declared victory over ISIS Monday, saying more than 600 ISIS fighters and civilians in the mountainous Syria-Lebanon border area were allowed to cross to ISIS-controlled eastern Syria.

Coalition spokesman Col. Ryan Dillon told CNN that the “coalition conducted air strikes to stop a convoy of ISIS fighters and their families from reaching an ISIS-held area in eastern Syria from the Lebanese border under a truce deal.” He added that “the coalition has not struck the convoy. In accordance with the law of armed conflict, the coalition will take action against ISIS whenever and wherever we are able to without harming civilians”

“The coalition is not a party to the agreement between Lebanese Hezbollah and ISIS. Russian and pro-regime counter-ISIS words ring hollow when they allow known terrorists to transit territory under their control,” Pentagon spokesman Eric Pahon told CNN.

“ISIS is a global threat; relocating terrorists from one place to another for someone else to deal with is not a lasting solution,” Pahon added, saying “the coalition is monitoring the movement of these fighters in real-time. In accordance with the law of armed conflict, the coalition will take action against ISIS whenever and wherever we are able to.”

Iraq’s Prime Minister Haider al-Abadi and the Kurdish leadership condemned the ceasefire deal after it was announced.

“We are not happy with the deal and we consider it a mistake by transferring territories to an area nearby the Syrian-Iraqi border,” he said at a news conference in Baghdad Tuesday.

“ISIS is dying and we should not give it a chance to breathe,” al Abadi added.

CLARIFICATION: This story has been updated to reflect the location of the ISIS fighters and civilians.