Sebastian Gorka’s PhD adviser: ‘I would not call him an expert in terrorism’ 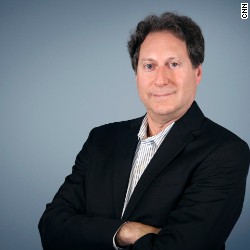 Terrorism experts say Gorka's experience in their field is limited.

Gorka's "level of expertise does not match the level where he stands in the White House," former PhD adviser says.

As a deputy assistant to President Donald Trump, Sebastian Gorka is often the public face of the administration when it comes to one of the most critical items on the President’s agenda: Combating terrorism.

Gorka, a British-accented tough-talker who until Friday served under now-fired White House chief strategist Steve Bannon, considers himself an expert on the topic.

But that opinion is not shared by a dozen international security experts and scholars interviewed by CNN, including a professor who advised Gorka on his PhD dissertation and considers him a friend.

“I would not call him an expert on terrorism,” said Stephen Sloan, a retired professor of political science who spent much of his career at the University of Oklahoma. Though he said Gorka is “knowledgeable” about terrorism matters, “his level of expertise does not match the level where he stands in the White House.”

Sloan said Gorka “does a very good job being the bulldog, if you will, for the administration … but as an adviser, I have some discomfort.”

It’s Gorka’s ability to do battle with journalists, sources say, that has kept him in good standing with the President and out in front of the cameras. But beyond being a spokesman on national security matters, his duties at the White House remain unclear.

After Bannon’s ouster Friday, two sources close to the White House told CNN that Gorka was being eyed for dismissal.

The White House Office of Communications refused to answer questions on what exactly Gorka does, whether he advises anyone, and whether he holds the security clearance needed to sit in on meetings involving terrorism.

Gorka did not respond to numerous requests from CNN for comment.

According to a biography page from his personal website, which has been taken offline, Gorka holds a PhD in political science, has briefed and advised numerous government agencies including the CIA, and “is an internationally recognized authority on issues of national security, irregular warfare, terrorism and democratization.”

He also authored the 2016 New York Times best-selling book “Defeating Jihad: The Winnable War,” which argued US leaders should stop referring to Islamist terrorism as “violent extremism” and acknowledge what he outlines as “global jihad.”

Terrorism experts, however, told CNN that Gorka’s experience in their field is limited. They point out Gorka does not speak Arabic, has done very little traveling in Muslim countries and has never worked in any official leadership or management role in foreign policy, intelligence or the military. While resumes have varied among White House national security and counterterrorism aides, Gorka lacks some of the typical experience for such a position.

Mia Bloom, a professor of communications and Middle East studies at Georgia State University, said she met Gorka at a conference where they had been asked to talk about the characteristics of ISIS. She said he was so ill-prepared that she and other participants wondered if they were witnessing some kind of practical joke.

“He was making incredibly basic errors about the Arab revolt,” Bloom said. “We were all looking at each other like, what is he doing here?”

From Hungarian politics to the White House

Gorka, 46, is the London-born son of Hungarian refugees. At some point, he moved to Piliscsaba, a small Hungarian town, where he tried to start a political career. He lost a race for mayor in 2006, then tried to launch an alternative Hungarian political party with individuals tied to the county’s ultra-nationalist movement, according to Hungarian news accounts and interviews he did at the time.

Those political ties, along with a medal Gorka has worn that was awarded to his father by a group called the Vitezi Rend, have led to unproven accusations that he harbors anti-Semitic views.

Vitezi Rend was on a US State Department list describing it as being “under the direction of the Nazi government” in the 1930s and 1940s.

A current leader of Vitezi Rend tells CNN the group was never involved with the Nazis and Gorka himself is not a pledged member.

CNN obtained Hungarian secret police files on Gorka’s father from the 1950s. The communist government at the time referred to the elder Gorka as a “very right-wing person.” A Hungarian historian told CNN that anyone opposed to the communist regime at the time was labeled the same.

Gorka has denied that he was ever a member of Vitezi Rend and says he wears the medal in memory of what his family endured under the communist government. CNN has found no evidence Gorka holds anti-Semitic views.

In 1996, Gorka married his wife, Katharine, in Hungary. They moved to the United States where he has said he became a citizen. Together, they started their own think tanks, and have co-written papers focused on counterterrorism.

He has drawn criticism from several groups who claim his viewpoints on radical Islamic fundamentalism are an overbroad indictment on the Muslim faith.

Gorka has dismissed critiques against him as personal attacks that do not address the substance of his policy proposals. “It’s always personal, always ad hominem,” he said in February, according to The Washington Free Beacon. “They can’t win on the merits of their case, so they play the man, not the ball.”

According to his resume, he taught classes at institutions including the Marine Corps University in Quantico, Virginia, and became a professor at the Institute of World Politics, a small Washington graduate school.

Federal contract data show between 2012 and 2016, the FBI paid more than $100,000 to the organization that Gorka chaired, Threat Knowledge Group, which, according to contracts, covered training and seminars on topics including terrorism. The FBI declined to comment on CNN’s questions about how and why the organization was selected.

He was an adjunct assistant professor from 2011 to 2013 at Georgetown University, where he taught mostly national security, according to a university spokesperson.

Gorka was one of about two dozen witnesses retained to prepare reports on terrorism for the case against Boston Marathon bomber Dzhokhar Tsarnaev, but he did not testify during the trial, according to the US Attorney’s Office in Massachusetts.

Much of his career in recent years has consisted of publishing and broadcasting for right-wing media. He became the national security editor for Breitbart News, which at the time was run by Steve Bannon. He began appearing regularly on Fox News, criticizing then-President Barack Obama for his handling of terrorism. In his appearances on Fox News, anchors and reporters refer to him as Dr. Gorka, a title he earned from a PhD in political science awarded to him from Corvinus University in Budapest, Hungary.

Daniel Nexon, an associate professor at Georgetown University who has criticized Trump, recently reviewed Gorka’s 2007 PhD dissertation, which focused on post-Cold War terrorism, and described it as “inept.”

“It’s not remotely something that I would consider scholarship. It does not deploy evidence that would satisfy the most basic methodological requirements for a PhD in the US,” said Nexon, who added the paper referenced out-of-date information and reached unsubstantiated conclusions, among other issues.

Sloan said he worked with Gorka teaching a course together at the George C. Marshall Center in Germany in the mid-2000s. He said they still speak regularly. He said he believes that some of the criticism lobbed against Gorka is partisan, but that Gorka sometimes steps outside his area of knowledge, for example when he speaks about Russia or North Korea. “He’s never done detailed research in those areas. He’s never been in the foreign service.”

But when it comes to Gorka’s main field of study – terrorism and insurgency – Sloan says Gorka is solid.

“He’s not one of the authorities by any stretch of the imagination, but he’s competent,” Sloan said. “I would say he makes more of a contribution in regards to his work on insurgency where he draws very nicely from the literature of those who I view to be experts.”

Former FBI agent Clint Watts, who has also participated on academic panels with Gorka, said he believes Gorka has secured numerous teaching positions because of his dynamic speaking style, but he thinks Gorka lacks the necessary credentials to be considered an expert in counterterrorism.

“I would expect someone who is going to talk so feverishly about radical Islam to have a PhD in Middle East history with Arabic language experience, to have lived, worked, studied in multiple Arabic-speaking countries, to have participated or studied ground military campaigns, law enforcement, intel operations,” said Watts, now a senior fellow at the Foreign Policy Research Institute.

“That’s not really where Sebastian is coming from,” Watts said.