Asia is building its own world order 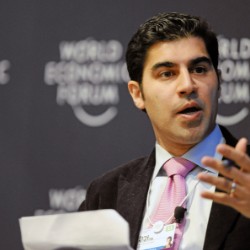 Editor’s Note: Parag Khanna is a senior research fellow at the Centre on Asia and Globalisation at the Lee Kuan Yew School of Public Policy in Singapore. The opinions in this article belong to the author.

Much has been made recently of how the policies of the Trump administration clash with the global conventional wisdom – and how these contrast with the new spirit of global leadership emanating from China.

As Trump touted protectionism and “America First,” Chinese premier Xi Jinping defended globalization at Davos. While Trump was bashing the stinginess of the US’ NATO on defense, China convened the “One Belt, One Road” summit of dozens of Eurasian nations to ratify the largest coordinated cross-border infrastructure spending initiative in human history.

And no sooner had Trump pulled the US out of the Paris climate agreement than China and the EU signed a raft of new partnerships around clean energy.

With or without Trump, it is undeniable that a deep and broad strain in American society and leadership is skeptical about trade liberalization, multilateralism and binding global norms. Whereas once America was the missionary driver of all three, right now it formally rejects them.

This gap between America’s preferred approaches and other stakeholders extends very strongly into the geopolitical arena as well.

Consider the latest developments in the standoff with North Korea. After it demonstrated long-range ballistic missile capability and the potential to send nuclear warheads on a much further trajectory than previously estimated, Asian neighbors are ever more vocal that diplomacy with Pyongyang – even recognition of the regime in exchange for a moratorium on further nuclear tests – is the obvious path forward.

Yet still, America’s national security adviser H.R. McMaster and UN ambassador Nikki Haley continue to insist that military options are on the table, including pre-emptive strikes.

Then there is Russia. Germany’s liberal FDP party leader Christian Lindner caused a stir last week by stating what was already on most Germans’ minds: Antagonistic relations with Russia are not in Europe’s interest, and reconciling may require accepting its 2014 seizure of Crimea.

Indeed, the German government is irate about new US sanctions that are as much about promoting American LNG exports to Europe as they are about punishing Russia.

And with respect to Iran, new sanctions in response to the country’s expanding ballistic missile program have the immediate effect of pushing Iran and Russia closer together – with Russia eager to expand its sales of tanks, jets and surface-to-air missiles to Tehran.

Additionally, of course, not removing sanctions on Iran would only give it greater incentive to accelerate its nuclear program, since its compliance with the Joint Plan of Action will have not been rewarded.

America’s allies and partners don’t just disagree with Washington’s policies due to differences of opinion, but because US policies are backfiring nearly everywhere. America’s abdication of credible global leadership is already resulting in significant shifts in how major domains of global activity are being managed by other powers.

Consider that China is now the top trading partner of 124 countries, more than twice as many (52) for whom the US is the most significant trade relationship, according to IMF data.

The more than one decade long “supercycle” in which voracious Asian consumption fueled peak commodities prices and enabled Latin America and Africa to notch sustained high growth rates is attributable to Chinese and Indian demand, not America’s open markets.

Now that commodities have slumped and Asian demand growth decelerated, to whom are emerging markets turning for investment capital? Japan and China (with Hong Kong) are the largest sources of outbound investment capital in the world today, with Germany next in the ranking.

The AIIB is one major example of how Asian countries are aggressively reaching out across the world’s major population centers to share their development models and establish partnerships for the long-term.

With this in mind, “leadership” needs to be defined as more than the American Navy patrolling the high seas, America’s army boots on the ground in hotspots and American heads of state giving speeches at the Brandenburg Gate.

Leadership today is about who provides the infrastructure financing, technical assistance, construction equipment and other essential underpinnings of the modernization most of the world still needs to achieve. Commentators who spend too much time inside the Beltway echo chamber and too little time out in the real world have been missing this irrefutable fact for the better part of the post-Cold War era.

But from the financial crisis to the election of Donald Trump, the past decade has delivered the rude awakening needed to spark a reinterpretation of this period.

This is, of course, precisely what is no longer happening as America in particular becomes a land of a few “haves” and many “have-nots.” No doubt rising powers want to import or steal Silicon Valley technology and creative mindsets, but there is precious little else that suits their current needs.

Asian leaders such as Xi or India’s Narendra Modi now have the authority, longevity and consistency of agenda on their side. Economist Tyler Cowen recently wrote of China’s governance model reaching “mimetic” levels of recognition, while India is poised to be the world’s fastest growing major economy for at least the next decade.

And both China and India have long been inspired by Lee Kuan Yew’s Singapore, the first world city-state now overseen by the great statesman’s technocratic son Lee Hsien Loong.

Bear in mind that even the charismatic former US President Barack Obama did not fundamentally enhance America’s global standing or reverse its relative decline. Personalities are a transient way to measure power – and Trump proves how they are more likely to do lasting damage than memorable good.

Despite Emmanuel Macron’s victory in France and Angela Merkel’s likely re-election in Germany, the West as a whole lacks any singular figure commanding global admiration or nation beckoning global followership.

Even the emergence of a competent and compelling new face in Western politics – not that there is one to speak of at the moment – could not reverse these Eastern gains in the leadership arena.

The most powerful force in history is not American empire, but the law of supply and demand. In the marketplace for global order, today already it is the East that delivers what the world needs more than the West.