Who is Bill Browder? 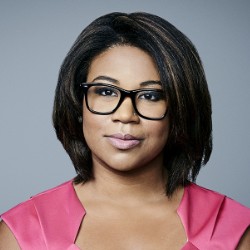 Members of the Senate judiciary committee who were focused on alleged efforts by Russia to influence the US presidential election turned their focus on Thursday to an American CEO who once employed Sergei Magnitsky, the lawyer for whom the 2012 act that sanctioned Russian officials and nationals for human rights abuses was named.

That legislation is at the center of a June 2016 meeting between Donald Trump Jr., Paul Manafort, Jared Kushner, a Russian lawyer and others.

Bill Browder, the founder and CEO of Hermitage Capital Management, hired Magnitsky as his lawyer in the 2000s. Magnitsky worked to uncover a $230 million tax fraud scheme in Russia, was jailed and later died in a Moscow prison under suspicious circumstances. Browder, who is now being thrust into the political spotlight, testified on Thursday that he believes Magnitsky was “murdered as my proxy.”

“If Sergei had not been my lawyer, he would still be alive today,” he said, according to prepared remarks.

Browder, who was born in Chicago, is the founder and CEO of Hermitage Capital Management, an international investment fund once represented by Magnitsky. Browder was once the largest investor in Russia’s stock market and a supporter of Russian President Vladimir Putin.

That changed, he said, when he was expelled from Russia in 2005 after being considered a threat to national security. Browder suggests that his expulsion was due to his his outspoken criticism of Russian corporate governance.

In the years since Browder, who is now a British citizen, was expelled from Russia, he has become a fierce critic of official corruption there. In his recent book, “Red Notice: A True Story of High Finance, Murder and One Man’s Fight for Justice,” he recounts his life and expulsion from Russia, as well as his campaign for justice for Magnitsky.