The life-changing science of photographing your clutter

Picture your favorite childhood stuffed animal. Are you clinging to it even though neither you nor anyone else in your household has played with that creature in years?

If so, you’re not alone. Parting with possessions we don’t need is a struggle for many Americans. We have an average of at least 50 unused items in our homes, including clothing, electronic devices and toys.

Just as common: our desire to ditch this excess baggage, which has fired up the market for Marie Kondo’s best-selling books, blogs and a magazine called Real Simple devoted in part to helping people ditch their clutter.

As consumer psychologists, we wanted to know why people have so much trouble parting with possessions they no longer use. To gain some insight, we zeroed in on items with sentimental value in a series of studies recently published in the Journal of Marketing. 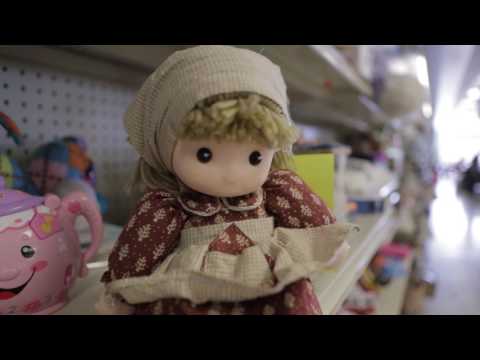 Things that are tied to emotionally significant memories may represent a piece of your identity. When you struggle to part with that jersey you wore on the junior varsity basketball team, for example, you are not really clinging to the shirt itself. Instead, you’re hanging onto the memories represented by that now-tattered item of clothing you probably won’t wear again. Its sentimental value may make giving the jersey away feel like giving up a piece of your own identity.

We set out to test ways to help people donate goods that are meaningful to them. In studies conducted online and in person, we found that participants reported that they would experience less identity loss from donating a cherished item if they had photographed it or preserved the memory of it some other way.

Why more stuff does not mean more happiness

Matt Souveny has pledged to pare down his wardrobe to 10 items for a year, excluding socks, underwear and outerwear.
Courtesy matt souveny

10 items for a year: A minimalist approach to fashion

Initially, in an online study, we let our subjects choose how to handle this. Nearly two out of three opted for photography, by far the most popular method. The other most common techniques included creating a scrapbook page or making a video about it – the approach taken by 22 percent of our participants – and writing a note or making a journal entry – selected by 13 percent.

Given how easy smartphones make digital photography, our results perhaps should come as no surprise. Many of us already rely on our phones to “remember” all kinds of information, ranging from birthdays to where we have parked our cars.

The findings supported our theory that photographs can preserve the memories tied to sentimental items and make people more likely to donate them. In other words, people don’t want these things – they just want to keep the memories they represent intact. When grownups capture the memories they associate with their favorite stuffed animal in a photograph, they often stop fearing they will lose those memories and feel free to let go of the item.

To test whether photographing objects with sentimental value actually increases donations, we studied the behavior of Pennsylvania State University students. First, we placed signs for a donation drive for discarded stuff at the end of the school year in eight dorms housing a total of more than 800 male and female undergraduate students. In four dorms, the signs suggested that students photograph items with sentimental value that they no longer used before donating them. The rest had signs that just solicited donations.

Why Congress should let everyone deduct charitable gifts from their taxes

We repeated this exercise at the end of the fall semester in six all-female dorms about the same size as the prior study. Though fewer than half of the students were moving out, the rate of donation was still 15 percent higher in the dorm where they saw the suggestion about photographing items of sentimental value – a statistically significant difference.

We also conducted research outside a university setting by asking donors dropping off items at a St. Vincent de Paul thrift store near the Penn State campus to see if any of the stuff they were donating had sentimental value. About half of the donors dropping off items with sentimental value received pictures of their donated goods that our research assistants snapped with a Polaroid-style instant camera while the other half did not get a picture.

Afterward, we asked these donors whether they felt like they had lost a piece of themselves when parting with their items. Those who got the photos reported significantly less identity loss, suggesting that the photography truly helped them purge.

Taken together, our studies suggest that shooting pictures can help people get rid of possessions with sentimental value.

Our findings also suggest that photography is no universal cure for clutter.

For example, when we asked people in our studies to take pictures of these items before selling them, that action didn’t help. The idea of placing monetary value on these things appeared to turn them off, as previous research suggests it might. One possible explanation: consumers are reluctant to monetize cherished possessions.

Participants were reluctant to sell sentimental items regardless of whether they were prompted to photograph them or not.

Matt Souveny has pledged to pare down his wradrobe to 10 items for a year, excluding socks, underwear and outerwear.
Courtesy matt souveny

Declutter your wardrobe: Lessons from people who've done it

Similarly, we found that shooting photos of stuff lacking sentimental value didn’t make people more likely to get rid of it. We believe that was because the pictures didn’t preserve emotionally significant memories. Consumers often keep things without sentimental value out of a desire to be frugal.

Of course charities won’t take everything people should discard, including that worn-out teddy bear in your attic. Although we didn’t look into whether photography makes it easier for people to chuck stuff with sentimental value, we suspect that it wouldn’t work. Trashing prized possessions could feel too much like throwing out the memories that photos of them would help preserve.

Many nonprofits like Goodwill depend on donations of all kinds. But some specialize in attire that is bound to have some sentimental value. Becca’s Closet, a charity that distributes used prom dresses, and Dress for Success, which gives secondhand professional clothing away to low-income women, are two good examples.

Our research suggests that charities like those could glean more donations by encouraging people to photograph meaningful items as they purge their closets.

If you, like most Americans, have dozens – if not hundreds – of surplus things, you should try this yourself. Letting others benefit from your stuff will extend its usefulness while helping them save money. Besides, you’ll surely feel happier in a less cluttered home.