What’s behind Trump’s prayer in the Oval Office 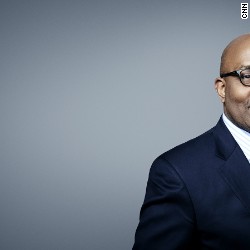 Errol Louis: The President doesn't regularly attend church and has displayed a wobbly knowledge of the BIble

The secular media has made much of some viral photos from the Oval Office in which a group of ministers are seen touching President Donald Trump while praying. But it’s not particularly shocking to a vast and influential swath of America. Anyone surprised about it, should get used to seeing and hearing a lot more displays of evangelical fervor in and around the White House.

For decades, the Republican Party has taken pains to court rural, conservative, churchgoing Christian voters and the religious institutions to which they belong. GOP donors have spent many years pouring resources into a network of universities, political action committees, campaigns and candidates.

Trump now inherits a party whose base expects and demands overt shows of religious sentiment from government leaders that would have shocked the Founders. In a nation whose Constitution requires a separation of church and state, we now see ministers clustered around a president at the symbolic and literal center of American government, appealing to the Almighty for “Supernatural Wisdom, Guidance and Protection.”

The particular religious practice, called the “laying on of hands,” dates back to the roots of Christianity, when followers of Jesus experienced an explosion of spirituality during the Jewish feast of Pentecost, about 7 weeks after the crucifixion of Christ. Biblical texts describe early Christian leaders dancing, speaking in unknown tongues and laying hands on new converts.

On any given Sunday, you can visit any of the congregations across the country affiliated with the Assemblies of God, the Church of God in Christ and other Pentecostal churches, and witness people singing, dancing, speaking in tongues – and laying hands on individual worshipers while praying for them.

In political terms, evangelicals have been on the rise since the 1970s, then President Jimmy Carter, then and now a Sunday school teacher, announced he was a born-again Christian. Other Democratic presidents have been known to pray with religious leaders. (Barack Obama participated in prayer circles now and then at the White House, as in his 2011 meeting with the Circle of Protection Campaign.)

But it was with Carter’s loss to Ronald Reagan in 1980 that evangelicals began to discover a more comfortable home with Republicans, who explicitly organized around curbing abortion and agitating for school prayer and home schooling.

In broad terms, a long-running rivalry between so-called country club Republicans and Sunday School Republicans has more or less ended with the nearly complete triumph of the Sunday School crowd. The country clubbers in the business wing of the party, concerned about business regulations, government spending and tax policy, have been outnumbered and outmaneuvered by conservatives primarily interested in abortion, gay marriage, support for religious schools and related social issues.

All of which leads us to the odd sight of Donald Trump emerging as the choice of evangelical leaders. Trump doesn’t regularly attend church, has publicly displayed a wobbly knowledge of the Bible, and has spent his life worshipping Mammon, running casinos (one of which had a strip club) and openly cheating on at least two of his three wives.

Nevertheless, he has promised to advance the social conservative agenda by appointing anti-abortion judges, and for many religious leaders that is good enough.

“Wow - we are going to see another great spiritual awakening,” wrote the minister who snapped the laying-on-hands Oval Office photo.

Get used to it.