To date, Trump has kept the process at arms' length

“I don’t even want to talk about it because I think it would be very bad,” Trump said in an interview with the Christian Broadcasting Network. “I will be very angry about it and a lot of people will be very upset.”

President Trump: 'I will be very angry' if Obamacare Isn't Repealed and Replaced 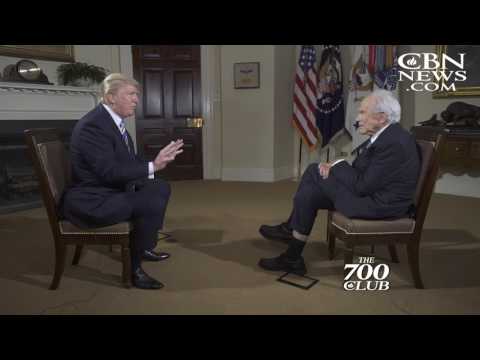 Trump had promised to repeal and replace Obamacare early in his presidency, but the effort has suffered from a series of fits and starts as it makes its way through the House and Senate.

To date, Trump has kept the process at arms’ length, getting involved with individuals senators when needed, but largely leaving the negotiating up to Senate Majority Leader Mitch McConnell.

On Wednesday, though, Trump said he was “waiting” for a bill to “come to my desk.”

“I am sitting in the Oval Office with a pen in hand, waiting for our senators to give it to me,” Trump said in the interview. “For years, they’ve been talking about repeal-replace, repeal-replace. I think they passed it 61 times … now we have a President that’s waiting to sign it. I have pen in hand so now it means something.”

Vice President Mike Pence has primarily been the White House’s driving force on health care of late. The former Indiana governor and congressman has been working the phone from his office, aides say, and hosted a dinner for six senators at his Naval Observatory home on Tuesday.

Pence also traveled to Kentucky on Wednesday to sell the health care plan.

Trump’s distance from health care has come after senators and their top aides have made it clear to the White House that the less Trump is involved in detailed negotiations, the better they believe the prospects are.

But by not using presidential power to sell this bill – especially with large scale events in key states – the plan has little chance of rising from the depths of its low approval ratings.

“I hope that they do it,” Trump told CBN on Wednesday, somewhat distancing himself from the debate by using the phrase “they.”

“They’ve been promising it for years,” Trump added.