Emin Agalarov was mentioned in emails between Donald Trump Jr. and a music publicist

He released his first English-language album in 2006

His 2013 song "In Another Life" was promoted at Trump's Miss Universe pageant, which Agalarov's billionaire father paid to host in Moscow

Emin Agalarov is a pop star from Russia who’s sold more than one million albums, toured the world, and now finds himself in the middle of a controversy about contact between President Donald Trump’s son Donald Trump Jr. and a Russian lawyer.

Emin, 37, was born in Baku, Azerbaijan, the son of Aras Agalarov, a billionaire developer, and moved to Russia when he was 4, according to his website. He went to high school in Switzerland and to college in the US at Marymount Manhattan College and joined his father’s company, Crocus Group, becoming a commercial director in 2001.

He released his first English-language album, Still, in 2006, and continued releasing albums even as he remained at his father’s company, becoming a vice president in 2012.

In 2013, his song “In Another Life” was promoted in the Miss Universe pageant, owned at the time by then-“Apprentice” host Trump and held that year in Moscow. Emin’s father paid between $14 million and $20 million to bring the pageant there, according to the Washington Post, and Emin performed the song during the show and he released multiple music videos for the song, including one featuring contestants and another featuring Trump. 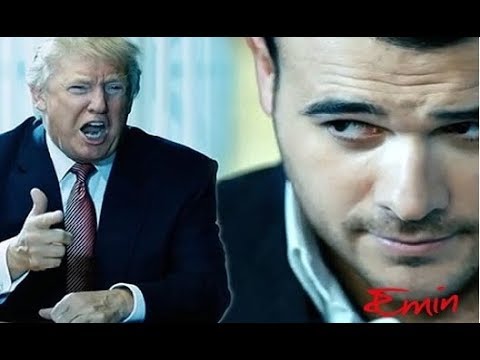 @AgalarovAras I had a great weekend with you and your family. You have done a FANTASTIC job. TRUMP TOWER-MOSCOW is next. EMIN was WOW!

Emin has had one song chart in the US on a Billboard chart, “Boomerang” featuring Nile Rodgers, which peaked at No. 9 on the Dance Club Songs chart in 2015. 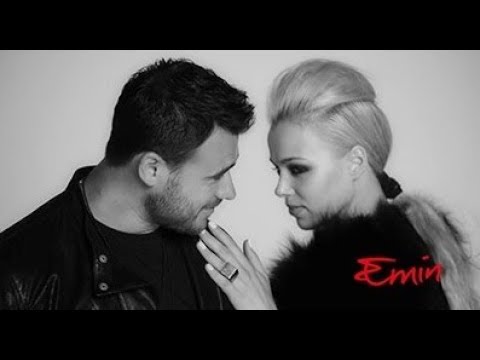 Emin congratulated Trump on winning the 2016 election on Instagram, sharing a video that also included footage of Trump wishing him a happy birthday.

One week after Trump reached the number of delegates to clinch the Republican presidential nomination in 2016, his son Donald Trump Jr. received an email from music publicist Rob Goldstone saying Emin was offering “official documents and information that would incriminate Hillary.”

He also congratulated Trump on winning the election, posting the video of “In Another Life” and writing that Trump “will be the only American President ever to appear in a music video.”

Goldstone wrote last month that he left the US for London as part of a “gap year,” writing, “That’s it NYC - see ya next year.”

Emin posted on Instagram Tuesday a photo of him in a car, writing in English, “Finally sunshine,” and in Russian what translates roughly to “look at this news right now.”

Emin and Aras Agalarov have retained outside counsel to answer questions related to Trump. An attorney for Emin confirmed he and his father helped facilitate a meeting between Donald Trump Jr. and a Russian attorney, but denied the purpose of the meeting was to share incriminating information about Hillary Clinton, stating instead it was to discuss the Magnitsky Act, about Russian adoption. However, in the emails between Trump Jr. and Goldstone, the act is not discussed.

“If there was something important that Mr. Agalarov wanted to communicate to the Trump campaign, I suspect he could have called Mr. Trump directly as opposed to having his son’s pop music publicist be the intermediary,” Agalarov attorney Scott Balber told CNN’s “New Day” Wednesday.