What Hobby Lobby’s president plans to do with 40,000 biblical artifacts

A few blocks away from the National Mall, a historic building is being transformed to hold thousands of biblical artifacts owned by the president of Hobby Lobby.

The Museum of the Bible – slated to open later in November – is headed by Steve Green and will focus on the Bible’s impact, history and narrative, its website says.

The arts and crafts retail chain recently agreed to turn over thousands of biblical artifacts to the Department of Justice, but Green still owns about 40,000 items that will be displayed at the Museum of the Bible in Washington, the museum states on its website.

“This is about the Bible. It’s not about a faith, tradition or a church or a denomination. It’s about a book,” Green said about the museum in a video posted online.

Museum of the Bible Introduction 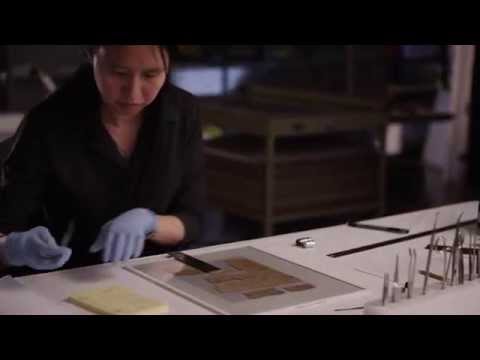 Green, the driving force behind the museum, has spent the last few years curating one of the world’s largest private collections of biblical texts and artifacts.

He has been able to gather about 40,000 biblical antiquities that helped influence the Bible’s formation since he purchased the first artifact in 2009, according to the latest of the museum’s annual reports.

The collection’s gem is the Codex Climaci Rescriptus, one of the world’s earliest surviving Bibles, and it includes texts in Jesus’ Palestinian Aramaic language.

“We believe it is the most incredible book that’s ever been written,” Green told CNN in a 2011 interview. “It is a book that has been ridiculed and vilified and yet loved.”

Another item is a large portion of a Gutenberg Bible, which provoked the 15th century revolution in printing. A King James Bible, an influential centuries-old English translation, and other items emphasizing Jewish, Catholic and Protestant contributions to the book, also are part of Green’s collection.

The religious relics have not been stored in a warehouse gaining dust awaiting the museum’s opening.

A preview of the museum’s collection has been going on a cross-country tour since 2011, visiting cities such as Oklahoma City, Atlanta, and, more recently, Santa Clarita, California.

The “Passages” exhibit focuses on how “the biblical narrative has been passed on from ancient times to the modern age.”

“The Bible didn’t come from Mount Sinai to Moses and end up in a Red Roof Inn desk drawer,” said Scott Carol, the first director of the collection.

Museum of the Bible is currently under construction in Washington.
Michael S. Williamson/The Washington Post/Getty Images

The Oklahoma City-based chain has never been shy about its Christian orientation since it was founded in 1972.

Its mission statement outlines a dedication to Christian principles and it is known for putting out religious newspaper ads around the holidays.

In 2014, Hobby Lobby led a legal battle in which the company argued that for-profit companies should not be required to pay for specific types of contraceptives for their employees. The Supreme Court ruled in its favor.

As is the case for some religious companies, Hobby Lobby stores across the nation are closed on Sundays to allow “associates time for family and for worship,” the company states on its website.

The chain’s owners, the Green family, also own a Christian bookstore and educational supply chain.