Kelly Clarkson is not here for your body shaming

She's talked before about being body shamed

Troll Kelly Clarkson at your own risk.

The Grammy-winning singer shut down a Twitter user who had something to say about her weight.

It started Tuesday when Clarkson tweeted a note of thanks to service members in honor of the 4th of July holiday.

“Thank u 2 every person in service 4 protecting all of us and cheers to every person who fought for us to experience freedom & independence,” Clarkson wrote.

The new “Voice” coach shot back with a tweet saying “and still f***ing awesome.”

“I’m sure she’ll cry about being fat while shining her Grammys and counting her money,” one supporter tweeted. “Haters need to get a life.”

@kelly_clarkson huge fan here and I think you are AMAZING! I also believe this ❤ Kindness Matters! pic.twitter.com/6OC3QMhSvq

Body shaming, nice. He is a sad troll and you are beautiful in every way, Kelly.

It’s not the first time the celeb has been a target for criticism about her size.

Two years ago, Clarkson reportedly laughed it off after British personality Katie Hopkins tweeted negative comments about her weight.

The singer later told Ellen DeGeneres that she’s been dealing with such remarks since before she won the first season of “American Idol.”

Kelly Clarkson on Her New Baby, Album, and Recent Criticism 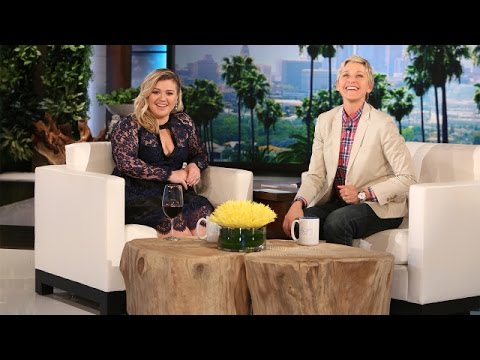