Bryce has invited Ryan to switch jobs: 'You can come work the iron, and I'll go to DC'

House Speaker Paul Ryan has a new longshot challenger for the seat he’s held onto for nearly 20 years.

Randy Bryce – a Democratic organizer and union iron worker who’s never held elected office – gained national attention with a viral video that debuted last month announcing his congressional bid. The video, which pitches Bryce as a “working man” and focuses on health care, racked up nearly a half-million views in the less than two weeks it’s been online and drew attention from left leaning activists and national media.

Bryce considers the video a success, recently telling CNN it attracted more than $100,000 in donations within 24 hours.

“I’ve just had enough. People are fed up,” Bryce said in a phone interview. “It’s just a really crooked place in Washington, DC.”

Even with the attention the video has attracted, Bryce’s odds of unseating the Wisconsin Republican at this point appear extremely low. While polling for congressional districts is historically scarce and unreliable, Ryan has never lost a race. In fact, he’s never won with less than by double-digit margins. He bested his opponent by nearly 35 points in 2016. Ryan has also been a prolific fundraiser, raising millions not only for himself but to preserve his party’s control of the House.

When asked to respond to Bryce’s announcement video, Ryan campaign spokesman Zack Roday said, “Bryce is a liberal agitator in Wisconsin. He is not a political novice; he is a three time failed candidate who has been repeatedly rejected by southern Wisconsin voters for his far left positions.”

It is true that Bryce doesn’t have a great record of success in running for office. His two campaigns to serve in the state legislature were unsuccessful, as was his 2013 bid for the Racine County Board of Education.

The fundraising arm for House Republicans also made note of this point. The National Republican Campaign Committee said Bryce’s “petty attacks against Paul Ryan will be rejected by voters in the same fashion that his three former failed campaigns have been.”

But after a spring where Republicans in Congress struggled to find enough support to repeal and replace the Affordable Care Act with a GOP alternative, perhaps it’s no surprise that Bryce’s video, which centers on his own difficult experiences with health care, took off online.

The House’s health care legislation had a tumultuous time getting passed this spring, though Ryan and GOP leadership helped guide the bill through the lower chamber in May. Senators have headed home to their states with no clear path for their own legislation, and the President and several prominent Republicans called on Friday for a straight repeal of Obamacare, which would delay deliberation over a potential replacement bill.

A video that centers on health care

Set to an emotional soundtrack, Bryce’s announcement video opens with a clip of Trump touting Ryan’s work on the Republican health care plan. Then it moves to Ryan talking about the bill. Panoramic shots of “southeastern Wisconsin” – where Wisconsin’s 1st Congressional District is located – fill the screen. 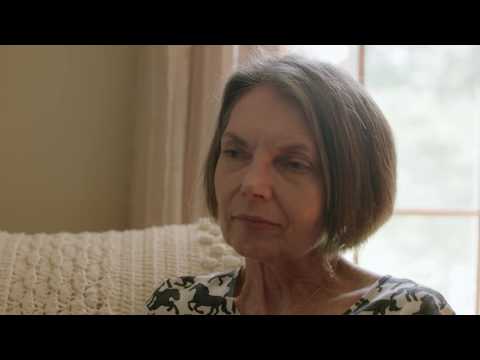 The ad features Bryce’s mother who talks about her fight with multiple sclerosis and how the GOP health plan would affect her.

Though she has been able to get treatment, Bryce described the helplessness he’s felt in dealing with her condition.

“There were some times when I’m in a room next to her, and she’s in a room just screaming in pain, you know, and I’m like, ‘I can’t do anything. I don’t know what to do. I can’t help her.’”

Bryce himself has faced difficult medical conditions. When he left the Army after serving abroad in Honduras, he was diagnosed with prostate cancer. He didn’t have insurance at the time, but considers himself lucky because he was able to get care through an experimental treatment at a nearby medical school.

He beat the cancer, but his mom continues to struggle with MS, and his father – who was not in the ad – lives in an assisted living facility with Alzheimer’s.

Bryce’s son, Ben, also drew mentions in the video and at the first campaign rally. Bryce calls him “a miracle” because doctors had told Bryce that he likely wouldn’t be able to have children as a result of his prostate cancer.

Bryce has, however, been active in local Democratic politics. He serves as the political coordinator for his union and as Chair of the Democratic Party of Wisconsin’s Veterans Caucus.

Bryce says he’s learned a lot from his previous failed campaigns. He explained that his primary challenger in his first race had similar policy positions and worked hard to win – “she busted her butt off and she beat me.” He chalks his second loss up to the fact that it was in a solidly conservative district.

This time around, Bryce is showing more confidence.

“I tried doing it twice after work and you know it was tough,” he said, describing working a full-time job and running for office. “But this time, I have just an amazing team behind me.”

The district is reliably Republican, but Bryce will first have to win the Democratic primary if he even wants to face off with Ryan next fall. Democrat David Yankovich has also announced his bid for Ryan’s seat.

CNN has reached out to the Democratic Congressional Campaign Committee, the group charged with recruiting and supporting Democratic House candidates, for comment on Bryce’s bid and have not yet gotten a response.

As the Democratic party struggles nationally to find its footing following defeat in November and an intra-party fight over its future, Bryce believes he has a simple message that works.

According to the candidate, that message is: “Look, I’m one of you.”

“‘I’m more like you than this guy who hasn’t (had a public town hall) in our district for over 600 days,’” Bryce said. When asked about the criticism related to holding town hall meetings, Ryan’s campaign responded by saying the speaker regularly meets with constituents at other events and has recently held telephone town halls.