By Serenitie Wang, Chieu Luu, Yuli Yang and Eric Cheung, CNN
Updated 10:34 PM EDT, Sun June 25, 2017
Ad Feedback
Video Ad Feedback
Devastating landslides
TOPSHOT - CORRECTION - Chinese military police and rescue workers are seen at the site of a landslide in in Xinmo village, Diexi town of Maoxian county, Sichuan province on June 24, 2017. Around 100 people are feared buried after a landslide smashed through their village in southwest China's Sichuan Province early Saturday, local officials said, as they launched an emergency rescue operation. / AFP PHOTO / STR / China OUT / The erroneous mention[s] appearing in the metadata of this photo by STR has been modified in AFP systems in the following manner: [Maoxian] instead of [Maoxiang]. Please immediately remove the erroneous mention[s] from all your online services and delete it (them) from your servers. If you have been authorized by AFP to distribute it (them) to third parties, please ensure that the same actions are carried out by them. Failure to promptly comply with these instructions will entail liability on your part for any continued or post notification usage. Therefore we thank you very much for all your attention and prompt action. We are sorry for the inconvenience this notification may cause and remain at your disposal for any further information you may require. (Photo credit should read STR/AFP/Getty Images)
STR/AFP/AFP/Getty Images
Now playing
03:00
Rainfall possible factor in fatal landslide
Reto and Barbara Salis/AFP
Now playing
00:51
Moment landslide hurtles towards Swiss town
Sierra Leone mudslide
CNN
Now playing
01:15
Hundreds dead, missing in Sierra Leone
china landslide mann_00003504.jpg
Now playing
00:46
Video shows moment of landslide in China
guatemala mudslide darlington pkg_00004219.jpg
Now playing
01:30
Guatemala landslide death toll rises to 161
People search for relatives after a landslide in Salgar municipality, Antioquia department, Colombia.
Raul Arboleda/AFP/Getty Images
Now playing
02:24
Red Cross: 'Entire families lost lives' in landslide
ns nepal earthquake/landslide_00000206.jpg
Now playing
01:47
Landslide caused by earthquake caught on camera
lklv udas nepal landside bodies_00003715.jpg
Now playing
01:02
Dozens of bodies found buried in Nepal landslide
nepal drone footage earthquake disaster relief orig_00011504.jpg
Now playing
01:28
Major landslide blocks aid for Nepal villages
dnt landslide moves house_00000226.jpg
KIRO
Now playing
01:12
Watch landslide knock home off its foundation
sot wolf california rock slide vercammen _00005521.jpg
Now playing
01:04
Homes buried by tons of rocks and mud

10 bodies have been pulled from the rubble, 15 people thought dead found safe

Thousands of rescuers are searching through rubble to find 93 people missing after a landslide devastated their village in Sichuan province, southwestern China.

According to the Mao County Government Press Office 10 bodies had been recovered since the beginning of the rescue operation on Saturday. The local government told CNN 93 people were still unaccounted for and 15 people thought to have died had been subsequently found safe. 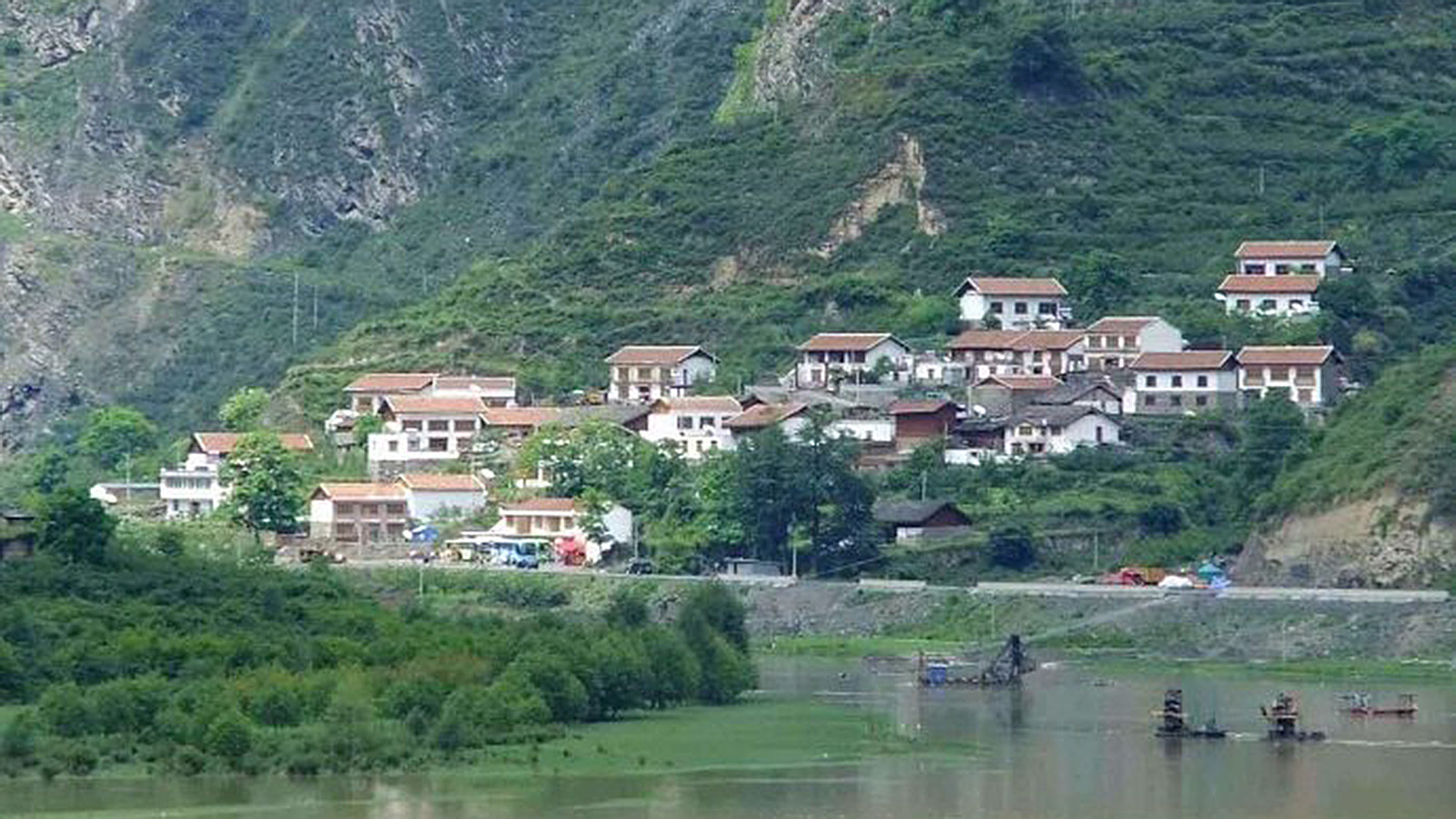 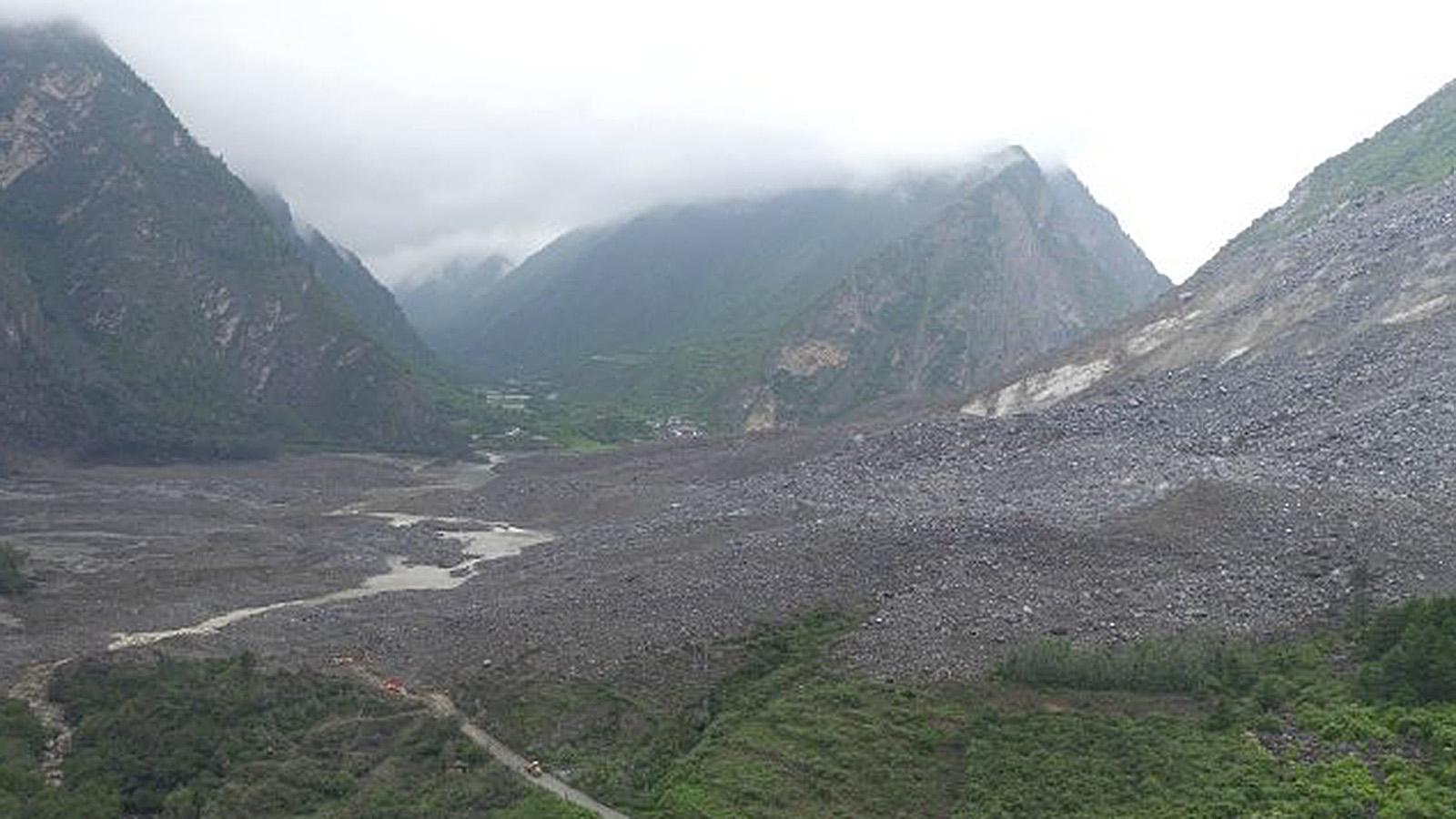 Those earlier reported missing range from an 80-year-old man to a girl aged just two and a half, according to a list released by Aba Prefecture’s government, state-run Xinhua news agency reported.

More than 2,500 professional search and rescue workers are operating at the scene, Sichuan provincial television reported.

Chinese President Xi Jinping has called for “all-out efforts” to save those who were buried. “Authorities must make maximum efforts to reduce casualties and prevent secondary disasters,” he said.

Authorities launched the highest level of disaster response. Relatives of the missing and those suffering losses in the disaster will be given appropriate care, Xi said.

Heavy rainfall is thought to be a possible cause of landslide, which happened about 6 a.m. local time Saturday, according to the provincial government’s Land and Resources Department.

A smaller second landslide caused huge rocks to fall onto the village, which made it more difficult for heavy machinery to get to the scene, police team leader Wang Yongbo told CCTV.

A family of three emerged alive from the rubble Saturday, the Mao County government said on its official Weibo page. The couple and their baby were being treated at the Mao County People’s Hospital, the post said.

Qiao Dashuai, whose infant is 1 month old, said he heard a loud sound and tried to close the door to his house against the wind, he told CCTV.

“I ran outside and felt this strong wind and saw water rushing towards us,” he said. “A rock fell into our living room. We slowly crawled out while holding our baby and escaped. People from a neighboring village gave the baby a bath, and looked for clothes for us and the baby. As we went to the crossroads, we saw an ambulance. The ambulance sent us to Mao County (Hospital).”

“Now we just have external wounds, and there aren’t any major problems. But my heart feels uncomfortable,” he said.

The landslide happened at a high part of a mountain and fell onto the village, blocking a 2-kilometer (1.25-mile) section of a river, Xinhua reported.

Emergency personnel work at the scene of the landslide.
Chinatopix/AP

Landslides’ causes are complicated and could include rain and unstable rock masses, an official from China’s Ministry of Land and Resources told CCTV.

“In this landslide, we feel that it is also because the whole mountain structure in Sichuan has become loosened following the earthquake on May 12, 2008. There is a drop in the ‘dynamic properties,’ and its stability has also decreased. The recent rainfall has triggered the landslide,” Tian Yanshan said.

“Earthquakes, mining activities – many man-made and natural activities can possibly trigger landslides. When the stability of the mountain structure has reached its maximum, any triggering factor could lead to landslides,” Tian said.

UN Secretary-General António Guterres issued a statement through his spokesperson saying he is saddened about the deaths and devastation from the landslide.

“The secretary-general salutes the efforts of the national relief and recovery teams. The United Nations stands ready to support the authorities in any way it can if needed,” the statement reads.

“The secretary-general extends his condolences to the people and government of the People’s Republic of China and wishes those injured a speedy recovery.”