Police release more recordings from the shooting of Charleena Lyles

Police have released audio from two officers, Lyles' 911 call and hallway video from her apartment

Infuriated after a pregnant black woman was shot and killed by police, protesters marched from the apartment building where Charleena Lyles died to downtown Seattle on Thursday night.

“Say her name!” one man shouted.

The crowd roared back: “Charleena!”

They marched through downtown yelling, “Hey, hey, ho, ho. Racism has got to go.”

Police say two officers opened fire after Lyles, 30, confronted them with two knives on Sunday. Her family and community members blasted their decision to use deadly force on the mother of four and questioned why other alternatives weren’t used.

Tributes are placed at a makeshift memorial for Charleena Lyles.
KOMO

“We continue to have black men and women being shot and killed by police,” Michelle Sarju who attended the march told CNN affiliate KOMO. “At some point, we have to do police reform. I grew up in a family of police officers and this is an embarrassment to the profession my grandfather and my dad chose.”

Seattle mayor Ed Murray called the incident a tragedy and said it would be “fully investigated” by a federal monitoring team. The police have been releasing video and audio files online saying it was “in the interest of continued transparency and in response to ongoing requests.”

On Thursday, Seattle police released Lyles’ 911 call and a video recording from her hallway, showing the 24 hours leading up to the shooting.

On Sunday, shortly before 9 a.m., Lyles called 911 to report a break-in and told the operator that her door was open and that “there’s stuff missing,” from her home. She told him that she had left about two to three hours ago and when she came back, the door was open.

The hallway video from her apartment showed Lyles leaving and entering, but didn’t show anyone else going inside her unit. 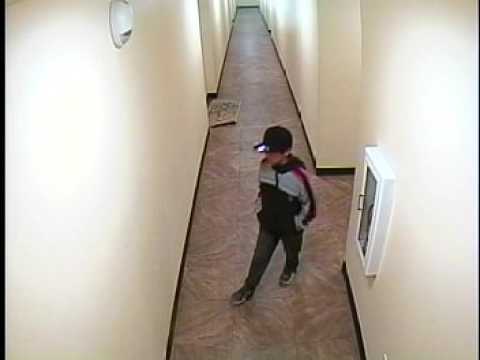 They arrived to her apartment knowing of a previous incident she had with police earlier in the month. She had been arrested and charged with obstruction of a public officer and harassment of a law enforcement officer on June 5. That police report described Lyles as having “armed herself with a pair of extra long metal shears” and that she had been “threatening the officers.” She was released conditionally June 14.

The encounter between the officers and Lyles started calmly as heard in an audio recording. But it suddenly escalated with the officers saying “get back” repeatedly. Shots were heard in the audio.

Three children were in the apartment at the time of the shooting, police said.

“When we call police for help, we expect protection. We expect safety. It was their responsibility to protect her and they didn’t,” James Bible, an attorney representing family members of Lyles, told CNN affiliate KIRO.

McNew and Anderson are currently on paid administrative leave while the shooting is under investigation.