They have two years in which to hold the ceremony

A new group of stars will be getting stars.

The Hollywood Walk of Fame Class of 2018 was announced Thursday with inductees from the fields of music, movies, TV, radio and live theater. 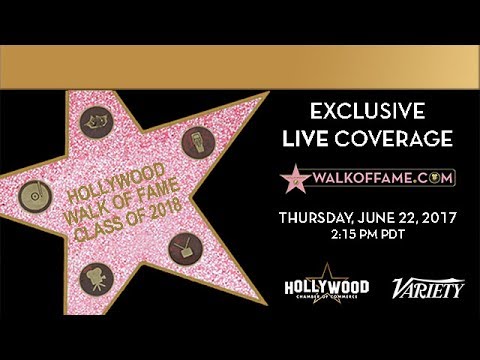 Related: Getting a star on the Walk of Fame isn’t a cake walk

Miranda and Yankovic were actually dining together when the announcement was made. The “Hamilton” creator couldn’t help but document the moment on Twitter.

The craziest part of all this was I WAS HAVING LUNCH WITH @alyankovic WHEN SOMEONE TOLD US WE'D BOTH BE GETTING STARS. FOR REAL. pic.twitter.com/z3L8PvYNyW

“The craziest part of all this was I WAS HAVING LUNCH WITH @alyankovic WHEN SOMEONE TOLD US WE’D BOTH BE GETTING STARS,” Miranda tweeted, along with a photo of the duo. “FOR REAL.”

Related: Test your knowledge of the Hollywood Walk of Fame

Bindi Irwin celebrated the news by sharing a photo of herself as a child with her father.

“Dad changed the world by reaching out to people through their television screens to bring them on the adventure of a lifetime. To have his name on a Hollywood Star means the world as we carry on his important work,” her caption read.

Irwin died in 2006 after a stingray punctured his heart.

Dates for the star ceremonies have not yet been announced.