‘The Big Sick’ delivers healing dose of heart and comedy

“The Big Sick” is the kind of little movie that’s likely to have a big impact, perhaps especially on the career of comic and “Silicon Valley” co-star Kumail Nanjiani, whose deeply personal story is the basis for the film. Produced by comedy kingpin Judd Apatow, it’s an unorthodox romance, set against a backdrop of clashing cultures and America’s melting pot.

Still, he’s reluctant to broach the relationship to his family, especially since his mom – who still believes in arranged marriage – keeps surprising him with eligible Pakistani girls. The situation drives a wedge between him and Emily, which makes it all the more awkward when she is suddenly put into a medically induced coma by a mysterious malady.

Emily’s illness forces Kumail not only to think about the depth of his feelings but to interact with Emily’s parents (Holly Hunter, Ray Romano), who have rushed to New York from North Carolina to be by her side. Hostile toward Kumail at first because of what their daughter’s shared with them, the gradually thawing relationship between them is among the movie’s sweeter attributes. 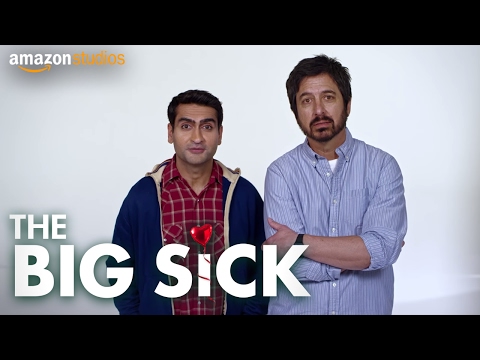 Written by Nanjiani and Emily V. Gordon (as in the real-life Emily), director Michael Showalter brings ample comedy to the story but also genuine warmth and depth. Foremost, he realizes that to publicly reject his parents’ values will risk driving a wedge between them, even if he throws a rug on the floor in the garage and plays games when he’s supposed to be praying.

“The rules don’t make sense to me,” Kumail says, at another point asking why his parents came to the U.S. if they still wanted to cling to their marital traditions. While culturally specific, it’s the sort of argument that will resonate with anyone who has clashed with more conservative values harbored by their parents.

In presenting Nanjiani as a romantic lead, “The Big Sick” is perhaps less groundbreaking than it might have been only because niche television series, such as Netflix’s “Master of None,” have also explored the minority experience in funny yet dramatically ambitious ways. Even so, this is an impressive first feature, one that resonates more strongly thanks to its fact-based underpinnings.

What Nanjiani does for an encore will obviously be challenging, given the personal nature of the film. But once his parents see the early reviews for “The Big Sick” when it hit the festival circuit, they can at least stop asking him about law school.

“The Big Sick” premieres in limited release on June 23 and widely on July 14. It’s rated R.