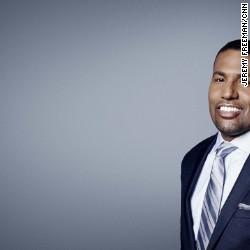 The police continue to escape accountability as soon as they say that they feared for their lives, Jackson says

Editor’s Note: Joey Jackson is a criminal defense attorney and a legal analyst for CNN and HLN. The views expressed here are solely his.

Yet another black man dead, and yet another police officer exonerated for killing him. Seems a lot like deja vu. Haven’t we seen this tragic movie before – all over the country? When investigated, the police are not indicted. And when indicted, they are not convicted. The venue this time – Minnesota; the victim, motorist Philando Castile.

So what did Castile do that led to this tragic fate? He was driving with a broken tail light while supposedly fitting the description of a robbery suspect. His girlfriend, Diamond Reynolds, was in the passenger seat while her 4-year-old daughter was in the back. Upon being stopped, he reported to Officer Jeronimo Yanez that he had a firearm on him. Thereafter, when attempting to produce his driver’s license as instructed, and trying to unbuckle his seat belt to do so, he was shot dead in a hail of seven bullets.

That’s it! No verbal confrontation. No physical altercation. No disrespect of the police officer. No questioning of law enforcement authority. Instead, Castile was totally and completely compliant. Yet, he lost his life anyway. Really!

What’s even more compelling is that Officer Yanez appeared unhinged in the viral Facebook Live video. Even after firing the barrage of fatal shots, Yanez stands outside the car, with his gun still trained on a bleeding and dying Castile while yelling hysterically: “I told him not to reach for it. I told him to get his hands open.” Contrast this with Reynolds’ calm and composed demeanor, while she addresses Yanez as “sir,” and reminds him that what he asked Castile to do was produce his driver’s license.

Castile's mom: Our civilization is devolving

While we have no choice but to respect the judicial process, and accept the jury verdict, can we really blame people for being outraged, and taking to the streets in peaceful protest? How did a jury not see what the rest of the world did? And why does, and how could, this continue to happen? Will there ever be accountability? Or will those who have guns, wear badges, and say that they feared for their life, be given repeated immunity?

To be clear, what everyone witnessed was the aftermath, and not the incident itself. However, Reynolds gave her rendition of events immediately after the shooting – for the world to see. And the gun that Castile made sure to tell the officer he had, was still in his pocket when he was shot.

Yanez is the only one who appears to be hyper and out of control. Reynolds is respectful and polite – despite witnessing her boyfriend dying before her. Even her 4-year-old daughter is more composed than Yanez, as she reassures her mom by saying “it’s okay, I’m right here with you.”

What does it say when a civilian is more level-headed and restrained than law enforcement? Worse, what does it say when a 4-year-old has to calmly sooth and reassure her mom after witnessing an officer lose his composure. Should we expect children to be more reasonable than a man with a badge and gun?

Oh, but wait, Yanez feared for his life. And let’s not forget the marijuana in Castile’s system that the defense made much of at trial. I guess that justified killing him, especially after he told the officer he had an gun, and was asked to produce his license. Not!

Let’s be clear. No one is saying that Yanez woke up that morning in July last year looking to kill a black man. That’s not what the jury was considering, nor is that what I’m claiming here. Instead, he was charged with acting carelessly, irresponsibly and unreasonably. Even Stevie Wonder could see that this was the case.

The fact that Castile is dead – for no reason, and that yet another officer escapes accountability is a shame. The public expected better and deserved more from Yanez. Castile certainly did – and so did his family. When will this madness stop?