If there’s one lesson to take from the first 150 or so days of Donald Trump’s presidency, it’s this: He prizes loyalty to him above all else.

Trump’s commitment – beyond all available evidence – to fired national security adviser Michael Flynn is the leading example of Trump’s unstinting loyalty to those he feels have been loyal to him.

But Flynn is far from the only example of the power Trump invests in loyalty. We got another one Friday morning when the New York Daily News reported that Lynne Patton would be put in charge of an arm of the Housing and Urban Development department that oversees federal housing in the New York and New Jersey region.

A spokesman for HUD, Jereon Brown, said the position remains open and there has not been a nomination or appointment. “I can’t disclose more about it because I’m not familiar with the process,” he said.

Patton is already in a senior role at HUD and has appeared at White House events alongside HUD Secretary Ben Carson.

Thing is, as the Daily News notes, Patton has zero experience in housing matters – federal or otherwise. What she does have is close ties to the Trump family. According to Patton’s LinkedIn page, she began working for The Trump Organization in May 2009. Starting in 2011, she served as the vice president for the Eric Trump Foundation and a “senior aide” to the Trump family.

The Guardian reported back in February that she helped put on Eric Trump’s nuptials, which were in November 2014. In June 2015, again according to LinkedIn, Patton became a “senior adviser & family liaison” to Trump’s presidential campaign. Since January, she has been a senior adviser and director of public engagement at HUD in Washington.

The Daily News report raises questions about Patton’s education background. “She also claims on her LinkedIn page to have obtained a juris doctorate degree in 2000 from Quinnipiac University School of Law in Connecticut,” reads the story. “Next to the J.D. notation is written (N/A) without explanation. On Thursday school registrar Jim Benson said Patton attended for two semesters but did not graduate.”

Patton appeared to address the “N/A” on what appears to be her personal Twitter page, pointing out that she attended but did not graduate, so the N/A referred to graduation.

Or conversely "When did you finish law school" but you know you never did, you could answer N/A because it doesn't apply to you 🙄 #NeverLied pic.twitter.com/n63eZj4A4v

“‘When did you finish law school’ but you know you never did, you could answer N/A because it doesn’t apply to you #NeverLied”

Patton offered a heartfelt video testimonial to the Trump family during the Republican National Convention in 2016. She also spoke at the convention, insisting: “I know Mr. Trump. I know his heart and I know his passion for this country to be true.” As for Trump’s children, Patton said: “I love you like the siblings I never had…you are my heroes.” 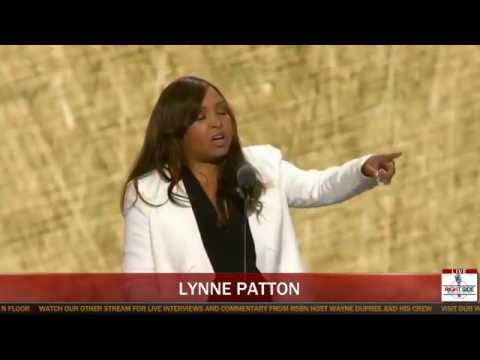 The elevation of Patton follows a familiar pattern in Trump’s life – both in and out of politics. He keeps a very small inner circle comprised of his family and a handful of trusted aides who work for the family. Patton is squarely in that inner circle.

Trump likes loyalists. He likes to reward those people. He’s less concerned about someone’s specific qualifications for a job as he is that they are a person he can trust to be loyal.

Remember that the head of HUD, Patton’s boss, is Carson – a world renowned neurosurgeon but not someone with extensive experience in the federal housing world. “Ben Carson has a brilliant mind and is passionate about strengthening communities and families within those communities,” Trump said in announcing the Carson nomination.

What he didn’t mention – but mattered deeply in his decision to pick Carson – was the fact that the famed surgeon, who ran for the 2016 presidential nomination, had become one of his most loyal surrogates as the campaign wore on.

Loyalty to Trump is the most important line in anyone’s resume. Patton’s reported appointment is yet more proof of that fact.