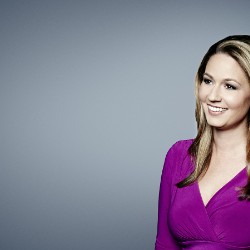 With only 450 residents, Tangier Island is what many would call a hidden gem. I certainly thought so when I first arrived.

We took an hour ferry ride from Reedville, Virginia, to this tiny island in the middle of the Chesapeake Bay, 93 miles from Washington. Arriving in the harbor, we saw crab houses resting on piers, crab traps stacked high, one on top of another, a dozen fishing boats moored in the harbor and a few people waving hello on the docks.

The island’s quirky little town doesn’t have any cars. Bikes and golf carts are the modes of transportation, and everybody knows everybody.

It’s an island that prides itself on its rich history. The island was discovered in 1608 and many of the residents are descendants of the very first settlers on the island. We watched crabbers unload their traps, school children leaving for school and restaurants serve up delicious crab cakes as they always have.

It was hard to believe that this lively island is on the brink of non-existence within the next two decades. That’s when we saw a 7-year-old girl selling homemade slime (a silly putty like concoction) to raise money to “Save Tangier.”

Tangier Island is losing roughly 15 feet of coastline per year. It is now only 1.3 square miles and is shrinking more and more every day. The residents here are extremely scared that if something isn’t done soon, their homes and livelihoods will be washed away by the Chesapeake Bay.

He’s a waterman just like many of the men on the island and knows it’s only a matter of time before it’s too late. He firmly believes that Tangier can be saved, but help has to come very soon.

“During the hurricane season we’re just holding our breath and we’re just praying that we don’t get a storm,” Eskridge says.

The more I talked to the people on this island, the more it dawned on me how vulnerable this place is – in more ways than just sea-level rise. I spoke with Earl Swift, who is writing a book about Tangier. He has lived on the island part time for the last two years and said, “if you make the decision that whether or not you save a place is simply a function of headcount, then Tangier doesn’t have a chance.”

Related Article As the seas around them rise, fishermen deny climate change

It’s a harsh, but true, reality for the people here. Are we only going to save the big cities like Miami, New Orleans, Boston and New York – and let all the small towns wash away because they don’t have enough people? That moment gave me a jolt because if we lose the small towns and only save the big cities, we lose so much more than places that people call home. We lose history, tradition and pieces of the foundation this country was built upon.

Swift added that if this is true, “it’s a dangerous slope to start sliding down because then you find yourself having to come up with what number is the baseline, and that would be a real shame to see us get to that point.”

Eighty-seven percent of the island voted for President Trump. It doesn’t bother them that he pulled out of the Paris climate agreement. The residents on Tangier look at the decision as more money it will free up to help them build the infrastructure they need to save their island.

When I asked people their thoughts on climate change, everyone had the same answer. They said it doesn’t matter what’s causing it. They are sick of hearing debates about human-caused or natural cycles. They want people to open their eyes and see what’s happening to Tangier.

They say at this point the cause is irrelevant – the water is rising fast, and it’s rising now.

Related Article Tragedy of a village built on ice

“I agree with the science behind sea-level rise and global warming but its all irrelevant to us right now. We’re worried about washing away,” resident Bruce Clark Gordy said.

Before leaving the island, we took a boat ride up to a place about a mile and a half from Tangier called the Uppards. What used to be a thriving community is now nothing more than a strip of sand. We took a walk along the shores of Uppards with Tangier resident Carol Pruitt-Moore, as she does every day. The only signs there was once life here were the tiny spice bottles we found washed ashore, broken pieces of pottery and even cracked headstones. The grave we saw was Polly Parks, whose descendants live in Tangier now, according to Carol.

Carol says she realizes there is a good chance that one day someone will be walking along the abandoned shores of Tangier, picking up the pieces of her life, as she does the Uppards.

As the days go by, the residents here won’t give up hope that help will be here someday to save their tiny island. But they know the reality is time is running out. And it’s a burden their mayor knows all too well. He may be the last generation to call this tiny gem home.

“The island disappearing. It’s on everybody’s mind when they wake up and when they go to bed. It’s always in the back of your mind. Sure is, always.”

Kimberly Berryman contributed to this report