How the grand conservative experiment failed in Kansas 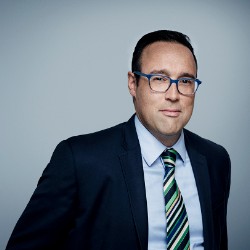 While a lot of the country swung to the right in 2016, Kansas swung back toward the center

Brownback promised to gain 25,000 private sector jobs a year during his re-election campaign and the state is not close to achieving that

When then-Sen. Sam Brownback was elected governor of Kansas in 2010, he promised to turn the state into a fiscal conservative paradise. For residents of the Sunflower State, the intervening years have fallen well short of that dream. Brownback’s struggles reached a climax earlier this week when the strongly Republican state legislature jettisoned the tax cuts that had been the centerpiece of his governing vision. I reached out to Bryan Lowry, a political reporter at the Kansas City Star, for answers. Our conversation, conducted via email and lightly edited for flow, is below.

Cillizza: Earlier this week, a heavily Republican state legislature overrode a veto of a tax increase by the conservative governor. So, what gives?

Lowry: While a lot of the country swung to the right in 2016, Kansas swung back toward the center. Moderate Republicans ousted conservative incumbents in the August primary last year, and Democrats also made gains in the November general election – even though the state went for Trump by double digits. These candidates won their elections specifically by campaigning on a promise to repeal Gov. Sam Brownback’s 2012 tax cuts.

These tax cuts, which Brownback had promised would lead to astronomical job growth, had really become politically toxic over the last four years. The state was running into a budget crisis every six months pretty much from November 2014 onward. For the current year, Kansas faced a roughly $900 million budget shortfall (over the next two years) and an order from the Kansas Supreme Court to increase education funding, so raising taxes was pretty much unavoidable unless you really wanted to make deep cuts to everything but K-12 education. And after three sessions of looking for one-time fixes, I think a lot of members of the Legislature were just ready to end the perpetual budget crisis.

Don’t lose sight of the fact that this was a bipartisan effort. No faction of the Legislature – Democrats, moderates, conservatives – held enough seats to pass a tax plan on their own.

Cillizza: Brownback, from the second he was elected, portrayed his governorship as an experiment in conservative governance. Is the veto override the final sign that the experiment failed?

Lowry: At the very least, it failed politically in the last election. And Brownback’s signature policy – exempting the owners of limited liability companies and other pass-through business owners – was the part that really took the policy down with the general public. Even a lot of conservatives were running away from that part of the tax plan by 2016 because there was a real backlash against a policy that wage-earners found unfair. It was a really effective talking point: Why are you paying taxes on your wages when your boss isn’t?

But I think if you look at statistics, it’s hard to argue that this policy lived up to Brownback’s promises. The governor promised to gain 25,000 private sector jobs a year during his re-election campaign and the state is nowhere close to achieving that. Kansas ranks 48th in the nation for private sector job growth for April 2016 to April 2017.

Brownback has blamed that on other factors like a sagging commodities market, but most of the states around Kansas have been able to grow jobs at a faster rate in recent years. Even the supporters of the tax cuts who think it would have spurred economic growth in the long term think Brownback erred by not aggressively cutting spending. The tax cuts did not pay for themselves.

Cillizza: Kansas has long had a sort of civil war between moderate Republicans and conservative Republicans. What’s the status of that fight today?

Lowry: The fight just escalated. Kansas Secretary of State Kris Kobach just launched his campaign for governor Thursday. Kobach has crafted some of the strictest voting laws in the country and has been at the forefront of the movement against illegal immigration that carried Donald Trump into the White House.

At his campaign kickoff Thursday, he made a point of hammering the moderate Republicans who voted for the tax increase, accusing them of the stealing from hard-working Kansans. He linked the tax increase to the amount of money the state spends on providing public services to illegal immigrants, citing figures from the Federation for American Immigration Reform, a group that the Southern Poverty Law Center considers extremist.

Kobach succeeded in linking the voting issue to immigration when he first ran for secretary of state in 2010, so it will be interesting to see if he succeeds in this effort to link immigration to taxes in the 2018 governor’s race.

2018 could bring the Brownback tax cuts back to life if Kobach wins the governor’s race and the moderates who voted for the tax increase don’t win their primaries. Expect heavy spending from Koch-linked groups, such as Americans For Prosperity and the Kansas Chamber of Commerce.

Cillizza: Democrats came close to beating Brownback in 2014. Do they have any real hope of winning an open seat next November?

Paul Davis, the man who came close to beating Brownback in 2014, is going to pursue an open congressional seat after (Republican Rep.) Lynn Jenkins announced she won’t seek re-election. A lot of Democrats still saw Paul as their strongest statewide candidate.

So far, two Democratic candidates have officially declared and another one has hinted at a run and the three men represent really different strands of the Democratic Party.

Carl Brewer, the former mayor of Wichita, would be the first black governor of Kansas if he wins. Josh Svaty, a former lawmaker and state secretary of agriculture, has a lot of rural Democrats excited. He’s a farmer. He’s only in his 30s. And he has a lot of policy experience. But he had (an) anti-abortion voting record and some progressives are very wary about his candidacy. And then, finally, there’s Jim Ward, the current minority leader of the Kansas House. Ward has a reputation as a progressive bomb thrower. He’s been one of Kobach’s and Brownback’s fiercest critics in the Legislature and I’m picturing a state fair debate between him and Kobach going down like a vintage WWF title match.

Cillizza: Finish this sentence: “The lesson Republicans nationwide should take from Brownback’s plight is __________.” Now, explain.

People love the idea of tax cuts, but they don’t always love the consequences. Brownback entered office in 2011 with a huge mandate, but six and half years later he’s become almost a pariah for doing exactly what he said he’d do: Cutting taxes.