5 reasons why dancing is good for your health

Dancing can be a great workout for your heart and mind

Athletes have trained alongside dancers to improve balance and flexibility

Whitney Thore had gained nearly 100 pounds. It stemmed from polycystic ovary syndrome, and she found it hard to accept her larger figure.

Her emotional distress peaked while she was living abroad and dealing with a breakup. Frustrated and unable to find relief, she turned on some music and started to dance.

“I was all alone in an apartment by myself, and I closed my eyes and just naturally let my body move the way that it wanted to, which is something I hadn’t done in over a decade. And as I’m just moving, just swaying, eventually I started moving more and more. And within minutes, I was just crying,” she said.

The catharsis she found in that moment was powerful; it jarred her, so much that she didn’t dance again until she was back in the United States and a friend encouraged her to film a routine with him. The resulting viral video catapulted Thore into the spotlight. 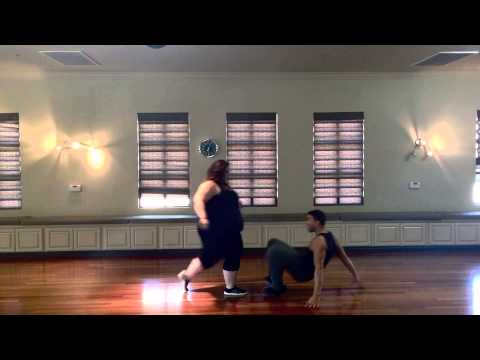 But Thore, now 33, says she wasn’t looking for fame or notoriety. The self-proclaimed “fat girl” known for her appearances on the television show “My Big Fat Fabulous Life” says that more than anything else, dance has had a positive impact on her health.

“After I gained all the weight, I pretty much stopped doing any physical activity, so dance is what opened the door back up for me,” she said. Beyond the physical benefits, Thore says, she noticed overnight a positive impact on her mental health as well.

“Once I realized that I could dance I thought, ‘well, what else can I do?’ And then I started getting back in the gym, and I started boxing and started running on a treadmill,” she said.

Dancing is often considered a recreational activity and all too often overlooked for the positive physical, mental and social health qualities.

As Thore describes it, “dance is the most basic and most honest form of communication between my mind and my body and between me and the world.”

And as Emily Sandow, supervisor of dance physical therapy at NYU Langone’s Harkness Center for Dance Injuries, phrases it, “the integration of the body and the soul” is key to any healthy lifestyle and at the center of dance.

‘All you need is yourself’

Dancing, for Thore, provided a great cardiovascular workout that could be done anywhere without the hassle of going to a gym or any equipment. “You don’t need any workout tools; you don’t need any weights or machines or anything like that. Literally, all you need is yourself.”

The workout you get from dancing can vary depending on the type of movements being performed. At the end of an hourlong ballet lesson, participants have undoubtedly stretched various muscle groups and executed moves with precision and balance. A night out on the dance floor at a club or wedding reception, however, often results in an increased heart rate for a longer period.

Tarver poses in February with some faculty headshots she found from 2011 and 2012. "The one on the right was taken right after I started working out and so I was feeling more driven to do my hair and wear makeup. The one on the left was my second year of teaching and it is clear I did not care how I looked."
Courtesy Roni Tarver

Teacher dances off 100 pounds to find her dream body

Also, Sandow says motor skills also stand to benefit, in both little ones and aging adults. “Although it looks like a highly specialized form, we still work on the fundamental principles of movement that every individual need to acquire to be able to go from a baby crawling on the floor to kneeling, walking, running, jumping, kicking.”

And for older adults, she says, “it’s great for your range of motion and allowing the joints to move freely through all planes of motion.”

Doctors have been trying for decades to find innovative ways to slow the cognitive decline seen in older adults. Aga Burzynska, assistant professor of human development at Colorado State University, wondered whether keeping them active would slow memory loss.

“As we get older, in general, our cognitive functions start declining,” she said.

Lani Dickinson is a professional dancer, who was born without an left arm.
David Hodge and Hi-Jin Hodge

Dancer with one arm shows beauty has no bounds

So Burzynska focused her research on the issue and looked into ways to combat the deterioration. The resulting study was published this year in Frontiers in Aging Neuroscience.

Researchers looked at adults ranging from their 60s to their 80s who had no signs of memory loss or impairment. Participants were assigned to one of three activities: brisk walking, stretching and balance training, or dance classes.

Three times a week, those in the dance group practiced and learned country dance choreography.

At the end of the study, brain scans were done on all participants and compared with scans taken before the activities began. The dancers fared better and had less deterioration in their brains than the other groups.

Burzynska says this makes sense, because unlike aerobic exercise or stretching workouts, “there was definitely a lot of memory involved and a lot of learning.”

We’ve all been in need of a “mental break” from time to time. Dancing, Sandow says, can offer the escape your brain needs. “It’s a good counter-activity to being stuck on a screen and being home.”

Recording artist Lil B performs onstage during day 1 of the 2015 Coachella Valley Music & Arts Festival at the Empire Polo Club on April 10, 2015 in Indio, California.
Frazer Harrison/Getty Images for Coachella

Are music and happiness linked?

And science agrees. A 2014 study found positive changes in mood for recreational dancers. Participants had higher energy levels and were less tense compared with competition dancers, who had stress levels similar to those of other competitive athletes.

Not unlike a “runner’s high,” rhythmic movement has been shown to trigger the release of endorphins, which can boost your mood.

Personally, Sandow uses dance classes to recenter herself. “I find it’s a very indulgent time to just concentrate on myself. My brain quiets down, and it’s nonverbal, so I don’t feel like my mind is running,” she said.

As much of a mental exercise as a physical one, dancing keeps the mind sharp. A 2011 study found that dancing as we age helps improve cognitive flexibility, known to decline even in high-functioning older adults.

In adolescent females, a regular dance class positively impacted their mental health. A study by the American Medical Association found that adolescent girls had more positive thoughts and felt more confidence after dancing. They reported better feelings about their overall health after participating in structured dance classes that focused on enjoying movement rather than perfection and performance.

Each year, more than one out of four adults 65 and older suffers a fall. At the same time, millions of children and teens injure themselves playing sports. And although the two incidents may seem incredibly different, the potential solution is the same: fall like a dancer. Techniques taught in dance classes increase body awareness and encourage low-impact landings. These techniques, Sandow says, are not only useful for dancers on stage but for athletes who play impact sports, children developing motor skills and older adults concerned about injuries.

How dance is changing the lives of street kids in Rwanda

“The aging population is at high risk for falls, and we think dance, especially, can be beneficial in reducing the risk of falls, because dance is just a series of balance tests,” Sandow said.

She also pointed out that, compared with dancers, “athletes generally have more knee injuries, specifically ACL injuries, and we think that the specific jump training that dancers do could be prevention for knee injuries such as a ACL tear.”

Sandow explains that the moves and routines dancers are taught require elongated movements and full extensions, which leads to “less force generated on their body.” This movement control is why, she says, “you’ve seen the Method football player taking class with a dainty ballerina. To learn good alignment.”

Dancing has no age limit

No matter if you like doing the “The Hokey Pokey” at a party, the “running man” challenge in a social media video or performing on stage with a ballet company, everyone, no matter the level, has something to gain from dancing. The inclusive art is accessible to all with countless benefits being had.

Unlike with many forms of exercise, there are no rules when it comes to dancing. Participants range from toddlers to retirees; anyone can join in and enjoy the experience.

“We know that movement is good for everyone,” Sandow said. “A healthy lifestyle is integrating the mind, body and soul relationship, and dance has all of those characteristics.”

Thore said dancing forces you to feel your muscles, bones and joints, “and getting in touch with your body in that way is the first step to any kind of physical fitness.”